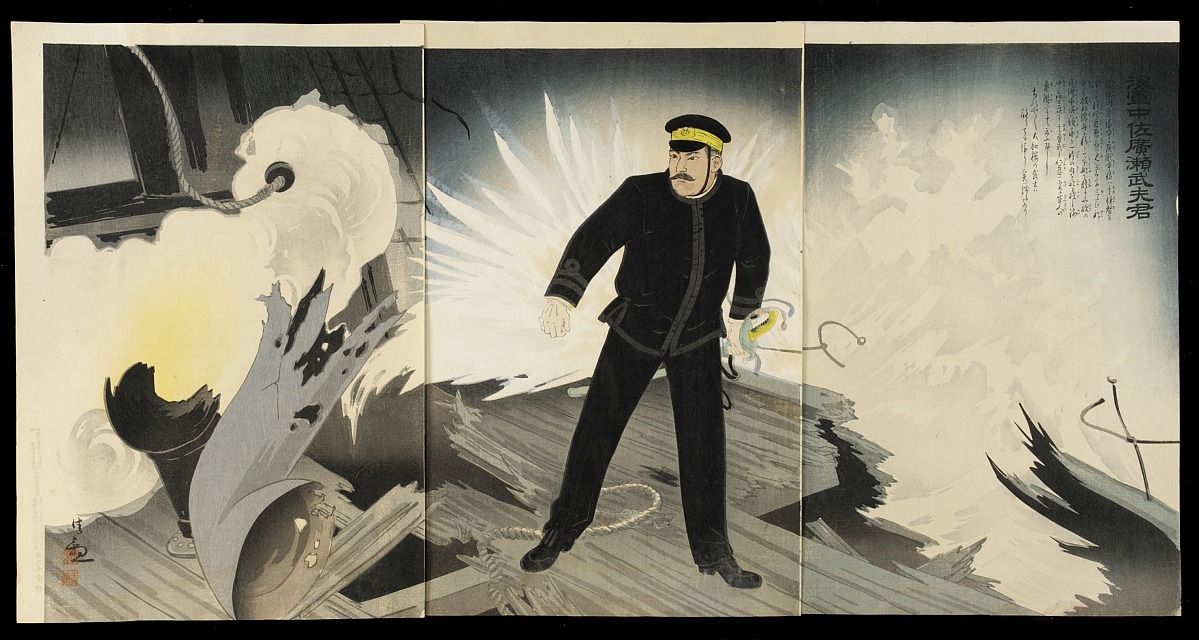 The heroic death of Hirose Takeo (1868-1904) on March 27, 1904, was one of the most highly publicized episodes of the Russo-Japanese War. Here one sees Hirose dashing across the exploding deck of the Fukui Maru, one of several ships that the Japanese navy scuttled at the narrow entrance to the Port Arthur harbor. During the course of the war there were several attempts to decisively seal off the harbor's narrow neck but none was totally successful. Hirose's warrant officer, Sugino, was setting charges below deck when a Russian torpedo hit the ship. Hirose returned to the ship from his launch three times to search for Sugino and was finally killed by a Russian shell.

Hirose graduated from the Imperial Naval Academy in 1889. From 1897 through 1902 he studied in Russia as part of Japan's overall strategy to glean as much information as it could about the nation and culture with which it presumed it would eventually have a military confrontation. Hirose developed an appreciation for Russian literature and was said to have opposed the war in which he nevertheless gallantly served. This somewhat romantic note of conflicting loyalties and ultimate sacrifice had traditionally been a central element in the hagiography of Japanese heroes.

Contemporary reports suggest that Hirose's engaging personality and cosmopolitan demeanor made him a favorite of European military observers and Western journalists. 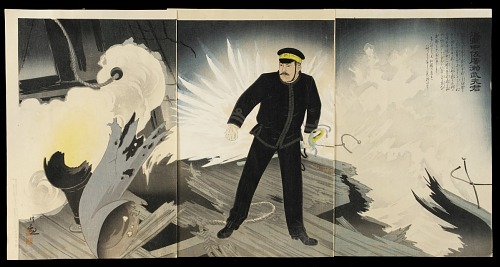