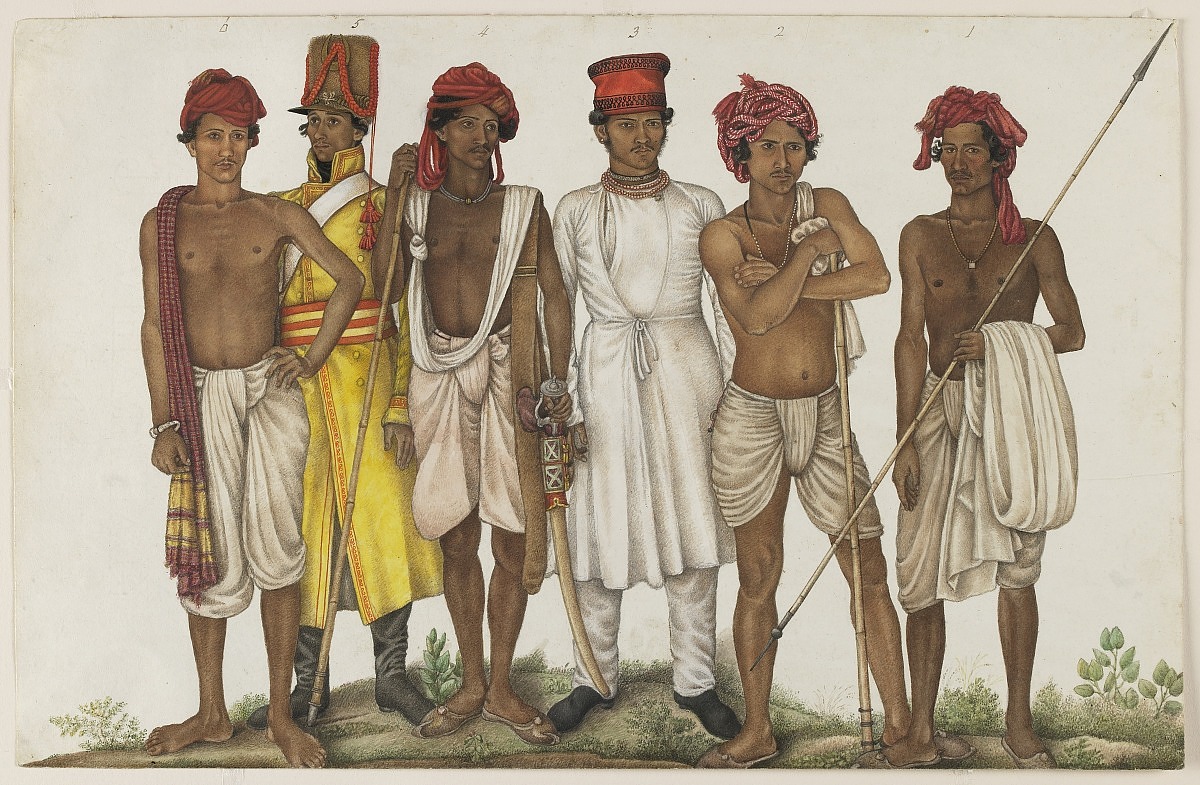 From 1999
Arthur M. Sackler Gallery, purchased from Francesca Galloway in 1999

[1] On July 7, 1980, the sale of "Fine Oriental Manuscripts and Miniatures" at Sotheby's, London, included "seventy-seven lots of company drawings and miniatures from the collection of William Fraser (1784-1835)," works that had been in the possession of the Fraser family in Scotland since William Fraser was assassinated in 1835 by Kareem Khan, acting under orders from Shamsud-din, Nawab of Firozpur. William Fraser was the younger brother of the amateur artist James Baillie Fraser, and served in India as a secretary to Sir David Ochterlony and then Mountstuart Elphinstone. A history of the Fraser family, and a thorough discussion of these illustrations, was subsequently published (see Mildred Archer and Toby Falk, India Revealed: the Art and Adventures of James and William Fraser, 1801-35 (London: Cassell, 1989).

"Six Recruits" was included in the sale among forty-five Company school watercolors executed in Delhi and during an expedition by William Fraser (alongside Col. James Skinner) to the Himalayas in 1815-19. Col. Skinner employed the artist Ghulam 'Ali Khan to document the recruits he was gathering to serve among his troops (according to Curatorial Remark 1, Milo C. Beach, January 14, 1999, in the object record). See also, Provenance Remark 1 in the object record.

Ghulam Ali Khan is widely recognized as the great master among Company School painters. His exceptional rendering and sympathetic characterizations document Indian soldiers not as exotic types but as distinct individuals—from the swaggering Rajput in regimentals (second from left) to the almost fragile youths in village dress. 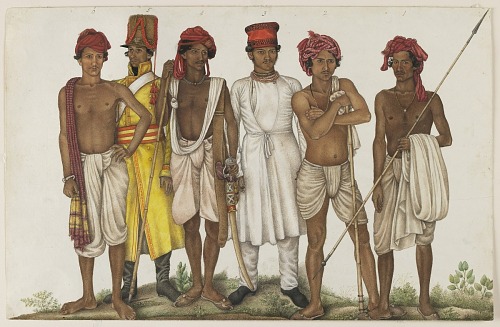