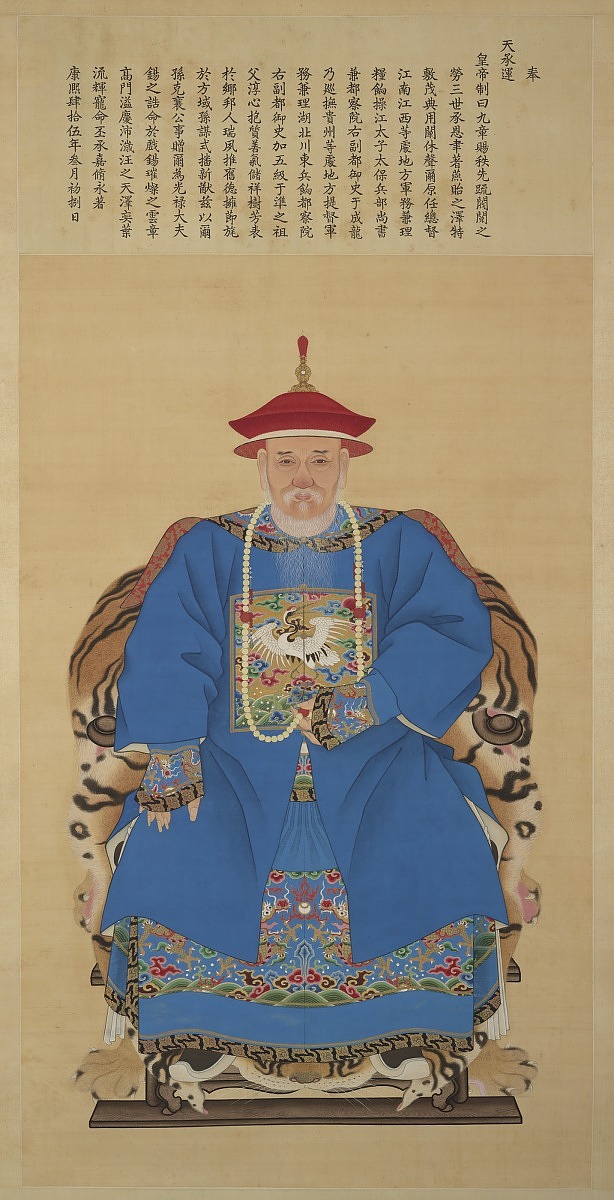 From 1997
The Arthur M. Sackler Gallery purchased from the Estate of Richard G. Pritzlaff [7]

Notes:
[1] Wu Laixi 吳賴熙 (alternate romanization: Wu Lai-hsi) was an antiquities dealer who often sold high-quality, imperial goods sourced from Chinese nobles, among other sources. Active in the 1930s and 1940s, Wu Laixi purchased portraits in China, reportedly for his personal collection and for resale; he took great pride in his collection, labeling himself as the first collector of Chinese ancestor portraits.

In 1937, Wu sold portraits to the American, Richard G. Pritzlaff, who was visiting China. Pritzlaff and Wu remained in touch for the remainder of Wu's life. This portrait was one of those sold in 1937, according to conversation between Jan Stuart and Richard Pritzlaff in 1990 held at Pritzlaff's New Mexican Ranch. See also Jan Stuart & Evelyn S. Rawski, Worshiping the Ancestors: Chinese Commemorative Portraits (Stanford & Washington: Stanford University Press with Smithsonian Institution, 2001), 22.

[5] See note 4. While Pritzlaff arranged for the Arthur M. Sackler Gallery to acquire most of his collection through partial gift and partial purchase in 1991, he kept this painting until he died.

Judging by the date of 1706 in the inscription above the portrait, this painting may have been created to commemorate Yu Chenglong's posthumous receipt of an imperial promotion. The style in which the face was rendered, however, suggests that this painting was actually produced in the nineteenth century, and the inscription may have been either copied from an earlier portrait or taken from it and remounted above this painting. Yu is depicted with a red nose. Was this a sign that he was fond of drinking, a fact cited in his biography? The treatment of Yu's nose stands out as an example of the realistic touches often found in Chinese portraits, whether posthumously executed or not. 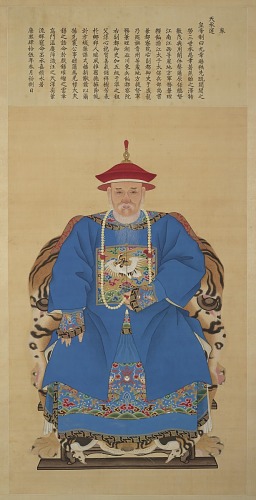