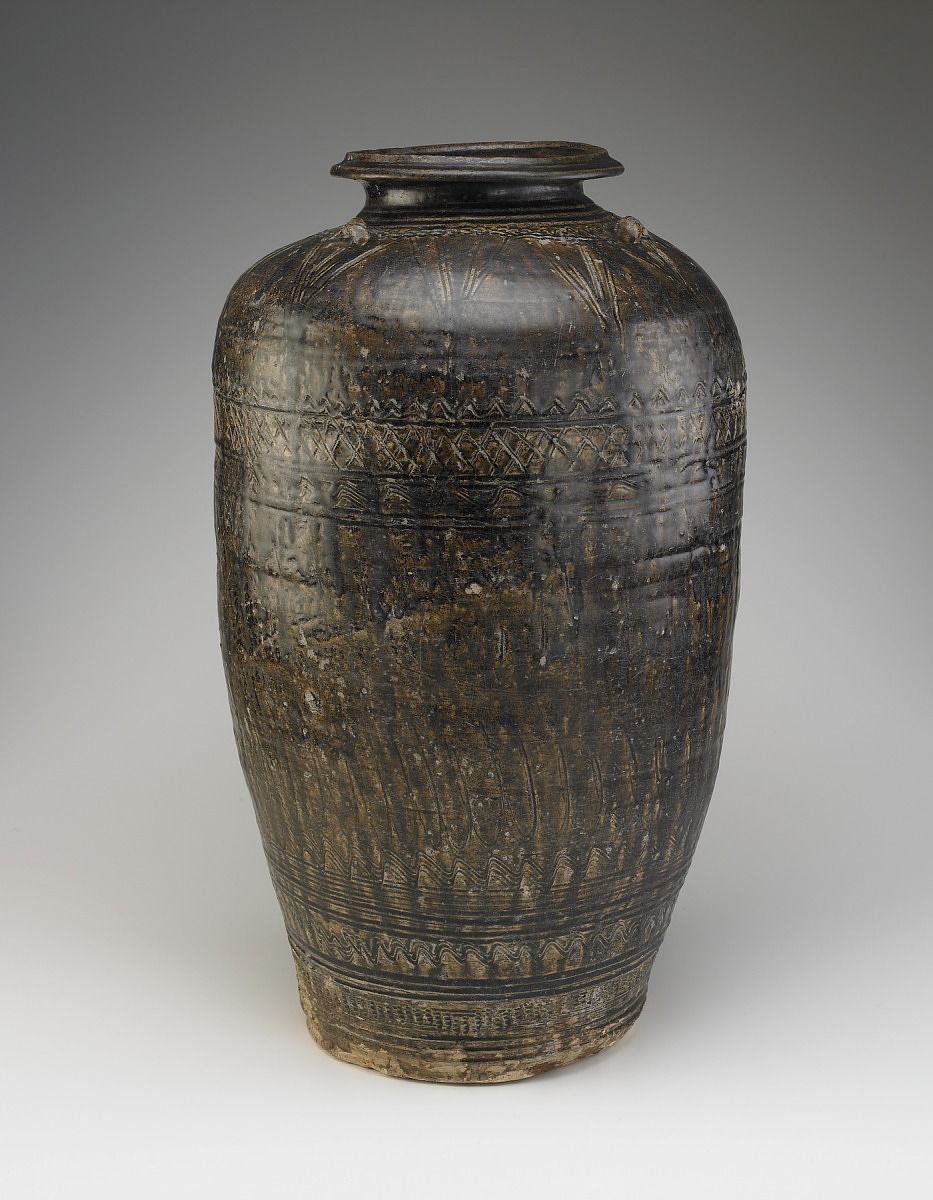 [2] Ownership of collected objects sometimes changed between the Hauge families.

The basic purpose of large jars of this shape was storage, but Khmer devotees also earned religious merit by donating utilitarian ceramics to Hindu or Buddhist temples and monasteries. Two jars similar to this one, excavated within the bounds of the Khmer Empire, bear dedicatory inscriptions incised on their shoulders beneath the glaze, indicating that their donors ordered them especially for donation. 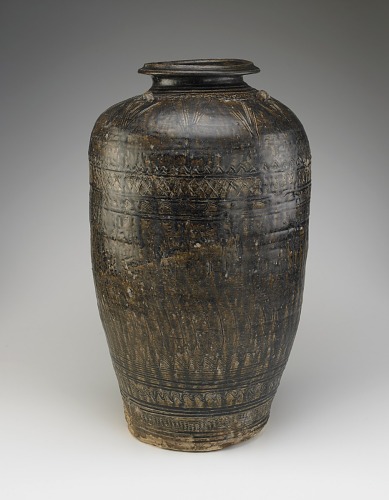