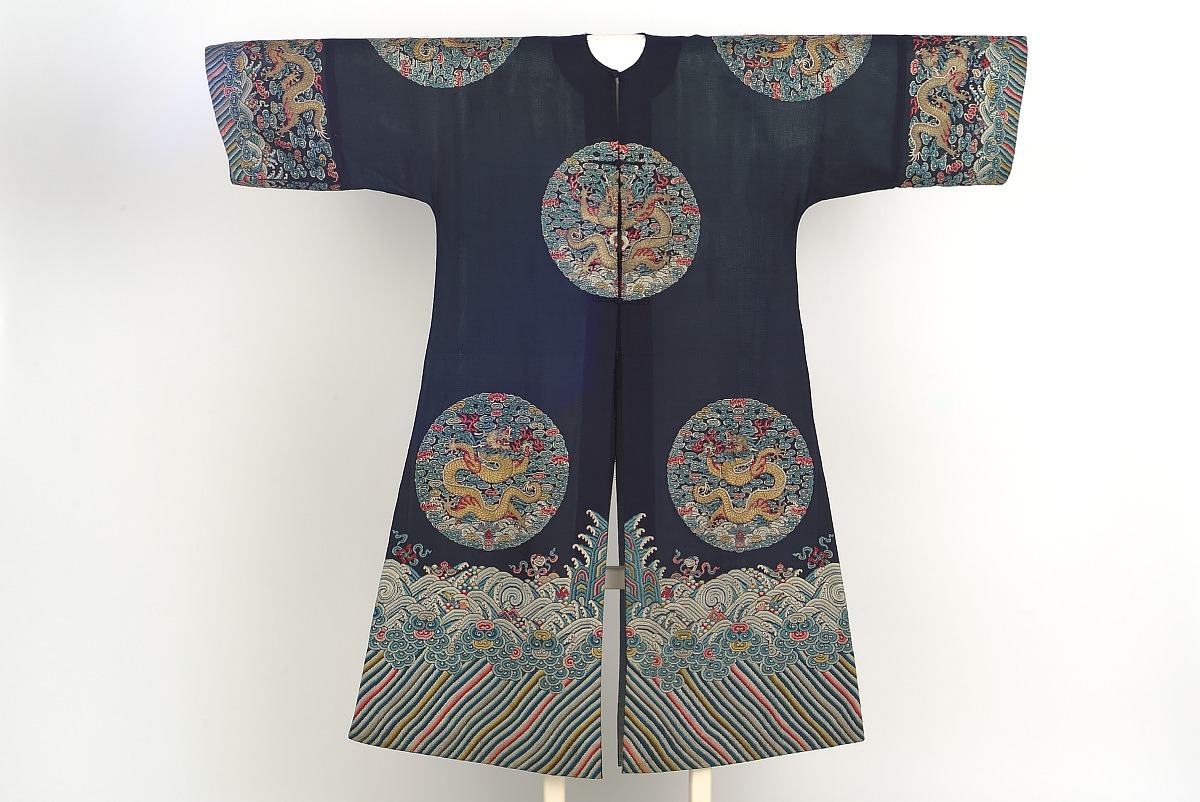 From 1990 to 1992
Linda Wrigglesworth, Chinese Costume and Textiles, London, purchased through Kathy Judkings at Butterfield & Butterfield on November 2, 1990 [2]

[1] According to Linda Wrigglesworth, Chinese Costume and Textiles, London, Butterfield & Butterfield’s representative Dessa Goddard stated that the robe was consigned in the 1990 Butterfield’s auction by an elderly California woman who had had the robe in her possession for approximately sixty years, see Memo from J. Stuart to M. Beach, March 30, 1992, in the object file.

Surcoats such as this were worn by women of the imperial household, including consorts and wives of high-ranking imperial nobles. The simple construction of the coat is ideal to display pictorial insignia of rank, such as the dragon roundels here. Both the total number of roundels and the number of the dragons' claws indicate the wearer's rank at court. The five-clawed dragons seen here are a special imperial privilege. Coats such as this were worn over floor-length court robes to add greater formality to the costume. 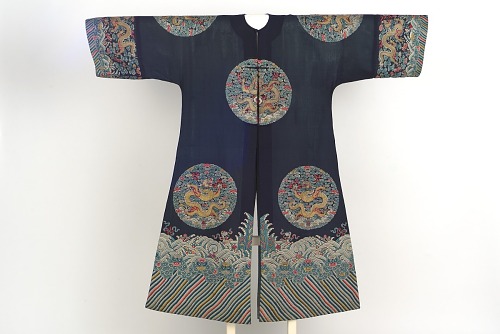