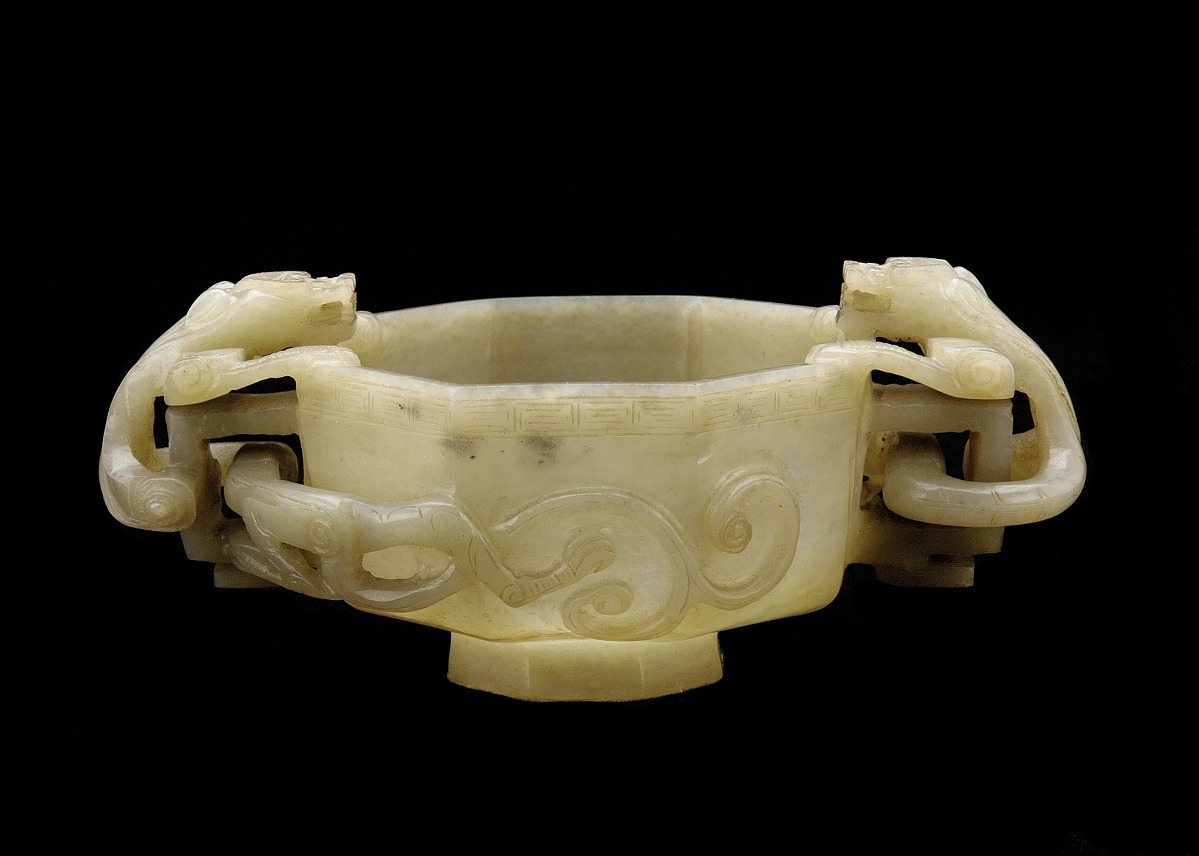 [1] Cox stockcard no. 433J: "Sung jade octagonal rounded cup on short foot with two archaic dragon handles twisting their bodies through square loops (without touching) and around onto front and back--of greenish white nephrite," according to information provided by the Arthur M. Sackler Foundation on October 9, 2009.

[3] Pursuant to the agreement between Arthur M. Sackler and the Smithsonian Institution, dated July 28, 1982, legal titel of the donated objects was transferred to the Arthur M. Sackler Gallery on September 11, 1987. 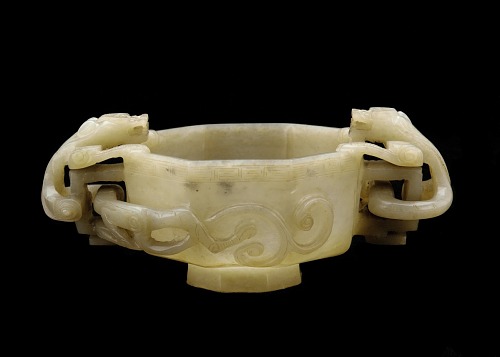