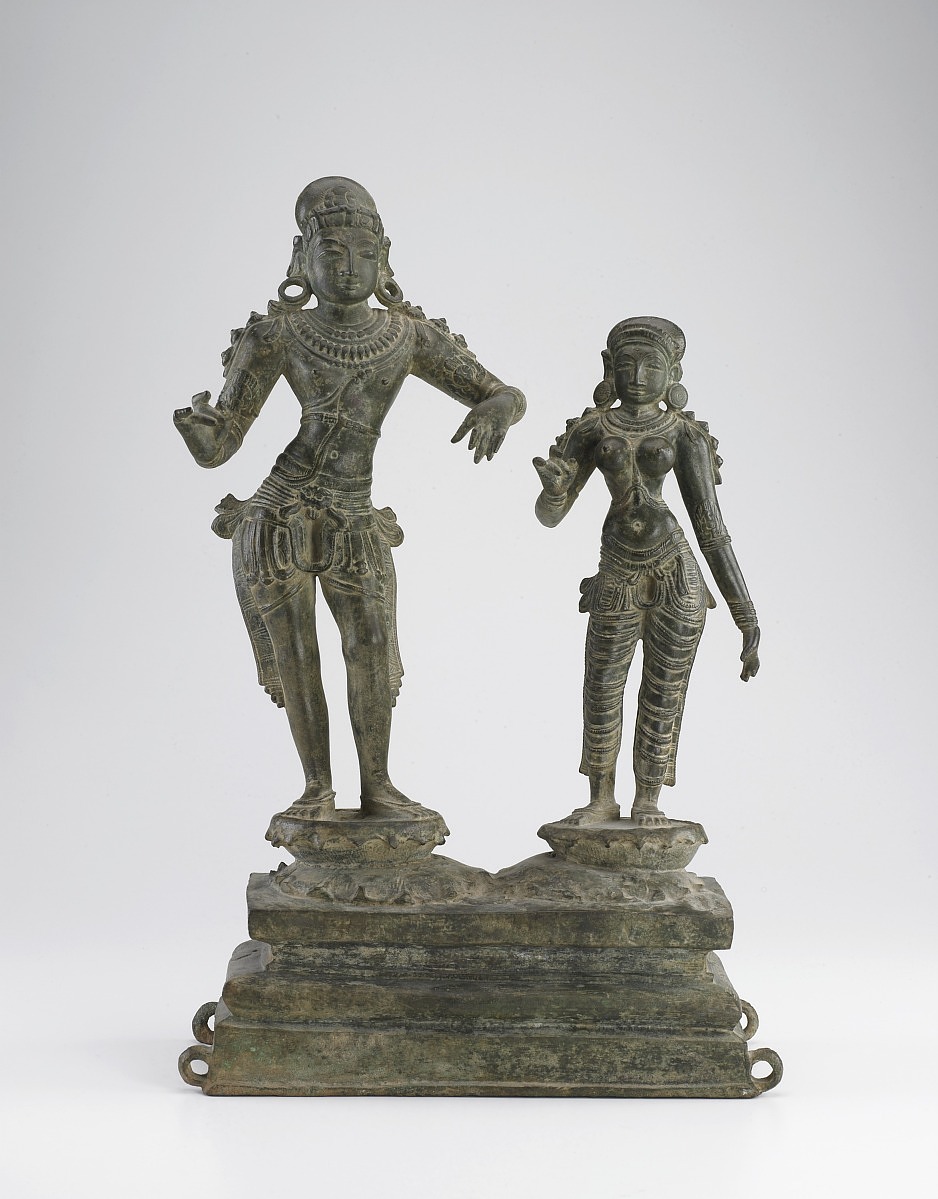 [1] In the summer of 2018, the museum discovered that the Saint Sundarar with wife Paravai bronze was from the Shiva temple (also known as Narishwara, Nagareshwara, or Ardhanareshwara) built in the 16th century, Vijaynagara period. The temple is situated in the Veerasolapuram village, in the Villupuram district of Tamil Nadu, India. In 1956, the sculpture was at this temple, as it was photographed in-situ; the original photograph is at the photo archive jointly run by the École Française d'Extrême-Orient (EFEO) and the French Institute of Pondicherry (IFP). While it is not known with certainty when the bronze left the Tamil Nadu temple and arrived in the United States, another sculpture from the same temple was sold by William H. Wolff, INC. in 1961. Since the Sackler sculpture was previously in possession of Mr. Wolff, who then sold it to Dr. Arthur M. Sackler, it is possible that the Sackler bronze also left India by 1961.

During puja images of Hindu gods, goddesses, and saints are often bathed and dressed to honor the deity or the saint they portray. This bronze sculpture represents the saint Sundarar and his wife, Paravai, followers of the god Shiva. It is dressed as it would be when carried through the streets of a southern Indian city during a religious festival. For most of the year, an image such as this is kept in its own shrine in a large temple. Once a year during an elaborate puja, it is washed with holy water, then with milk, yogurt, honey, sandalwood paste, and ashes before being dressed in ceremonial robes. It is lavishly adorned with garlands of flowers and may be decorated with jewelry.

Priests then invoke the spirits of the deity or saint depicted to enter the sculpture. For the duration of the ceremony the image is thought to contain the deity's presence. In an elaborate procession, many sacred images are paraded through the streets, accompanied by thousands of devotees. Hindus believe that even a glimpse of an image filled with the spirit of the god or saint facilitates a direct visual communication (darshan) with the deity, which will bring blessings to the worshippers.

Sundarar was an eighth-century follower of Shiva whose focused devotion and performance of countless miracles with Shiva's aid were greatly responsible for the spread of the worship of Shiva in southern India. His wife, Paravai, is honored for her steadfast loyalty to both her god and her husband. 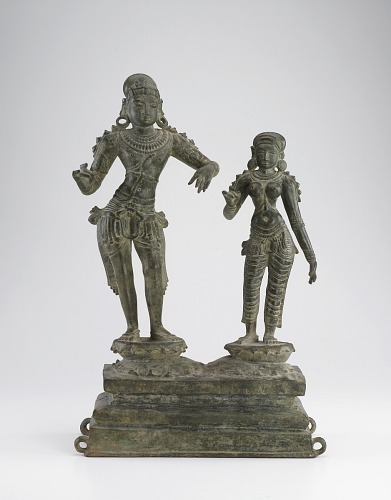