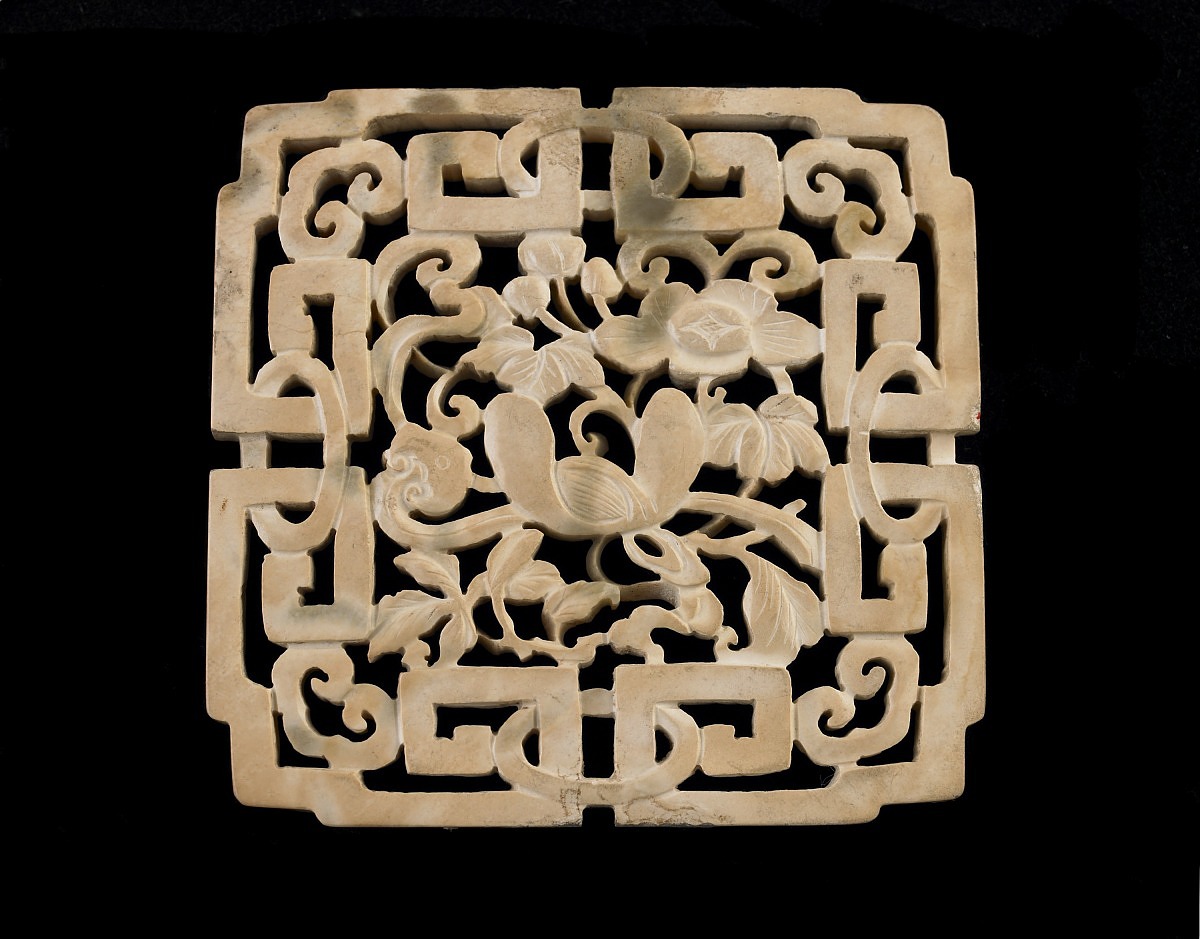 [1] See an undated typed inventory of Desmond Gure’s collection, “List 1 – Objects Not Exhibited at Stockholm 1963,” no. 24: “An ivory coloured jade openwork plaque with celadon markings, of almost square form, the interior carved with flowering foliage within a key patter border – 3 in. wide – circa T’ang Dynasty,” copy in object file.

[2] According to information provided by Arthur M. Sackler Foundation in October 2009, Arthur M. Sackler purchased the jade as part of Desmond Gure’s jade collection on January 10, 1968. See “Arthur M. Sackler Gift: Chinese Jades: Summary,” where the object is listed under Sackler Collection no. J-1368 and identified as S1987.753. 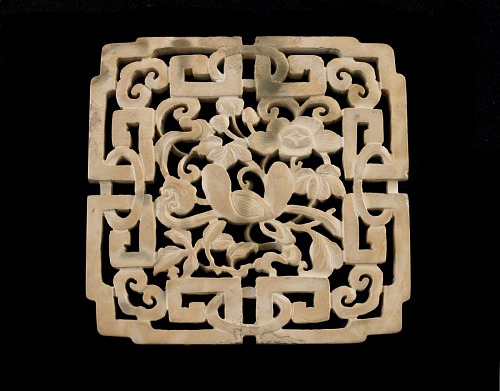