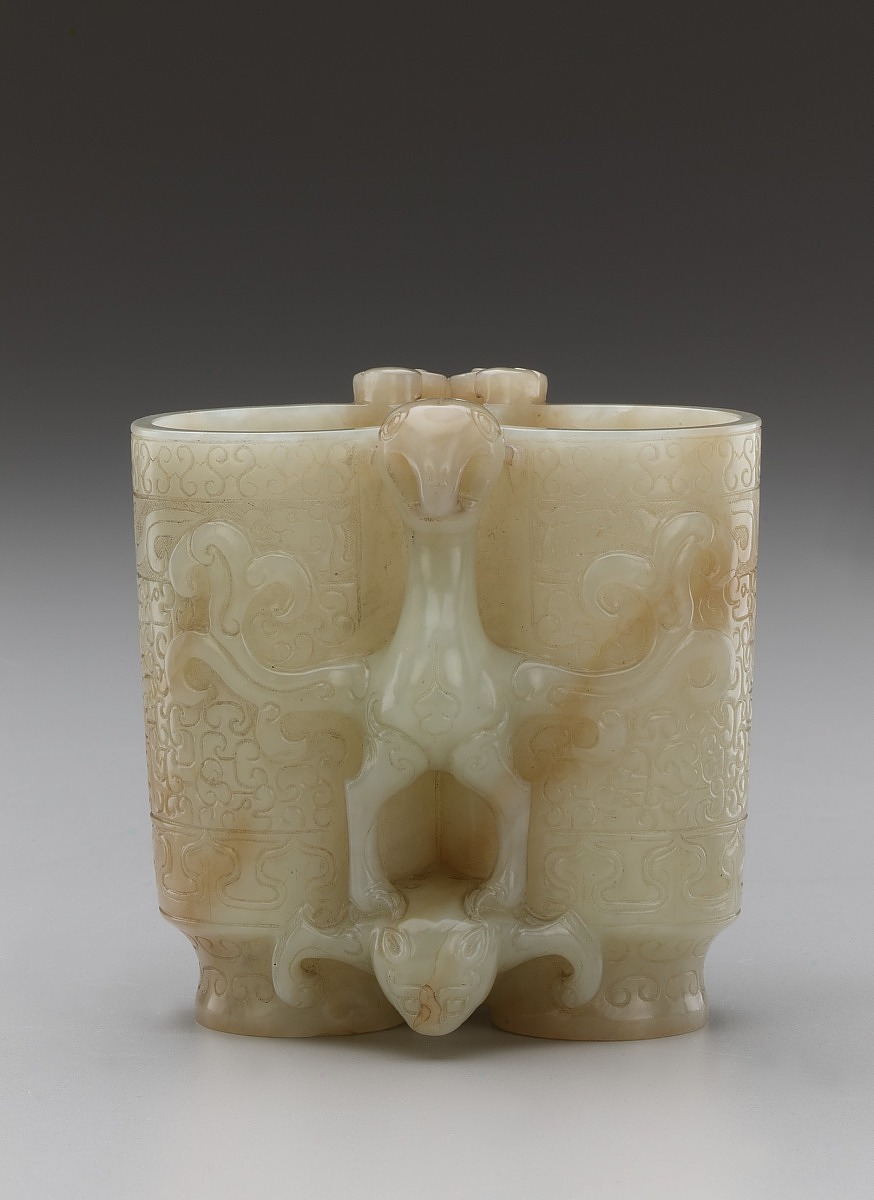 [1] Gure published the jade in “Some Unusual Early Jades and their Dating,” Transactions of the Oriental Ceramic Society 1960-61 1961-62 vol. 33 (1963), pp. 56-57, pl. 44a-b, with an annotation that the object was “an heirloom previously owned by members of the German and British Royal Families.” The same year he lent the jade to an exhibition Celadon Jade at the National Museum in Stockholm in 1963, see Celadon Jade: Finds, Specimen, Scientific Results (Stockholm: The National Museum, May – June 1963), cat. 137. See also typed, undated inventory of Desmond Gure’s collection, “List 2 – Objects Exhibited at Stockholm 1963,” no. 191: “A pale greenish white jade vessel formed as two cylinders – 3 9/16 in high,” copy in object file.

[2] According to information provided by Arthur M. Sackler Foundation in October 2009, Arthur M. Sackler purchased the jade as part of Desmond Gure’s jade collection on January 10, 1968. See “Arthur M. Sackler Gift: Chinese Jades: Summary,” where the object is listed under Sackler Collection no. J-1311 and identified as S1987.723.

This vessel's name, "champion vase," is based on a rebus (visual pun); the two highly schematic creatures that uphold the cylinders are said to resemble a bear and a falcon (although they seldom do). The names of these two animals in Chinese are homonyms for a word meaning "champion." 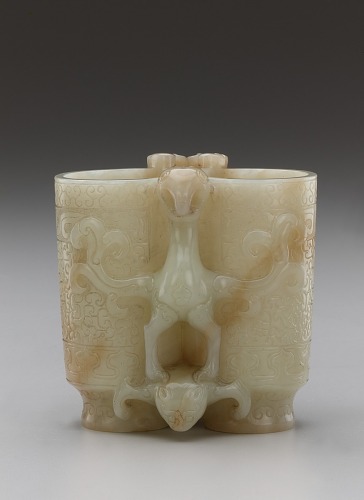