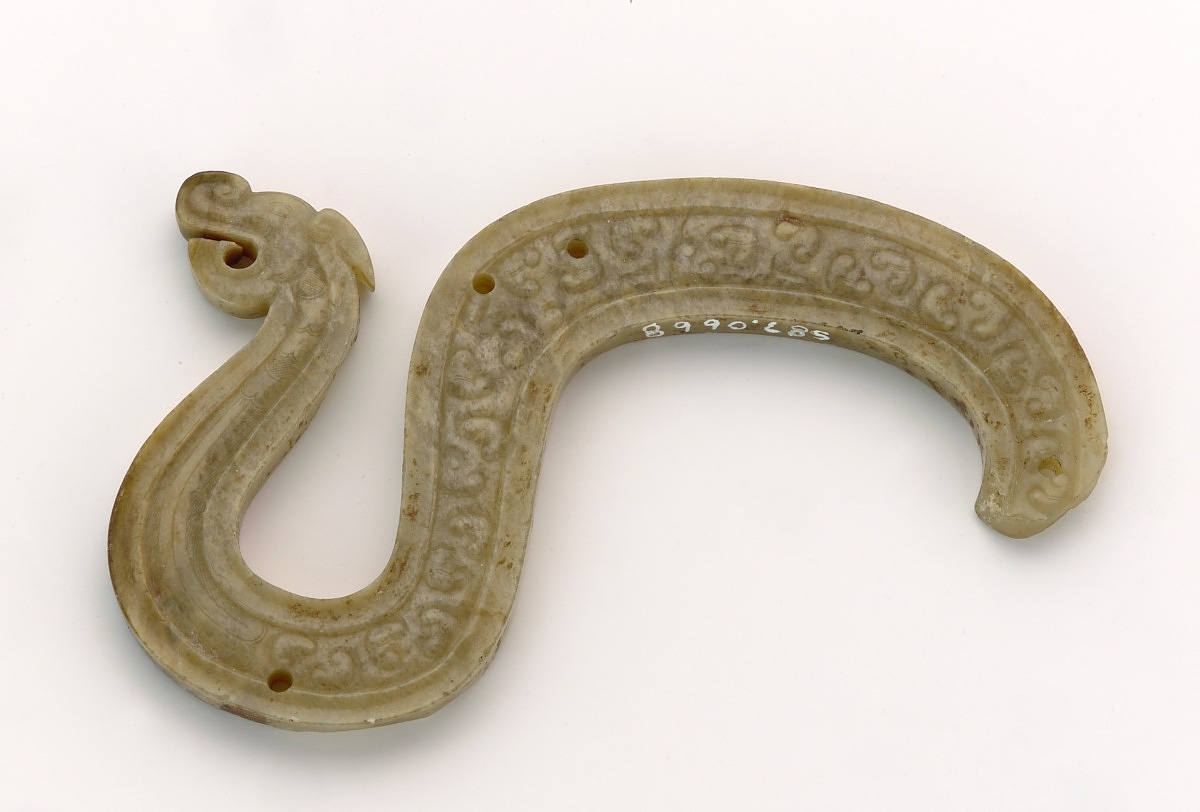 [1] The object is published in An Exhibition of Chinese Archaic Jades: Arranged for the Norton Gallery of Art, West Palm Beach, Florida (New York: C. T. Loo and Co., 1950), pl. 55, cat. 2 or cat. 4. The introduction suggests that the objects primarily came from archaeological sites that were unearthed between 1928 and 1932, including: Anyang, Jincun, and Shou xian.

[2] Zhang Naiji (also known as N. C. Chang) was a businessman, born to a prestigious family in Zhejiang that made their wealth in the silk and salt industries. He collected ancient Chinese art objects and Chinese coins.
Zhang amassed his collection whilst living in Shanghai, before leaving for America in 1938, and acquired his objects onsite of archaeological excavations (see Alfred Salmony, Chinese Jade through the Wei Dynasty [New
York: The Ronald Press Company, 1963], p. 115).

[4] On September 1, 1952, C. T. Loo's associate, Frank Caro (1904--1980), took over daily operations of the New York business, operating as C. T. Loo Chinese Art. Loo continued to play a large role in the business, as he and
Caro struck a deal in which profits made on Loo's stock would be evenly divided and Loo would maintain the lease and rental payments on the company's gallery space. C. T. Loo Chinese Art kept the same stock number that C. T. Loo and Company assigned it when consigning for Zhang Naiji: J 44 (see note 2): "Jade dragon (pl. 55 #2) in form of curling dragon." See invoice from Frank Caro Chinese Art to Arthur M. Sackler, August 27, 1964, copy located in object file and full copy located in Freer and Sackler COM provenance files. 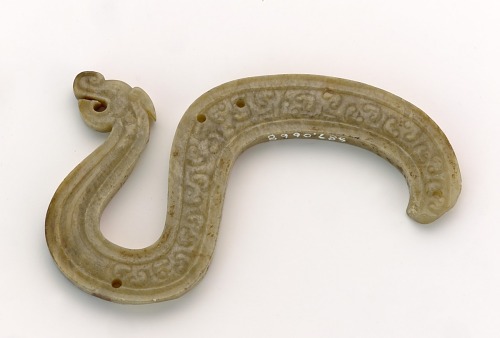