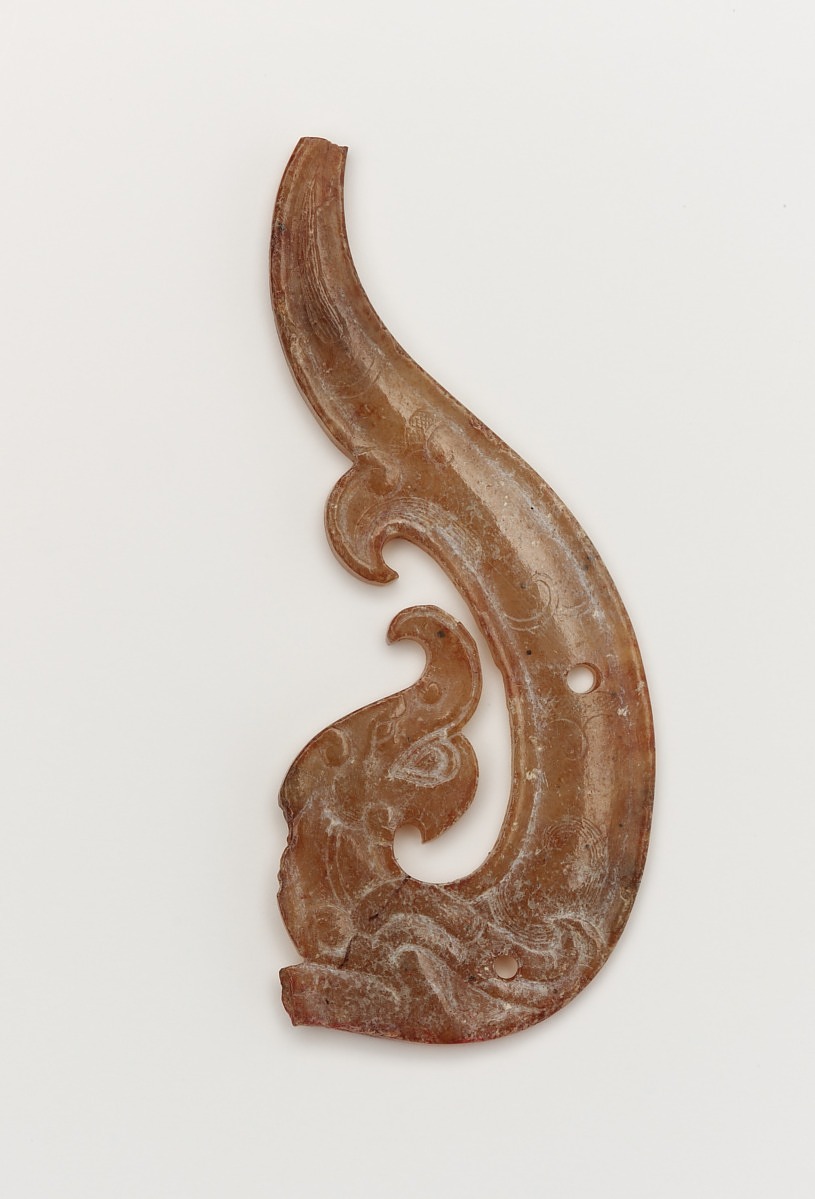 [1] This object is one in a pendant set, once owned by Zhang Naiji (see note 2). The pendant’s mate, S1987.866, is noted as coming from Chin ts’un (now known as Jincun); see Archaic Chinese Jades: Special Exhibition(Philadelphia: The University Museum, February 1940), cat. 81. Several tombs near Jincun in western Henan were discovered in the summer of 1928 after heavy rain, when sinkholes began to emerge. Immediately upon discovery, the tombs were heavily scavenged by locals. Only two tombs were systematically excavated (see William Charles White, Tombs of Old Lo Yang: A Record of the Construction and Contents of a Group of Royal Tombs at Chin ts’un, Probably Dating to 550 B.C. [Shanghai: Kelly and Walsh Limited, 1934]; and William Charles White, “China’s Cultural Heritage” in Transactions of the Royal Society of Canada 37 [1943]: 151).

[3] Zhang Mei Chien, Zhang Naiji’s wife, assumed ownership upon his death in 1948. She sold several pieces from her husband’s collection to J. T. Tai and Company in July 1954. It is unclear when Frank Caro, C. T. Loo’s associate and successor to C. T. Loo and Company, purchased items from Zhang Mei Chien.

[4] C. T. Loo, of C. T. Loo and Company, displayed Zhang’s jade collection in the 1940 Philadelphia exhibition (see note 1). On September 1, 1952, C. T. Loo’s associate, Frank Caro (1904–1980), took over daily operations of the
New York business, operating as C. T. Loo Chinese Art. Loo continued to play a large role in the business, as he and Caro struck a deal in which profits made on Loo’s stock would be evenly divided and Loo would maintain the lease and rental payments on the company’s gallery space. 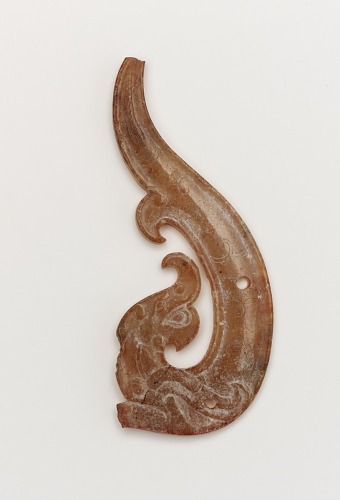 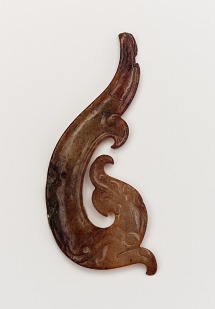