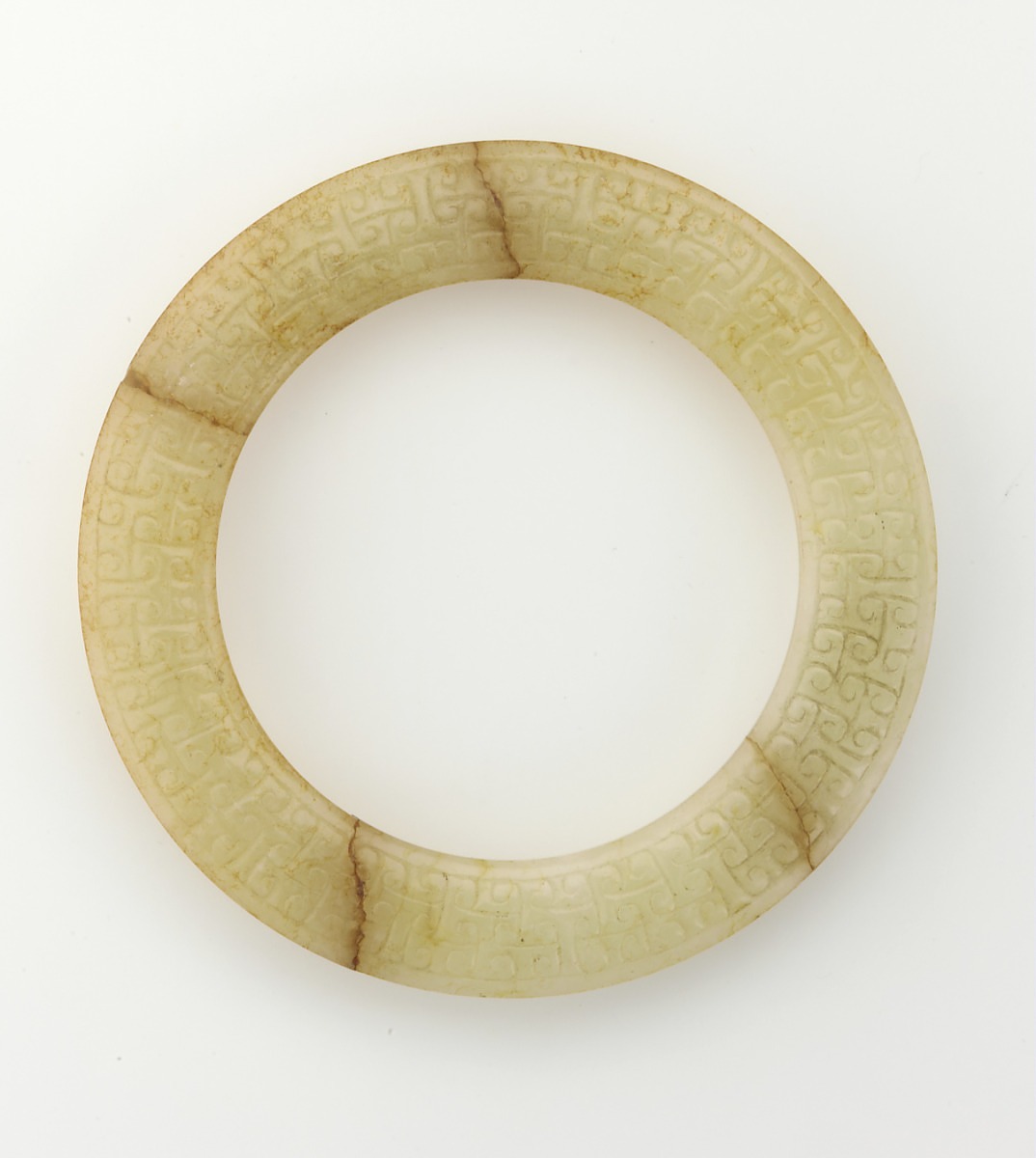 [1] Object published in Archaic Chinese Jades: Special Exhibition (Philadelphia: The University Museum, February 1940), cat. 138. Catalogue entry notes discovery site as Shou-hsien (now known as Shouxian), where tombs were exposed between 1931 and 1932. During this period the tombs were never properly excavated. 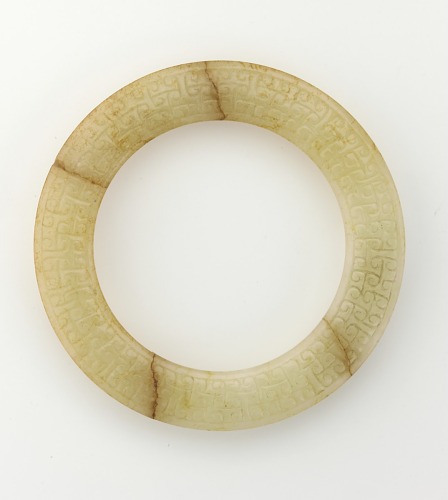