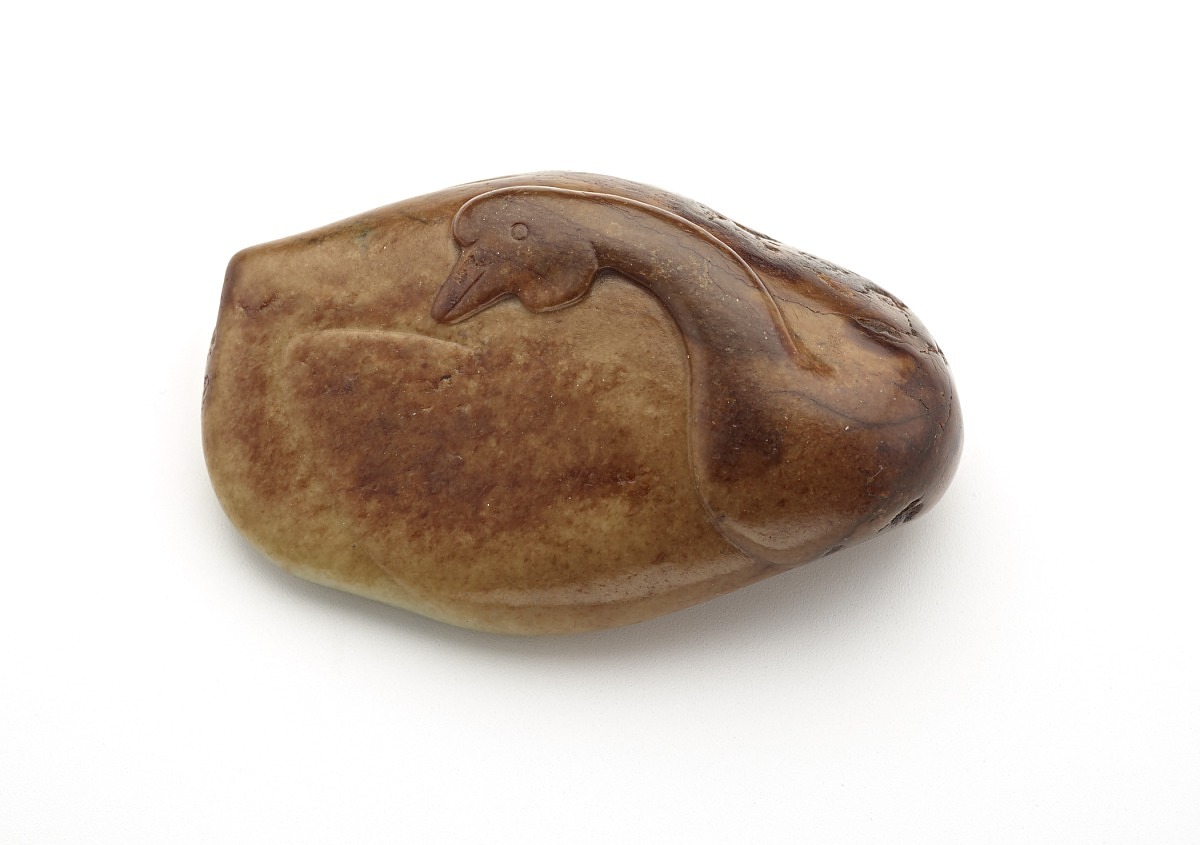 [2] Gure lent the jade to “The Arts of the Sung Dynasty,” an exhibition organized by the Oriental Ceramic Society at the Arts Council Gallery in London in 1960 and subsequently to “Celadon: Jade: Finds, Specimen, Scientific Results” at the National Museum in Stockholm in May – June 1963, see The Arts Council of Great Britain and The Oriental Ceramic Society, Loan Exhibition of the Arts of the Sung Dynasty, exh. cat. (London: The Arts Council Gallery, June 16 – July 23, 1960), cat. 279 and Celadon Jade: Finds, Specimen, Scientific Results (Stockholm: The National Museum, May – June 1963), cat. 157. See also an undated, typed inventory of Desmond Gure collection, “List 2 – Objects Exhibited at Stockholm 1963,” no. 195: “A brown jade carving of a goose with its head turned back over its body – 3.11/16 in. long. Early Sung Dynasty or earlier,” copy in object file.

[3] According to information provided by Arthur M. Sackler Foundation in October 2009, Arthur M. Sackler purchased the jade as part of Desmond Gure jade collection on January 10, 1968, see “Arthur M. Sackler Gift: Chinese Jades: Summary,” where the object is listed under Sackler Collection no. J-1321 and identified as S1987.28.

The naturalism and simplicty of this jade pebble suits "scholars' taste," which typically tries to attain a goal of understated elegance and harmony with nature.  The artisan studied a raw piece of jade and took a cue from its shape to decide on the subject matter of a goose.  He demonstrated exceptional skill by creating a convincing sculpture that required relatively little reworking of the stone.  In a gesture of unexpected thoroughness—or humor—the carver completed his image by rendering the goose's webbed feet on the underside of the stone.  The mellow polish of the jade and its size that fits perfectly in a palm hint that it must have been frequently handled by its owners.  When not cupped in a hand, it might have sat on a scholar's table as a paperweight. 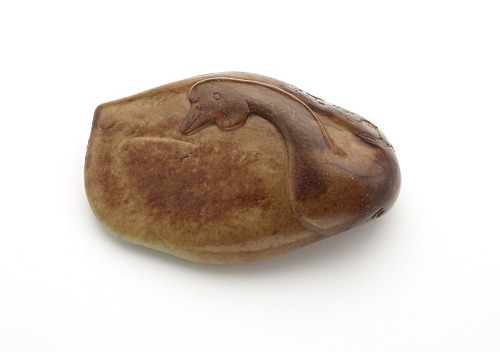