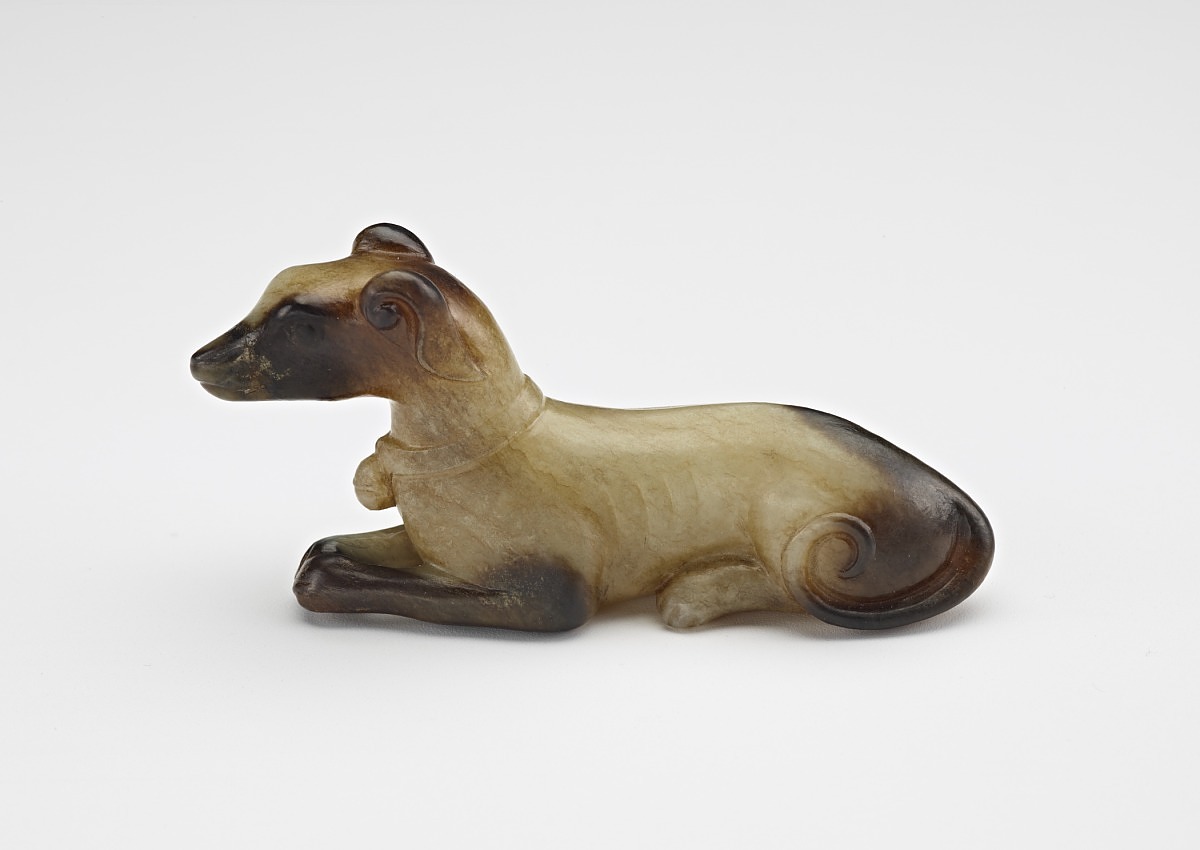 [1] See: Desmond Gure, “Selected Examples from the Jade Exhibition at Stockholm, 1963: A Comparative Study” in The Bulletin of the Museum of Far Eastern Antiquities, Stockholm No. 36 (1964), 146 – 147. Gure reports that Edith Rosenheim-Randon (then Ms. Bennett) told him that the object was exhibited as early as 1933 at the Musée Guimet, Paris. By 1938, Edith Rosenheim-Randon loaned the object as part of her collection to the Brooklyn Museum, New York from in 1938 and was then released to the Arden Gallery for exhibition. It then went to the Philadelphia Museum of Art for exhibition in 1941. The dog was out of Europe ahead of the Nazi occupation of Paris in 1940, when Nazi officials looted Edith Rosenheim-Randon’s collection.

[2] See Sotheby & Co. Catalogue of the Well-Known Collection of Important Chinese Ceramics, Rare Antique Bronzes, and Fine Archaic Jades: The Property of Mrs. E. Bennett (London: May 24, 1955), lot 98. An insert in the auction catalogue reports that lot 98 sold to Manson for $340.00. Manson’s identify remains unclean; it could refer to Manson, Christie & Woods, however this cannot be verified.

Small jade animals were enjoyed by China's elite as handsome decorations but also as objects to caress because of jade's unctuous, cool surface. Hounds are, in general, well regarded in China, and one of the years of the zodiac is named after the dog. This jade object might have been presented to someone born in the year of the dog. This slender animal's collar with a bell suggests it is a hunting dog. 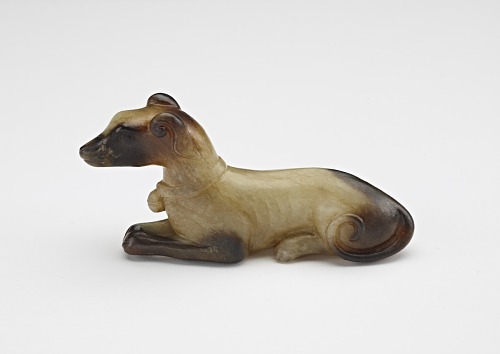