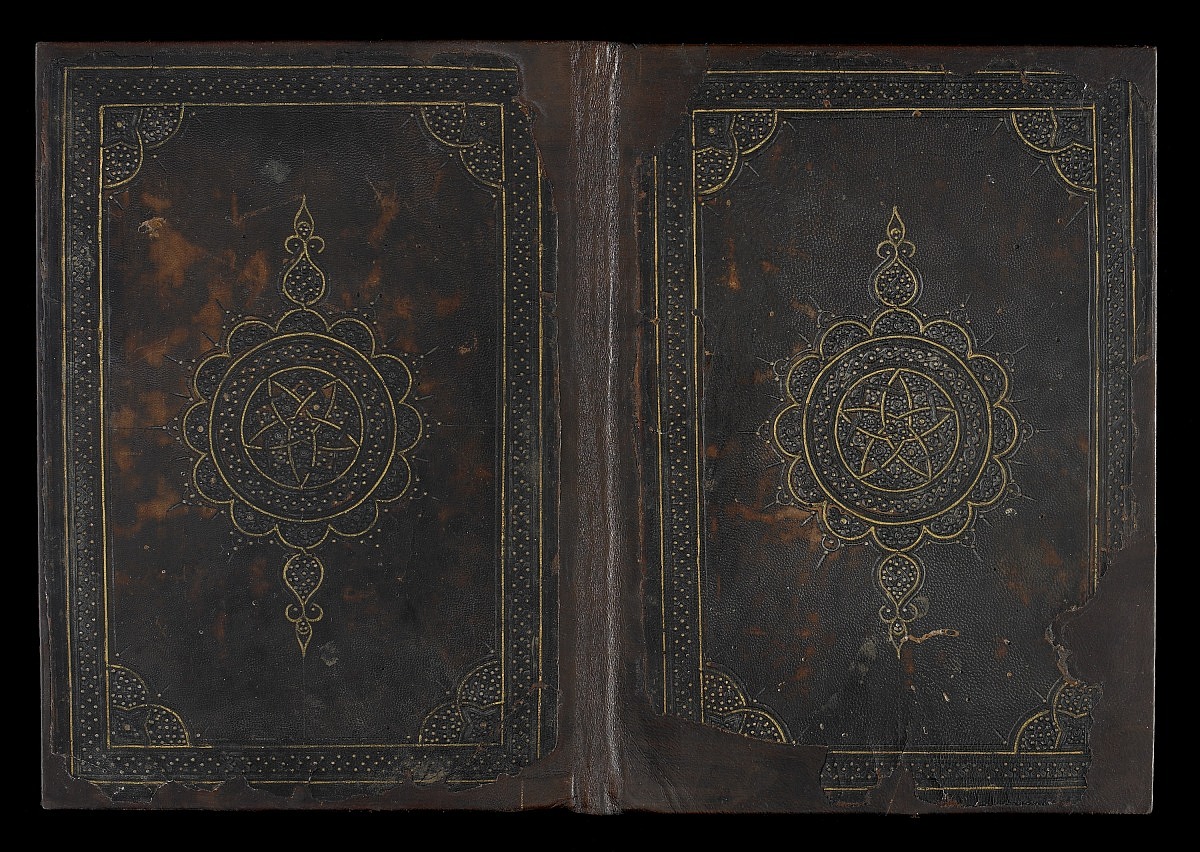 [1] See Hôtel Drouot, Charles Vignier, "Liquidation de Biens Meyer Riefstahl: Ayant fait l'objet d'une mesure de séquestre de guerre, première vente," [auction catalogue] (Paris: Hôtel Drouot, April 23-24, 1923) lot 209. In the inventory prepared in 1986 reportedly based on an appraisal prepared by M. A. Densmore, this book cover came from the Meyer Riefstahl Collection as part of a group of "four bindings with geometric designs in gold and blind." See object file for copy of appraisal. Rudolf Meyer Riefstahl was a German-American art historian specializing in medieval Islamic art. At the beginning of World War I, Meyer Riefstahl relocated from Paris, France, to New York City, where he eventually became a professor at the Institute of Fine Arts. Meyer Riefstahl left his art collection in Paris and the French government sequestered the collection as an "Enemy Alien Asset." The collection was sold in two auctions, the first in 1923 and the second in 1925.

It is unclear if Vever acquired this book cover from the Meyer Riefstahl sequestration sale (see notes 1 and 2) or if he purchased them from an intermediary. Regardless, it is likely that Vever owned the book cover by 1927. That year ,Vever loaned one of the other Meyer Riefstahl book covers (S1986.9) to the Gemeente Museum in the Hague, see Gemeente Museum, "Catalogus: Tentoonstelling van Islamische Kunst" [exhibition catalogue] (s-Gravenhage, 15 May--3 July 1927), no. 42.

[5] Upon the death of Jeanne Louise Monthiers, as stipulated in the will of Henri Vever, the family's assets were divided evenly between his two grandchildren. His only grandson, Francois Mautin inherited the collection known as "The Henri Vever Collection of Oriental Art and Manuscripts Including Persian and Indian Art and Manuscripts." This book cover is part of that collection. See exhibits F and G as cited in note 4. 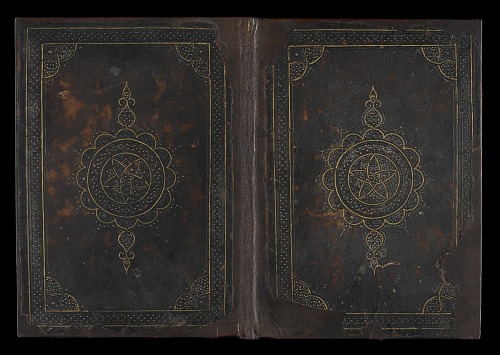