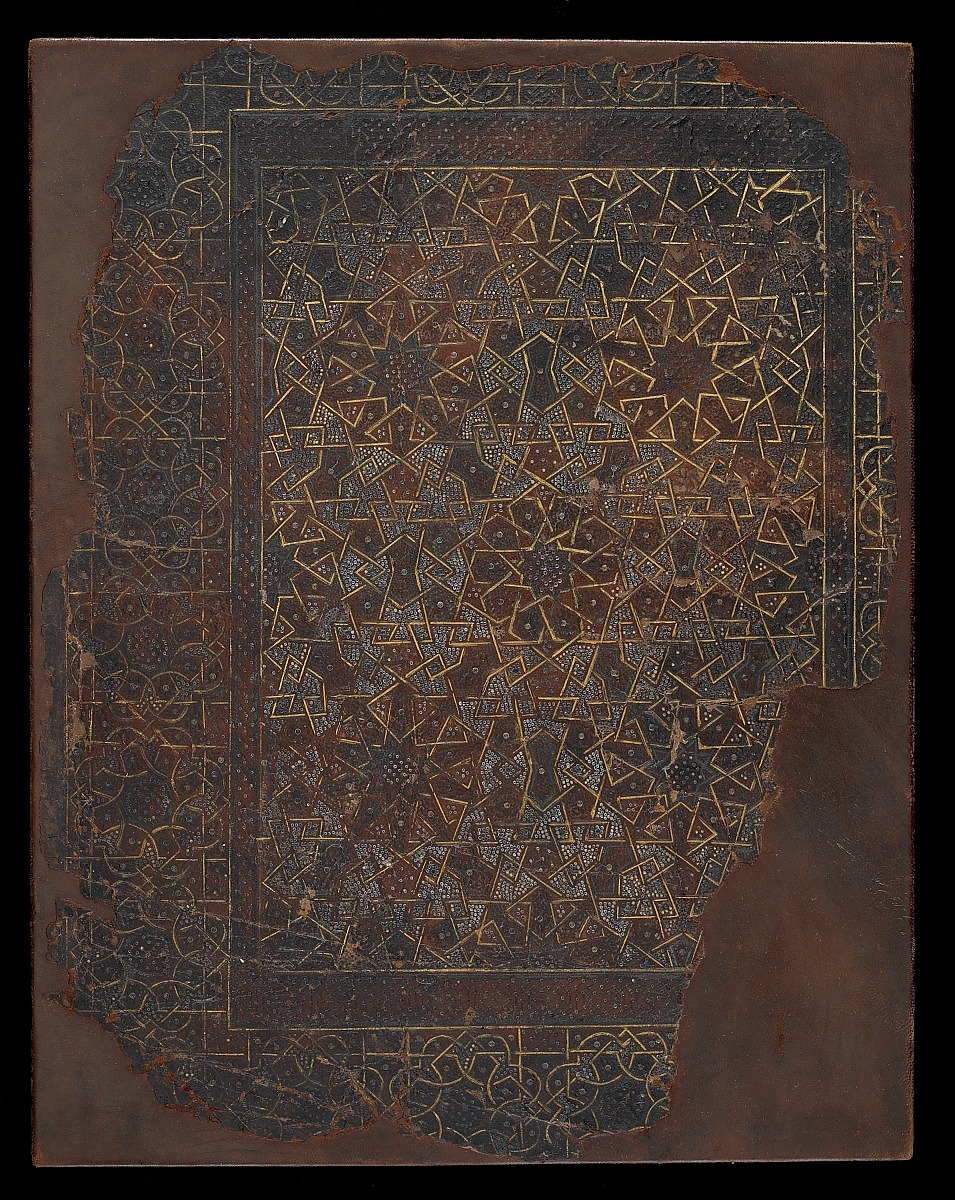 [1] See note 2. Rudolf Meyer Riefstahl was a German-American art historian specializing in medieval Islamic art. At the beginning of World War I, Meyer Riefstahl relocated from Paris, France to New York City, where he eventually became a professor at the Institute of Fine Arts. Meyer Riefstahl left his art collection in Paris and the French government sequestered the collection as an "Enemy Alien Asset." The collection was sold in two auctions, the first in 1923 and the second in 1925.

[2] An accomplished French jeweler and collector, Henri Vever (1854-1942) amassed a large and impressive collection of works of art during his lifetime. His holdings in Japanese prints and Islamic arts of the books, especially from Iran and India, were among the most important assembled in the early twentieth century.

On interior of the book cover, "no. 1377" is written in pencil. The number matches a purchase Henri Vever made on January 21, 1914 from Rudolf Meyer Reifstahl. See Henri Vever Account Ledger, FSA A1988.04_2.2.67, from Henri Vever Papers. Freer Gallery of Art and Arthur M. Sackler Gallery Archives. On January 21, 1914, Vever noted 4 purchases from Meyer-Riefstahl at 72 Faubourg St. Honoré. This cover is likely what Vever described as "1 plat assez détérioré 14e s. no. 1377."

[5] The Arthur M. Sackler Gallery purchased the entirety of the collection from Francois Mautin on January 9, 1986. See purchase agreement, copy in object file. 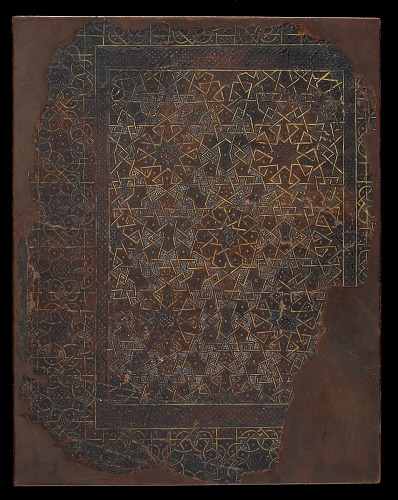