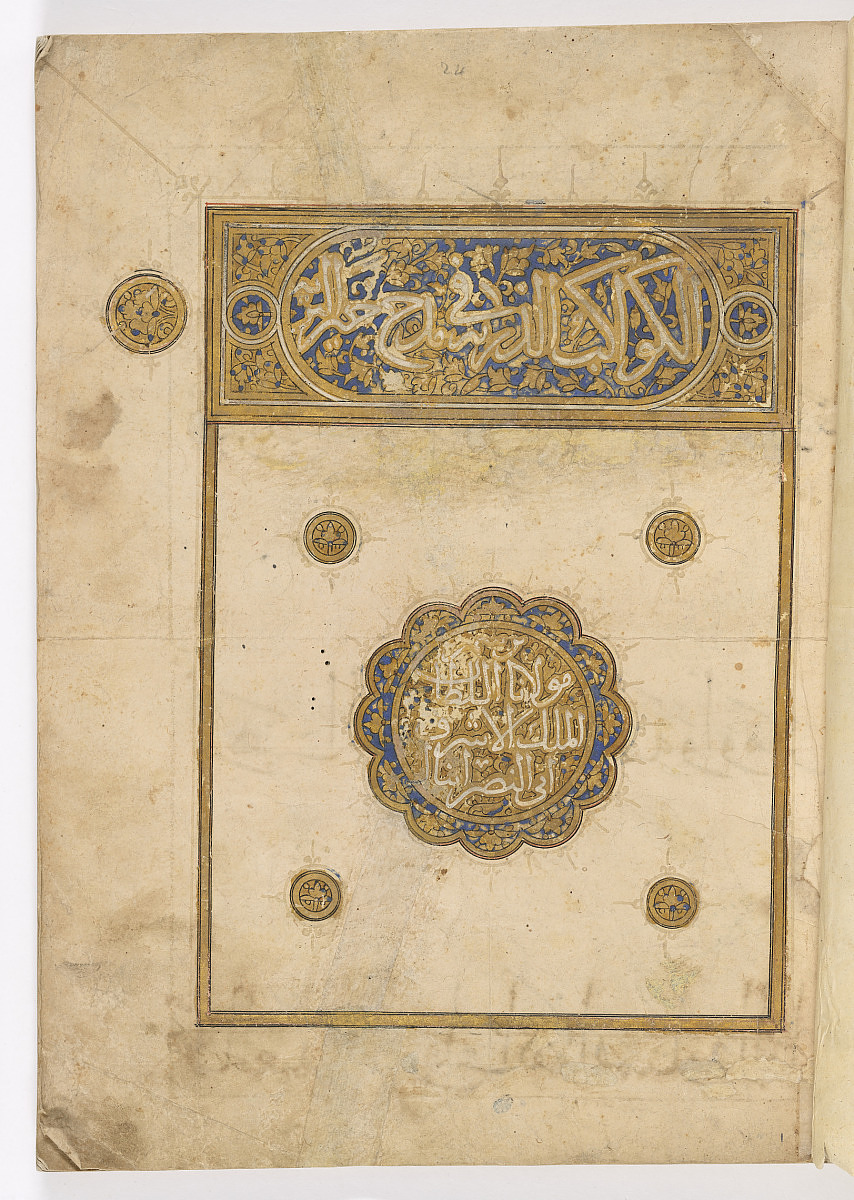 [1] On the exterior of the bound manuscripts, one can see, "no. 207 Riefstahl" written in pencil. Rudolf Meyer Riefstahl was a German-American art historian specializing in medieval Islamic art. At the beginning of World War I, Meyer Riefstahl relocated from Paris, France to New York City, where he eventually became a professor at the Institute of Fine Arts. Meyer Riefstahl left his art collection in Paris and the French government sequestered the collection as an "Enemy Alien Asset." The collection was sold in two auctions, the first in 1923 and the second in 1925.

[2] See ledger cited in note 3. See also Glenn D. Lowry and Milo Cleveland Beach with Roya Marefat and Wheeler M. Thackston, "An Annotated and Illustrated Checklist of the Vever Collection" [exhibition catalogue] (Washington, D.C. and Seattle: Arthur M. Sackler Gallery and University of Washington Press, 1986), 25. Charles Vignier was a Swiss-born writer, collector, and art dealer who opened his first gallery in 1904. Between 1920 and 1930, he served as the expert in Asian art at the Parisian auction house, Hôtel Drouot.

[4] Upon Henri Vever's death on September 25, 1942, his wife, Jeanne Louise Monthiers inherited the manuscript. See exhibits F and G of Agreement of Purchase and Sale of the Henri Vever Collection, January 9, 1986, copy in object file.

[5] Upon the death of Jeanne Louise Monthiers, as stipulated in the will of Henri Vever, the family's assets were divided evenly between his two grandchildren. His only grandson, Francois Mautin inherited the collection known as "The Henri Vever Collection of Oriental Art and Manuscripts Including Persian and Indian Art and Manuscripts." This manuscript is part of that collection. See exhibits F and G as cited in note 3.

Fol. 1recto: "For the treasury of Our master the Sultan al-Malik al-Ashraf Abi'l-Nasr Inal."
Fol. 28recto: "At the service of the Mamluk Esinbay b. Abdullah al-Malik al-Ashrafi."
Fol. 29recto: "Abi'l-Nasr Barsbay. May God protect his kingdom forever and make firm the foundations of his empire." 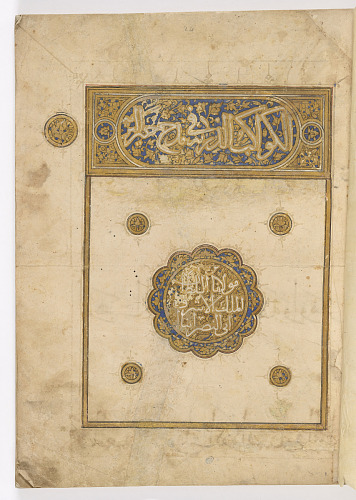