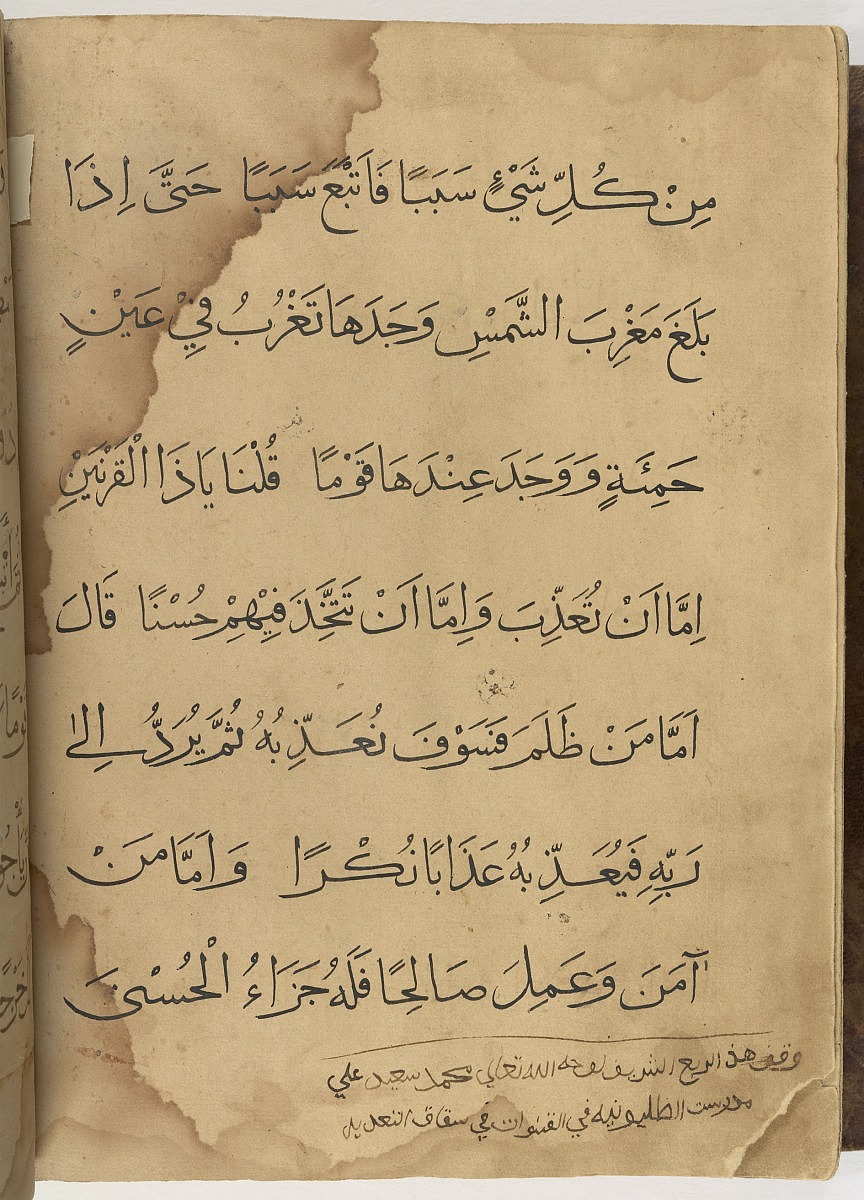 From 1942 to 1986
Family member, Paris and Boulogne, France, by inheritance from Henri Vever, Paris and Noyers, France. [3]

[3] See the Agreement for the Purchase and Sale of the Henri Vever Collection of January 9, 1986, Collections Management Office.

Pencil notation on flyleaf, (fol. 1 recto) "Kitab al-shifa bi-ta'rif huquq al-mustafa fi'l-hadith written by the Shaykh, Imam of the universe, the learned al-qadi Abu'l-Fadl Iyad b. Musa al-Yahsaba. May God bless him and be pleased with him. Amen."
Colophon, (fol.197verso) "This auspicious book was completed by the hand of him who is in need of God the Exalted, Muhammad b. Hamdan al-Adhru'i al-Shafi'i, may God forgive him and all the Muslims. The date of the eighth of auspicious Shawwal....seven hundred [?]; Praise be to God alone, God bless our lord Muhammad and his family and his companions."
Seals: fol. 1recto, 197verso, oval (Bayazid II), tughra [illegible]; fol. 2 recto, circular: This, our record, speaks about you in truth [Sura al-Jathiya (the Crouching), sura 45: 29]; smudged tugra." 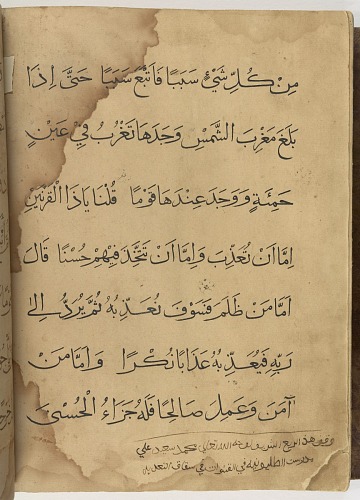