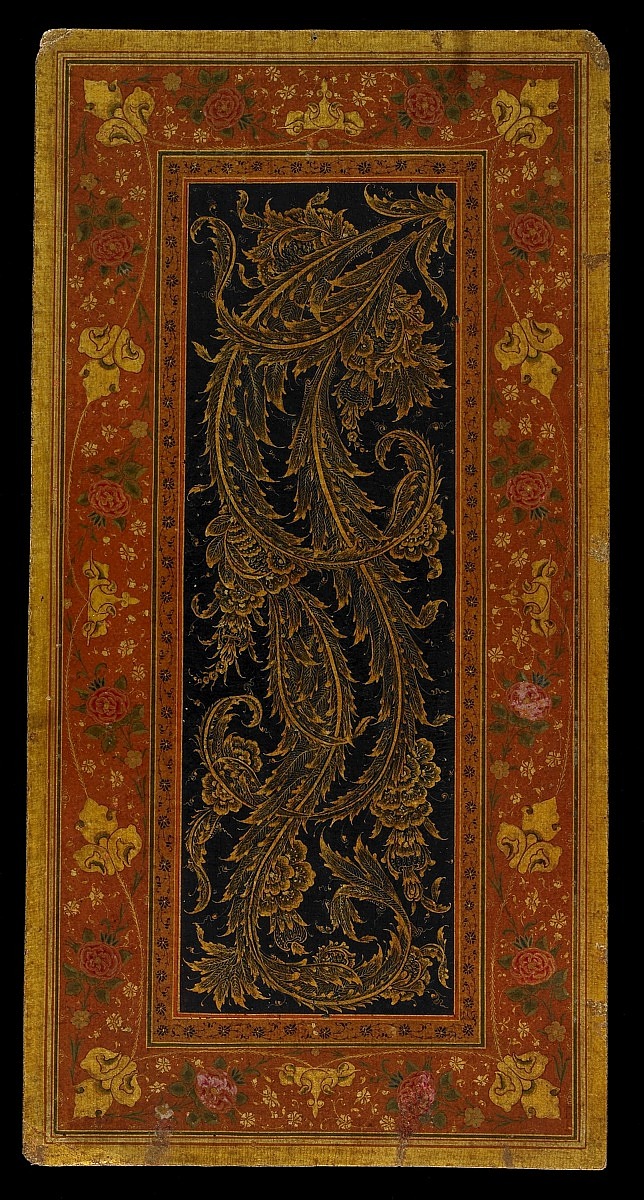 [1] According to an inventory prepared in 1986, reportedly based on an appraisal prepared by M. A. Densmore, this book cover came from Charles Vignier. Charles Vignier (1863-1934) was a Swiss-born writer, collector, and art dealer who opened his first gallery in 1904. Between 1920 and 1930, he served as the expert in Asian art at the Parisian auction house, Hôtel Drouot.

[2] An accomplished French jeweler and collector, Henri Vever (1854-1942) amassed a large and impressive collection of works of art during his lifetime. His holdings in Japanese prints and Islamic arts of the books, especially from Iran and India, were among the most important assembled in the early twentieth century. This book cover was in Vever's collection at the time of his death in 1942. 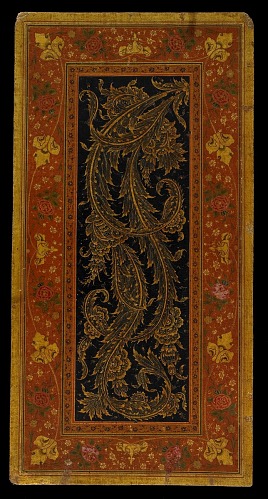