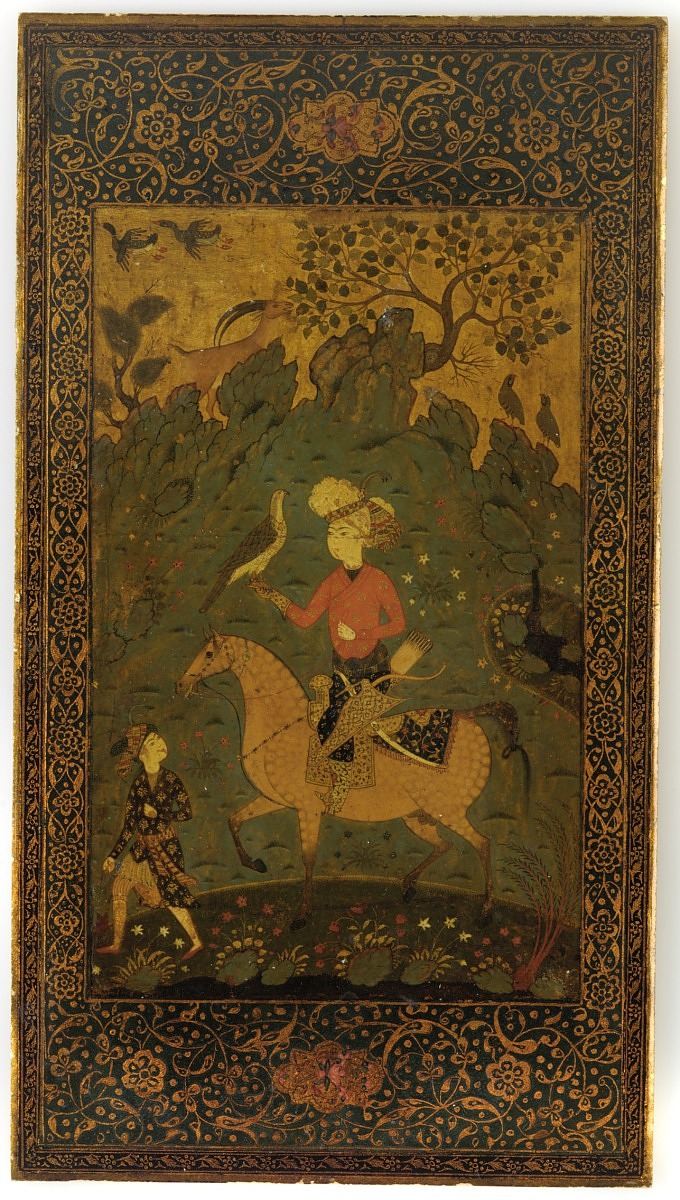 [1] According to an inventory prepared in 1986, reportedly based on an appraisal prepared by M. A. Densmore, this binding was featured in the 1932 Hôtel Drouot's sale of the Sevadjian collection. See note 2. Born into an Armenian family in Istanbul, Hatchik Sevadjian relocated to Paris in 1902. He became a diamond dealer, opening a shop along the rue du Faubourg-Montmartre, and a connoisseur collector, building a large collection of Greek, Roman, Egyptian, Indian, and Islamic antiquities.

[3] An accomplished French jeweler and collector, Henri Vever (1854-1942) amassed a large and impressive collection of works of art during his lifetime. His holdings in Japanese prints and Islamic arts of the books, especially from Iran and India, were among the most important assembled in the early twentieth century. This work was in Vever's collection at the time of his death in 1942.

Album pages were either bound or kept loose in elaborately produced bindings. This finely painted and lacquered cover depicts a princely equestrian figure with a hawk, a ruler's boon companion. The art of hunting, regarded as the royal past-time par excellence, also served as a literary and visual metaphor for personal strength, skill, and courage. It became one of the most popular themes in Persian painting and was adapted to a variety of different media and surfaces. 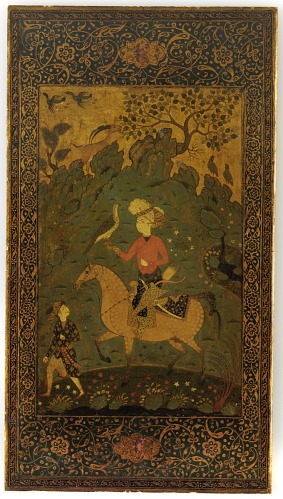