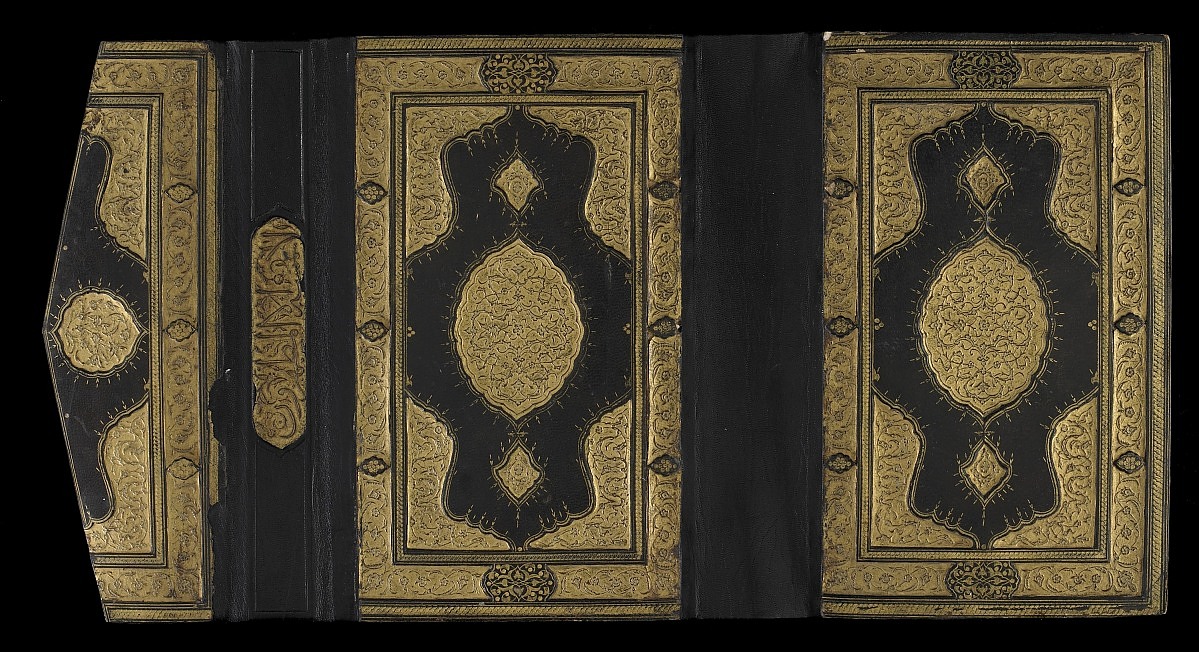 [1]See note 2 and 3. Gaston Migeon (1861-1930) was a French art historian and curator in the Department of Objets d'Art of the Middle Ages, Renaissance, and Modern Period at the Louvre. He was also a highly regarded art critic and an early collector of East Asian and Islamic arts. He advised many of his contemporary collectors (including Henri Vever) and cultivated their interests in Japanese and Islamic art.

[3] An accomplished French jeweler and collector, Henri Vever (1854-1942) amassed a large and impressive collection of works of art during his lifetime. His holdings in Japanese prints and Islamic arts of the books, especially from Iran and India, were among the most important assembled in the early twentieth century. This book cover was in Vever's collection at the time of his death in 1942. Susan Nemazee notes that Vever purchased the book cover at the Hôtel Drouot sale (see note 2), see "Appendix 7: Chart of Recent Provenance" in "An Annotated and Illustrated Checklist of the Vever Collection" [exhibition catalogue] (Washington DC and Seattle WA: Arthur M. Sackler Gallery with University of Washington Press, 1988), 399.

[5] Upon the death of Jeanne Louise Monthiers, as stipulated in the will of Henri Vever, the family's assets were divided evenly between his two grandchildren. His only grandson, Francois Mautin inherited the collection known as "The Henri Vever Collection of Oriental Art and Manuscripts Including Persian and Indian Art and Manuscripts." This book cover is part of that collection. See exhibits F and G as cited in note 4.

An inscription, "Only the pure may touch it," suggests that this fine leather binding was intended for a copy of the Qur'an, although similar covers were used for secular manuscripts. Gold leaf highlights were created on block stamps, then pressed into the leather to leave a finely sculpted impression. The lavish application of gold leaf underlines the importance of manuscripts, such as the Qur'an, in the Islamic world. 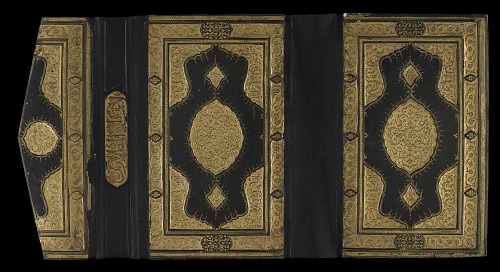