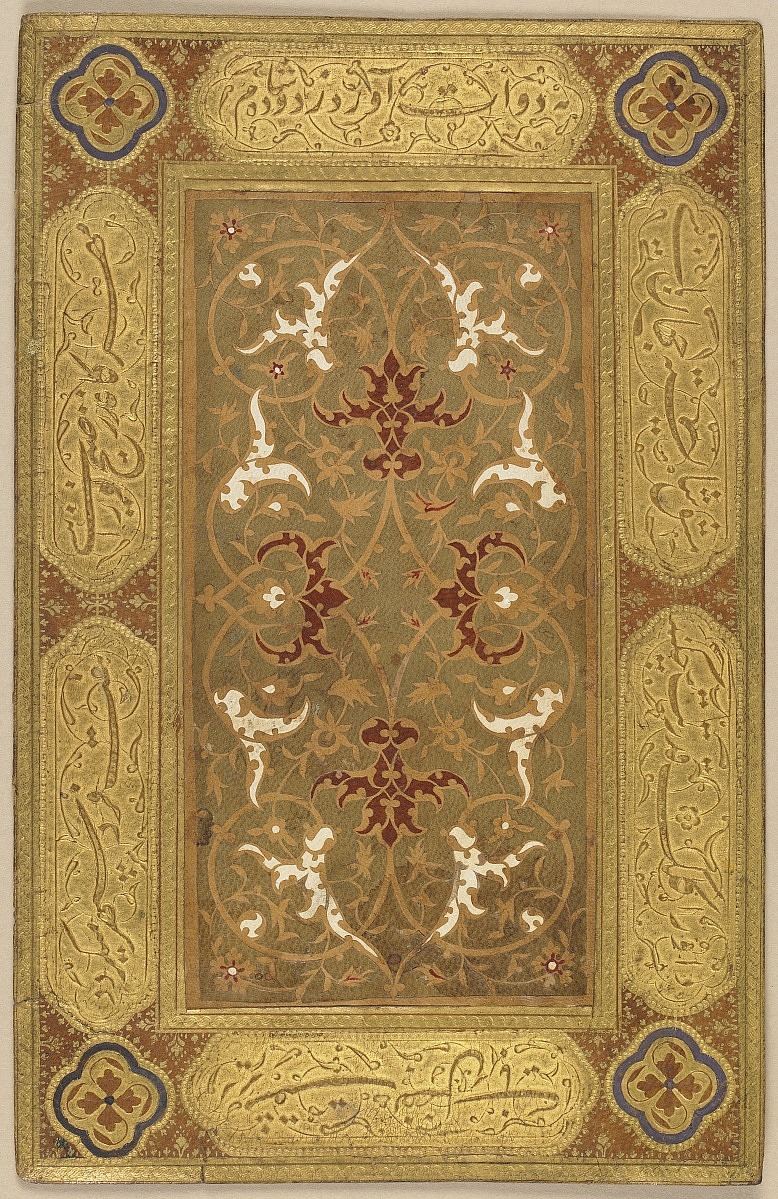 [1] According to an inventory prepared in 1986, reportedly based on an appraisal prepared by M. A. Densmore, this binding was featured in the 1932 Hôtel Drouot's sale of the Sevadjian collection. See note 2. Born into an Armenian family in Istanbul, Hatchik Sevadjian relocated to Paris in 1902. He became a diamond dealer, opening a shop along the Rue du Faubourg-Montmartre, and a connoisseur collector, building a large collection of Greek, Roman, Egyptian, Indian, and Islamic antiquities.

[3] An accomplished French jeweler and collector, Henri Vever (1854-1942) amassed a large and impressive collection of works of art during his lifetime. His holdings in Japanese prints and Islamic arts of the books, especially from Iran and India, were among the most important assembled in the early twentieth century. This work was in Vever's collection at the time of his death in 1942.

During the Safavid period, many bookbindings were also decorated on the interior surface. Known as the doublure, this elegant example is inscribed with six lines that refer to the art of writing:

Ink was brought from the soot of the night,
Paper from the luminous morning.
The seven globes of the universe turn at the foot of
your calligraphy by Divine grace.
O Lord, what can the pen of your might do?
Calligraphy worthy of sovereignty. 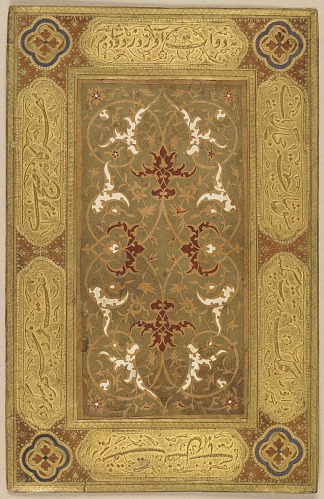