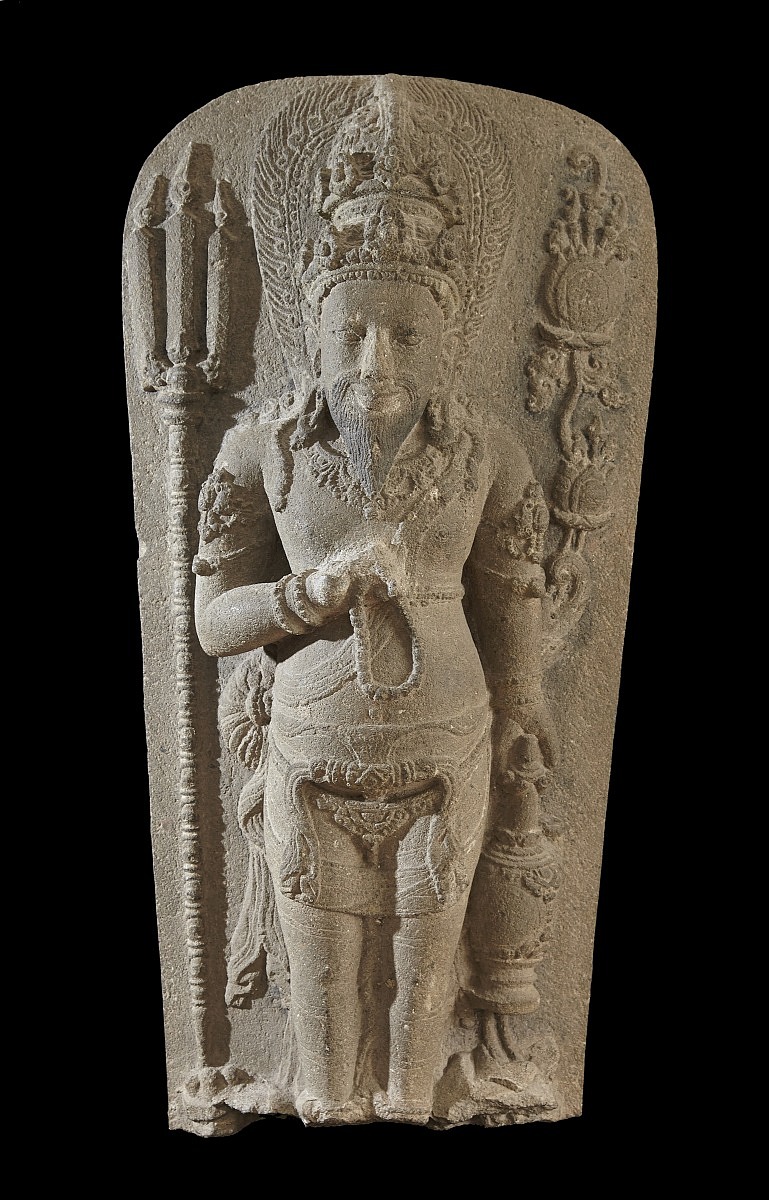 Carved in relief against a stone slab, the divine sage stands facing frontally, holding a water pot in his left hand and prayer beads in his right. Beside him are a trident and double-lotuses growing on thick stalks. His matted locks of hair are piled high and ringed with a flaming aureole, and his pointed beard, ornaments, and water pot identify the figure as Agastya. Images of Agastya are almost exclusively made of stone, as opposed to other materials.

The prayer beads that Agastya carries signal his connection with the god Brahma and his role as a Hindu priest. The trident to his right indicates his connection with the Hindu god Shiva. Agastya's body takes the form of a guru, or great teacher. He is a mature figure with a pointed beard, matted locks, and a corpulent form. His belly swells with the retention of prana, or sacred breath. In Indic philosophies, prana is understood to be the life force that runs through all living beings. The control of breath (pranayama) purifies the body and helps the practitioner attain spiritual powers. Agastya's idealized body conveys his achievements.

On temples in South India and Indonesia, Agastya is positioned on the southern exterior wall. Although he first appeared on Indian temples, it is only in East Java that he became an essential component of the iconographic program. East Javanese temples face west, with a linga in the central sanctum representing Shiva, and sculptures in the niches on the exterior walls depicting Durga (N), Ganesha (E), and Agastya (S). The western face was guarded by Shiva's protectors, Nandisvara (S) and Mahakala (N). This grouping and spatial arrangement is unique to Indonesia.

Features including the lotuses rising from a watery base rather than from pots, the bustle at the side of Agastya's hip, and the fine quality of decorative carving suggest that this figure of Agastya dates to East Java's Singosari period (1222-1292), an era of great artistic production. Its rulers established a royal urban capital at Singosari and sponsored the construction of large-scale stone temple-complexes inside their city. 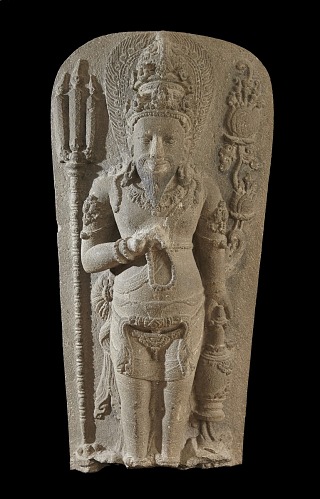