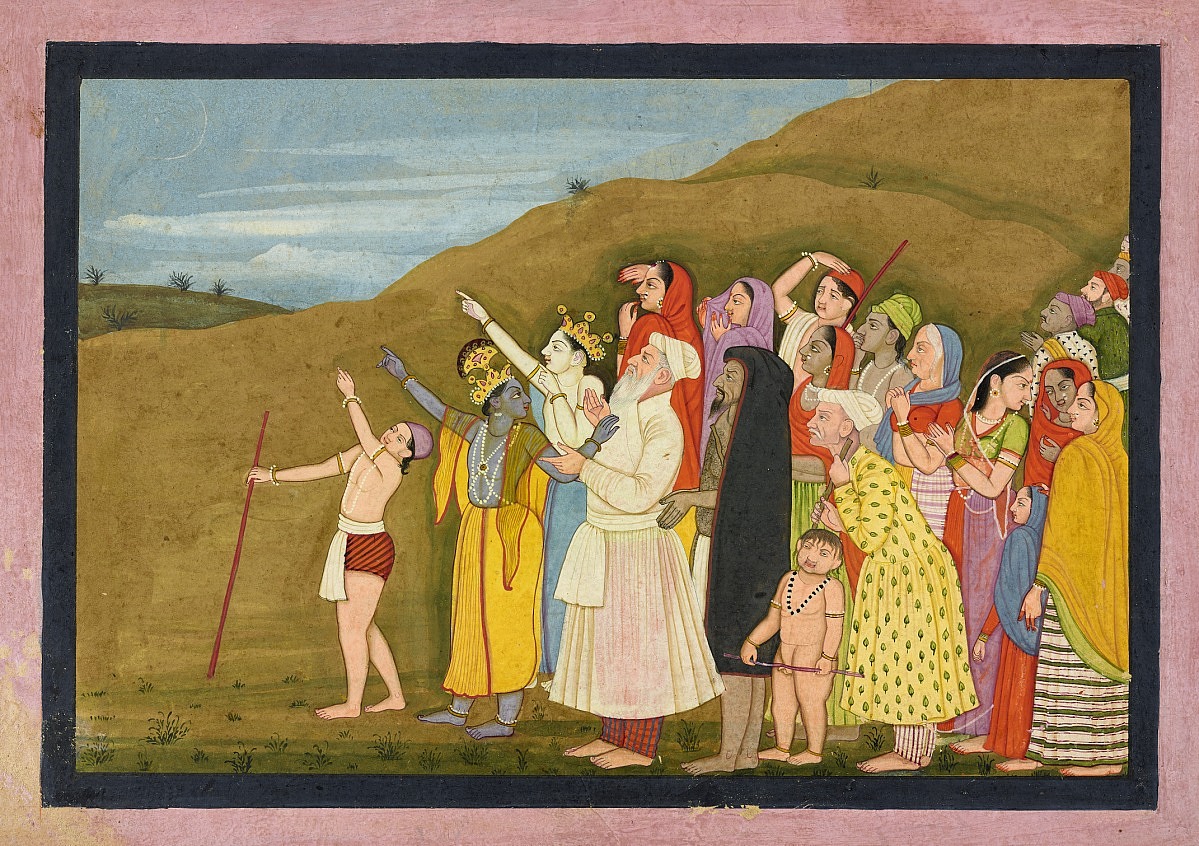 From 2008 to 2017
Catherine Glynn Benkaim, Beverly Hills, California, purchased from Arif Rahman Chughtai in the United States in September 2008

From 2017
Freer Gallery of Art, partial gift and purchase from Catherine Glynn Benkaim [3]

[1] The painting has a personal seal of Abdur Rahman Chughtai. One of Pakistan’s leading twentieth-century artists, Abdur Rahman Chughtai (1897-1975) built up a substantial collection of Indian paintings over the course of his career. This painting is likely to have left Himachal Pradesh for Pakistan before 1972 (when Chughtai was 75 years old). The artist’s own works and his collection of Indian court paintings went to his son, Arif Rahman Chughtai, who registered many of the Indian paintings as property of a museum dedicated to his father’s art. This painting does not bear the stamp of the Chughtai museum, which indicates that it was not registered with the Pakistani government as the property of the Chughtai museum.

Verso: some Urdu and English inscriptions. 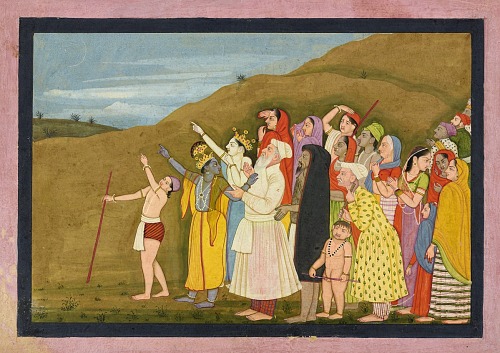 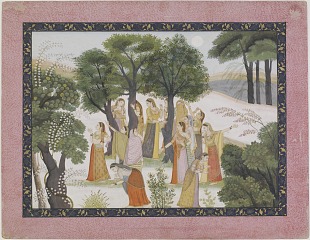