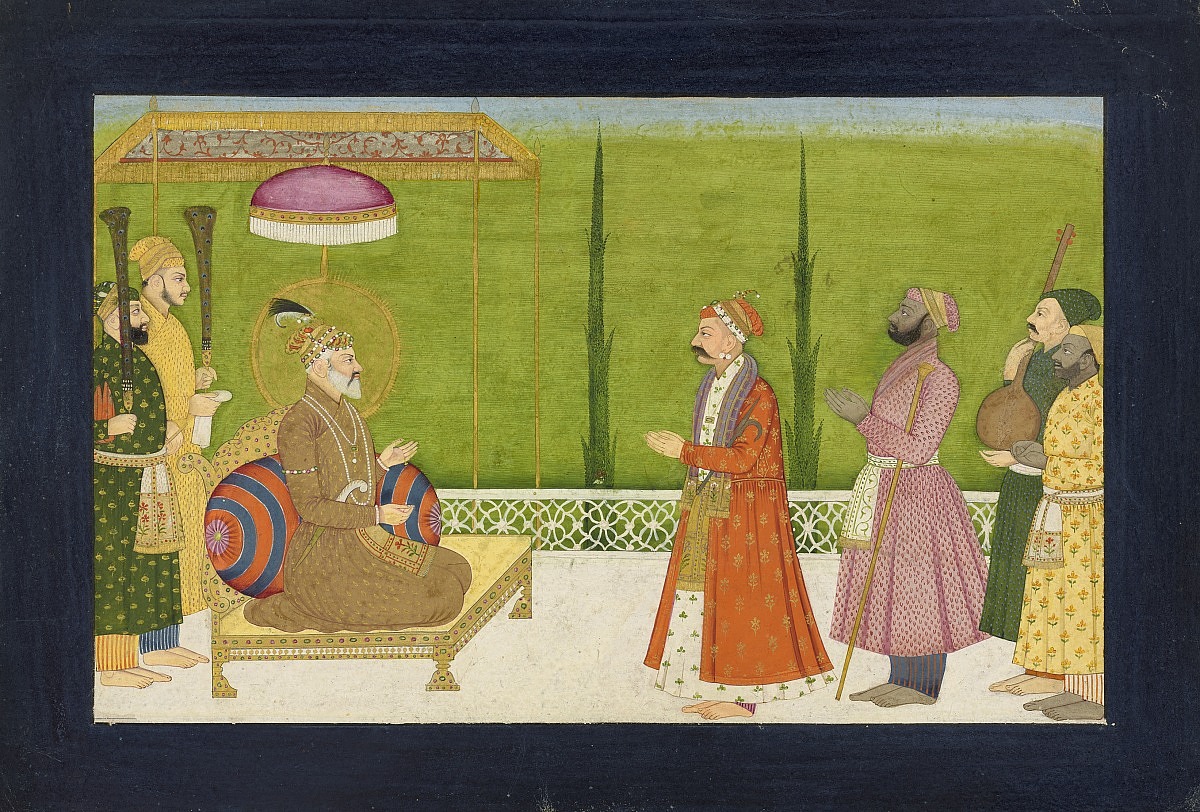 From 2017
Freer Gallery of Art, partial gift and purchase from Catherine Glynn Benkaim [4]

[1] The painting is believed to have been part of a large cache of Mandi paintings that were dispersed from the Mandi storerooms in the 1940s. The father of Mr. Bharany, who was based in Amritsar, was one of two dealers who handled their dispersal. About half the paintings went to Lahore; Mr. Mehra (a dealer in Delhi) and Coswajee Jahangir (a collector in Mumbai) were among those who acquired them in India, according to information from Catherine Glynn Benkaim, June 14, 2016.

Verso: Four lines of devanagari script: a verse of Sundar
Shah Jahan gave countless wealth to skilled men.
Among them he honored the fine poet Sundar with much respect.
He gave gemstones, ornaments, a land settlement,1 horses, elephants, a set of
clothing. First he gave the title “King of poets,” then “Emperor of Poets.”
The king of poets is a Brahman and a resident of Gwalior city.
The emperor looks upon him with favor and is kindly.

In another hand in devanagari script: Sri Badshah [the esteemed emperor] ordered [Sundar] to make [compose] the Sundar Shringar. On getting the emperor’s order, [the poet] obtained the blessings of Sri Vishnu and Saraswati and returned to his home.
A purple stamped cartouche (the Mandi inventory stamp) with handwritten number 268. The numbers 4 and 44 in black ink in different hands. 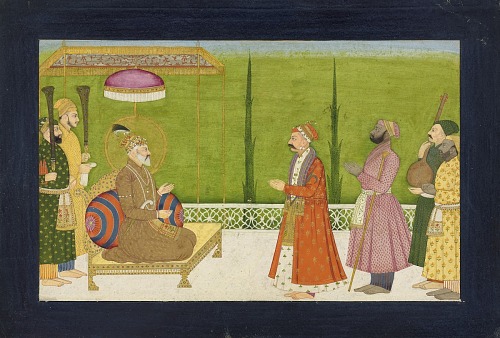