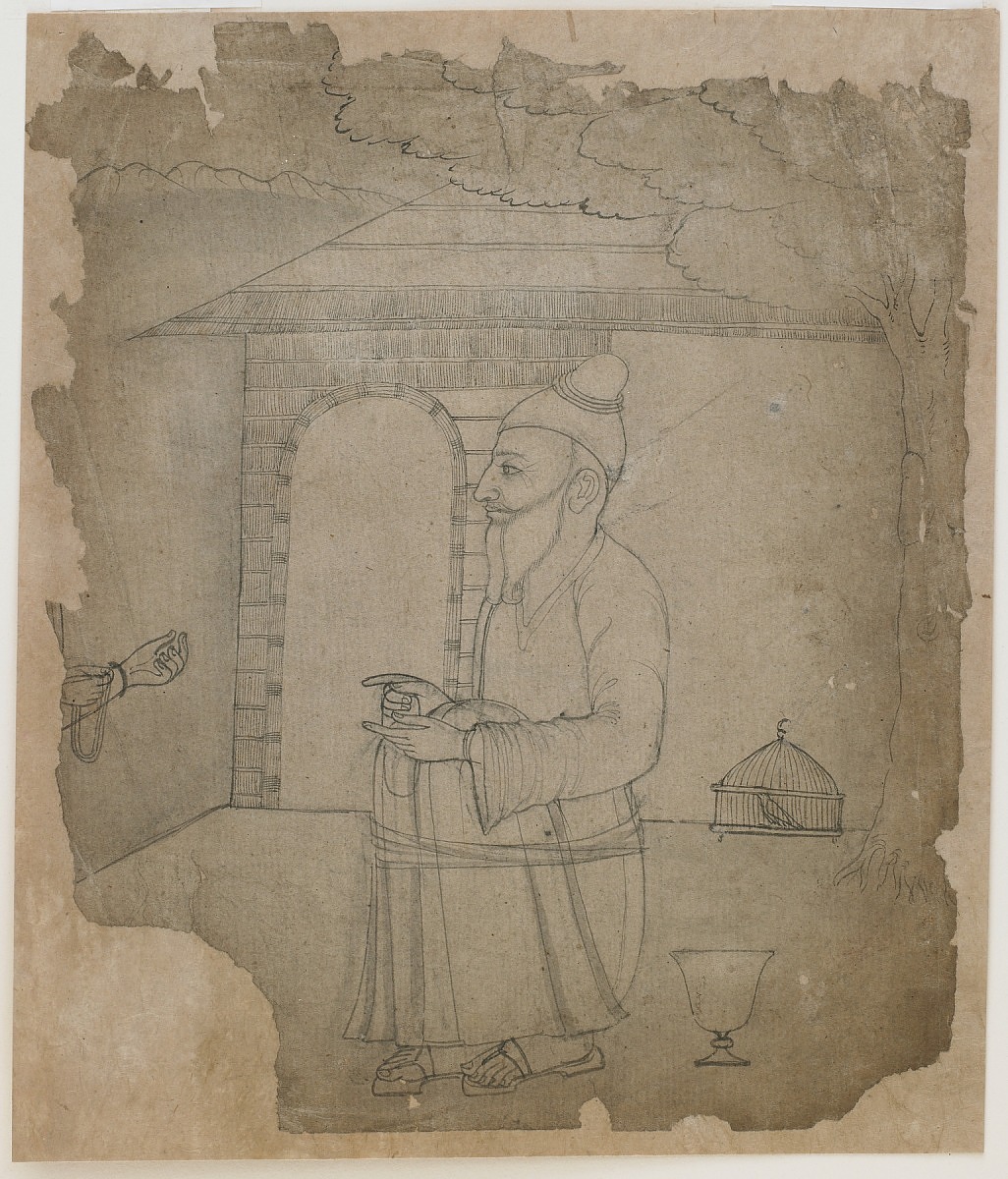 From 2006
Freer Gallery of Art, purchased from Terence McInerney Fine Arts Ltd. in 2006

[1] The painting was formerly in the collection of Abdur Rahman Chughtai (died 1975), one of Pakistan's leading twentieth century artists. Chughtai developed a modern style that drew upon Mughal and Pahari painting; he was also a collector of Mughal and Rajput works on paper. The painting's verso bears two signatures of Chughtai, as well as two obliterated stamps indicating that the painting was catalogued as part of the Chughtai private museum (which features the artist's twentieth-century paintings) in Lahore. Although there is no written documentation concerning this painting's provenance beyond the verso inscriptions, it is known to have been sold to a western collector, as were other pre-modern works from Chughtai's collection, sometime in the late 1960s or early 1970s.

The drawing fragment, which has been in two European private collections successively over the last four decades, was earlier in the collection of Jagdish Mittal of Hyderabad, India. Mr. Mittal acquired the bulk of his painting collection in the 1950s and 1960s. The fragment is reported to have left India in the early 1970s (according to Curatorial Remark 1, Debra Diamond, September 5, 2006, in the object record).

This drawing of an ascetic, with its alertly beatific expression, craggy profile, deepset eye, and naturalistically draped robe, point towards the increasing observation from life characteristic of mid and late eighteenth-century painting in Guler, when Mughal drawing techniques and style were adopted. 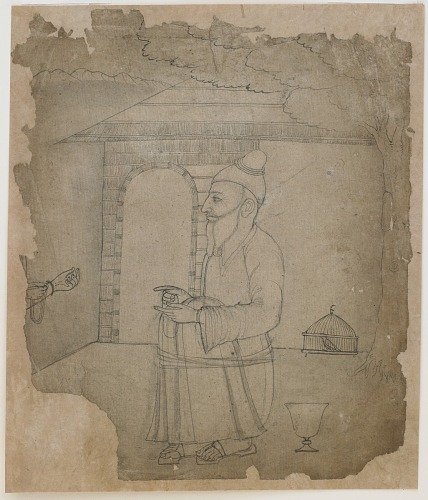