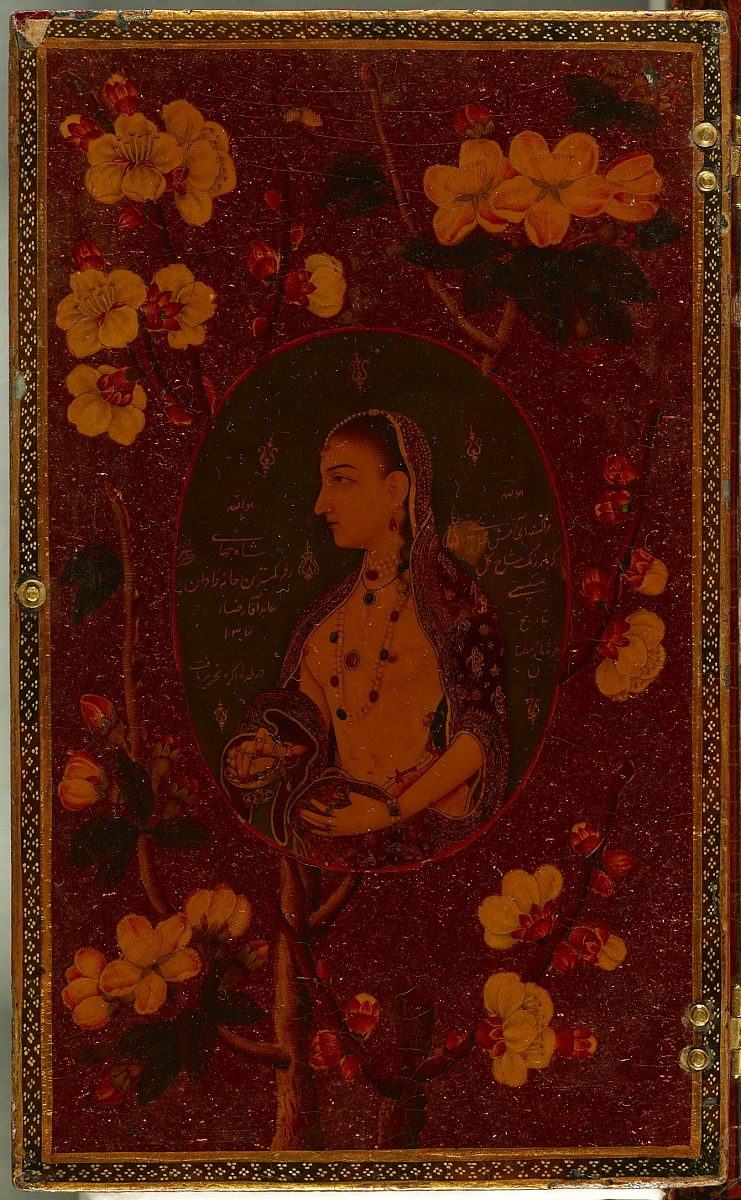 From 2005
Freer Gallery of Art, purchased from Francesca Galloway in 2005

[1] The object was in the collection of Mr. Owen of Aberystwyth, Wales as early as 1951. Francesca Galloway has provided copies of a letter (dated March 28, 1951) and an object report (dated March 20, 1951) in which an unknown art specialist (signature not legible) remarks to Mr. Owen that he was fortunate to have acquired "a museum piece and antique of this kind [in a sale of] odds and ends," (according to Curatorial Note 4, Debra Diamond, April 28, 2005, in the object record).

Portraits of women at the Mughal court are rare, and this portrait's eroticism is unprecedented. Comparing the generic face of the beauty depicted on the back cover of the mirror case with this woman's somewhat pointed nose and smallish eyes, however, gives the sense that this is a specific person.

The portrait's exquisite refinement, the artist's renown, and the painting's date suggest that it was produced for Emperor Jahangir (1569- 1627) or his son Shah Jahan (1592-1666), the builder of the Taj Mahal. The small oval painting clearly was valued long after those who knew the woman had passed away. It was placed against the sparkling ground and set within the mirror case almost a century after its creation. 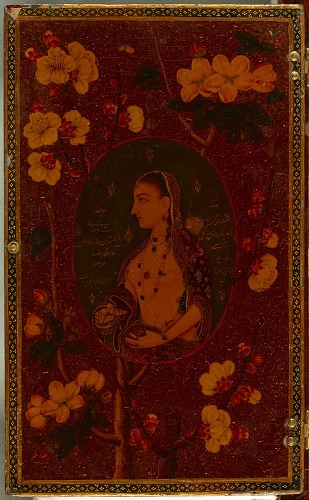