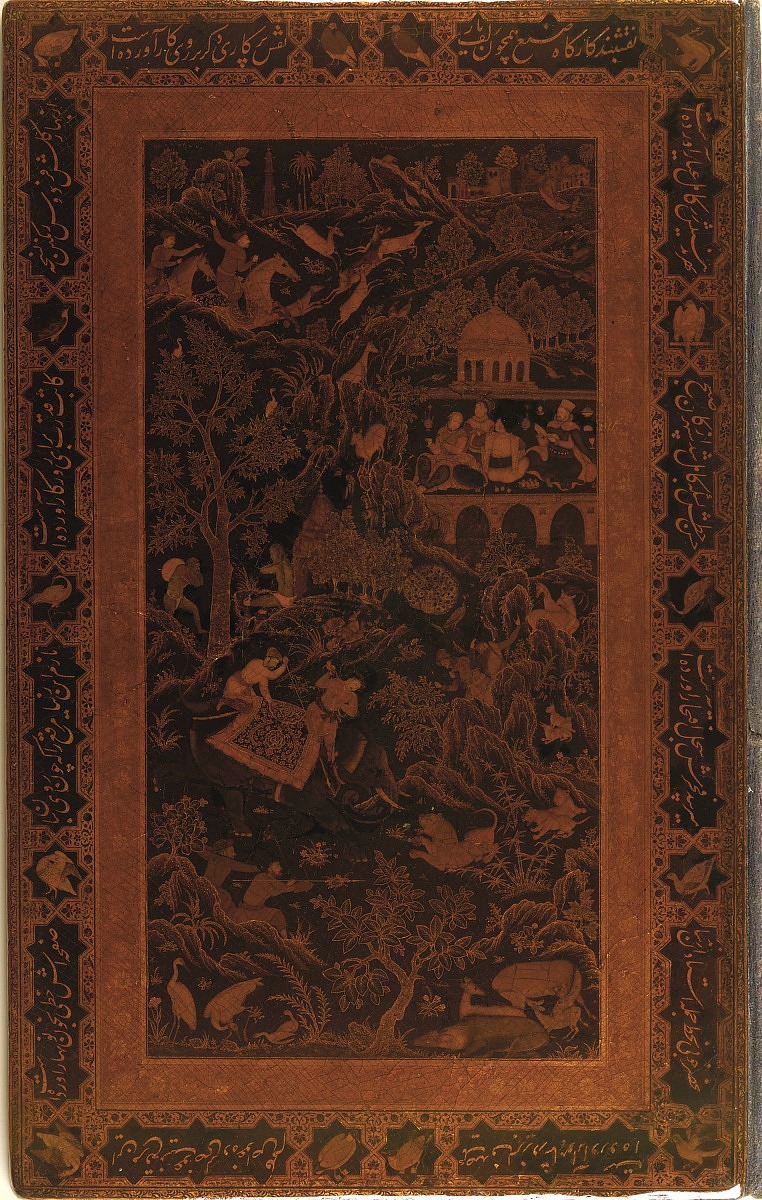 Medium
Painted with colors and gold and lacquered, also leather and possibly mother-of-pearl.

Notes:
[1] These album covers with folios were taken from India to Iran when Delhi was looted by Nadir Shah in 1739. They remained in Iranian hands until the late nineteenth century, when they began to be dispersed. See Curatorial Remark 2 in the object record.

[3] Believed to have been the property of Ms. Kummer’s father. From 2000 to 2003 questions were raised regarding provenance and ownership of these pieces. Research is ongoing. 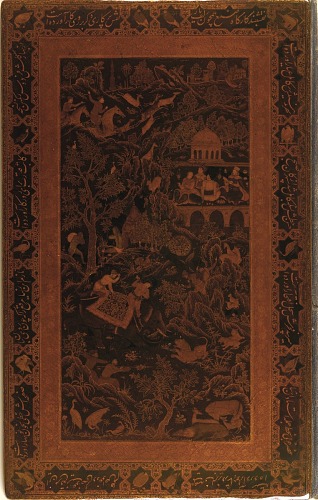