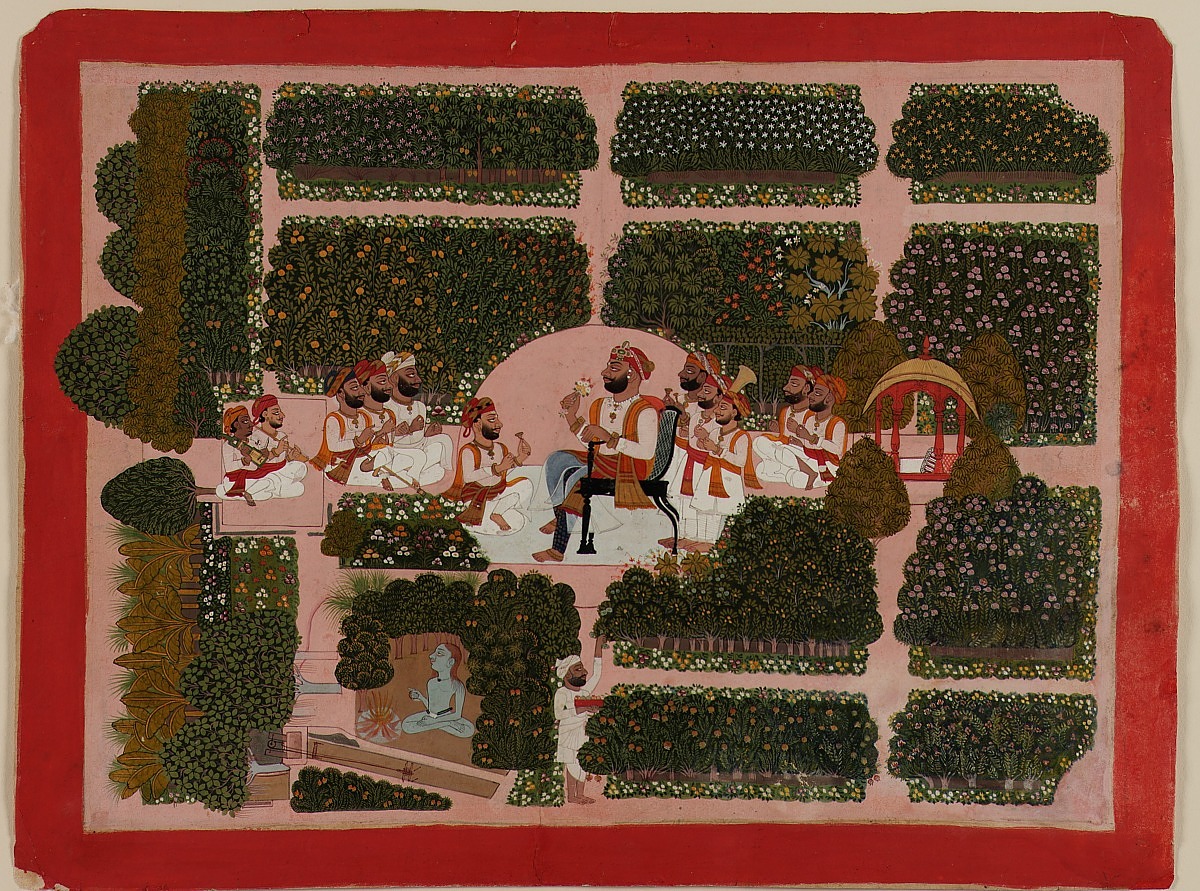 From 1999
Freer Gallery of Art, purchased from Terence McInerney Fine Arts Ltd. in 1999

[1] In 1967, the object was seen and photographed by Milo C. Beach in the collection of Kumar Sangram Singh; his seal is on the reverse (according to Curatorial Note 4, Milo C. Beach, December 6, 1999, in the object record).

This painting is in an early phase of the style that became general at the royal court of Jodhpur, as well as in outlying dependencies.

Following the death of Maharaja Vijay Singh of Jodhpur in 1793, a succession battle took place that centered on Bhim Singh and Man Singh, two grandsons (but by different fathers) of the deceased ruler. Bakshi Singhvi Akhairaj was a partisan of Bhim Singh, whom he helped to place on the throne on July 20, 1793. During the next years, he led several campaigns aganst the continually rebellious Man Singh, whose side he joined in 1798. Captured and imprisoned by Bhim Singh, he had again joined Man Singh when the Maharaja died in 1803, and helped to insure Man Singh's succession--not difficult, since Man Singh was the only surviving heir in the family. As the Marathas became more powerful in the area, Akhairaj joined a coup d'etat to prevent Man Singh's intended alliance with Bapuji Scindia, and forced Man Singh's abdication in favor of his son, the yuvraj Chattra Singh. Eventually the British negotiated a treaty with Jodhpur, signed on January 6, 1818, that ended Scindia trouble-making, replacing the tributes demanded by the Marathas with tribute to the British. Because of the English chair, this painting probably post-dated that alliance. 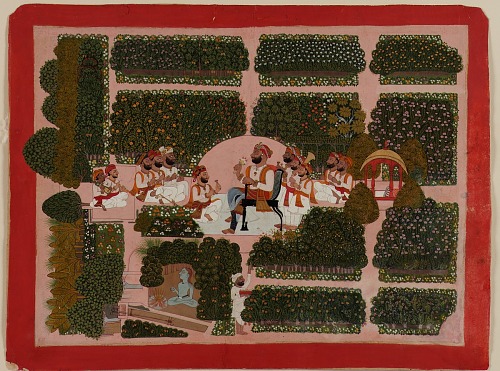