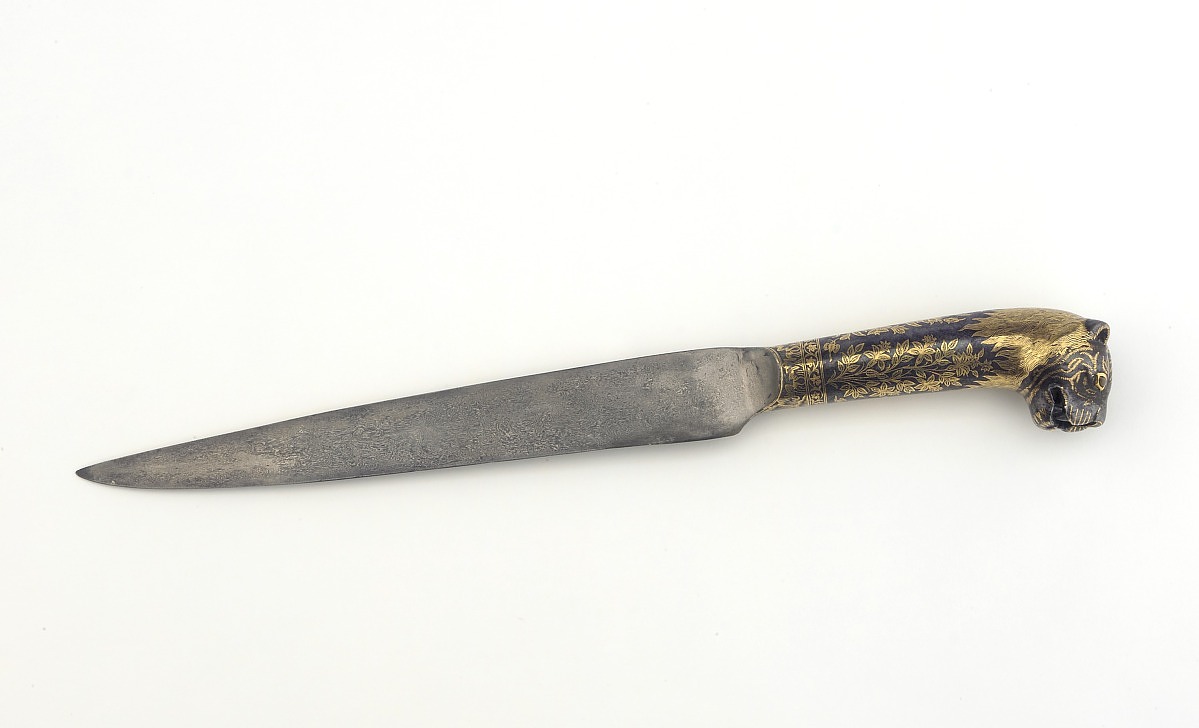 To 1998
John Lawrence Fine Arts, London, acquired from an unidentified European vendor, to 1998 [1]

From 1998
Freer Gallery of Art, purchased from John Lawrence Fine Arts in 1998

[1] John Lawrence Fine Arts acquired the object from a European vendor; the object had arrived in England sometime in the early part of the 20th century (according to Curatorial Note 2, Massumeh Farhad, February 4, 1998, in the object record.

In the seventeenth century, daggers with animal-headed hilts were among the most popular and fashionable accoutrements worn by members of Mughal nobility and the ruling elite. Most often adorned with heads of horses, but also sheep, goats, and camels, such daggers were suspended from a man's belt or tucked into it. Although regarded primarily as ceremonial weapons, their sharper blades suggest that they could also serve as functional and deadly works of art.

This particular dagger is notable for its expressive leonine head, which was first cast and then tooled to give the surface its subtle modulation. The fangs, whiskers, as well as the overall musculature of the head have been articulated and accentuated with gold inlay, lending the animal a ferocious and naturalistic expression. In contrast to the carefully articulated head, the lion's mane has been skillfully abstracted into a mass of wavy gold lines that form gently swaying, stylized rose bushes. 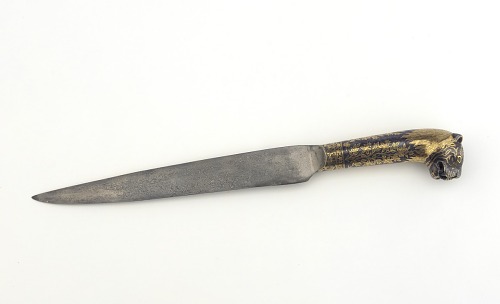