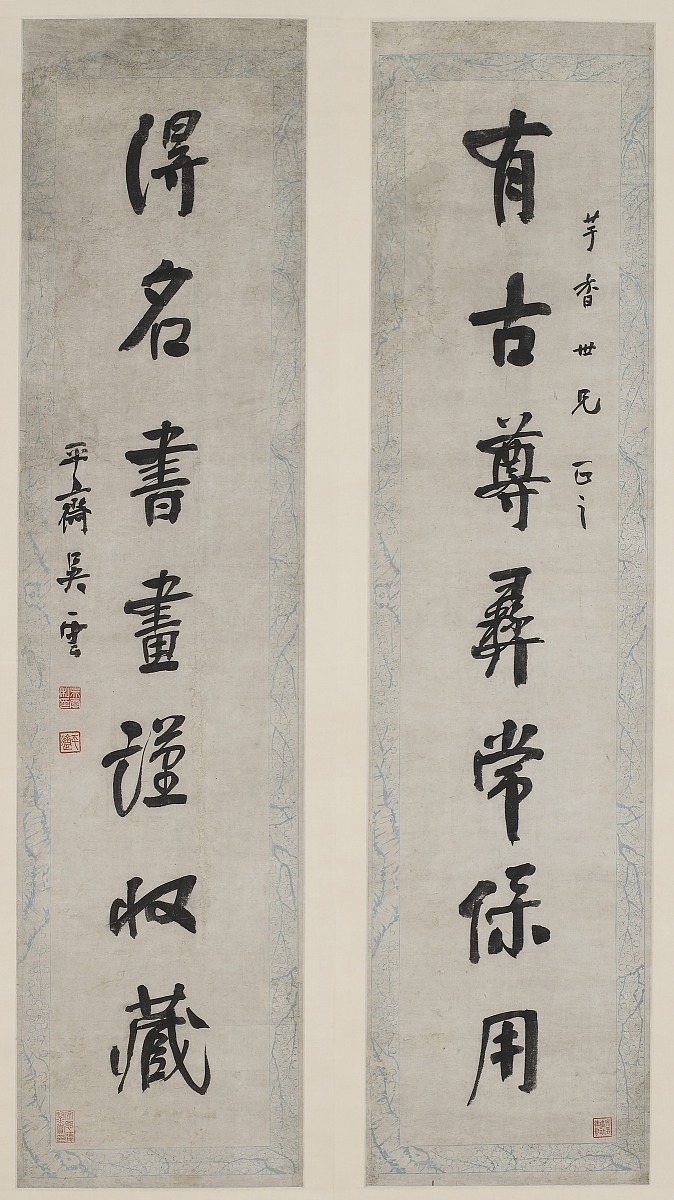 I shall forever protect the ancient bronzes in my possession,
Carefully store the famous calligraphy and paintings I own.

Wu Yun is known primarily as a scholar, collector, and celebrated connoisseur of antiquities. His vast collections contained ancient bronzes and seals, painting and calligraphy, as well as rubbings and rare books. The various objects in his collection were dispersed after his death and many can be found in Western collections, including the Freer Gallery of Art. Wu Yun was also a painter and calligrapher of some note, and served as a patron to many prominent scholars and artists, particularly those of the Stele School, who shared his passion for ancient epigraphy. Most published examples of Wu Yun's writing were rendered either in clerical script or running script, as here, in which he often followed the style of the Tang dynasty master Yan Zhenqing (709-785). Adhering mainly to the model-letters tradition, Wu generally strove for elegance and decorum in his calligraphy. Addressing Wu's interests as a collector, this couplet is typical of his writing in both content and style.

A wealthy native of Gui'an, in Zhejiang Province, Wu Yun passed the provincial examinations and started his official career in 1844 in the offices of the prefect of Suzhou. Soon after, he was made district magistrate of Baoshan for two terms. In 1858, he became prefect of Zhenjiang, on the Yangtze river in Jiangsu Province, and the following year prefect of nearby Suzhou. At the time, the area was suffering from the depredations of the Taiping rebels, who captured Suzhou during Wu Yun's temporary absence in Shanghai, where he was engaged in negotiations with the Western powers for military aid. Blamed for losing the city, he was later exonerated and participated in organizing the defense of Shanghai. In all, he served as prefect of Suzhou for some three years, after which he retired for good from public office and devoted himself to his collections. 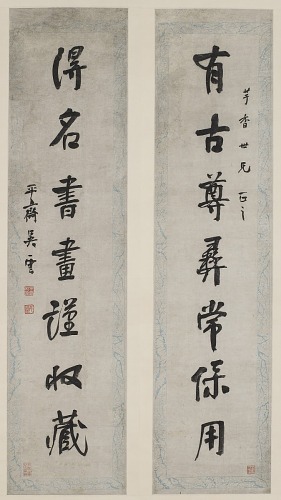