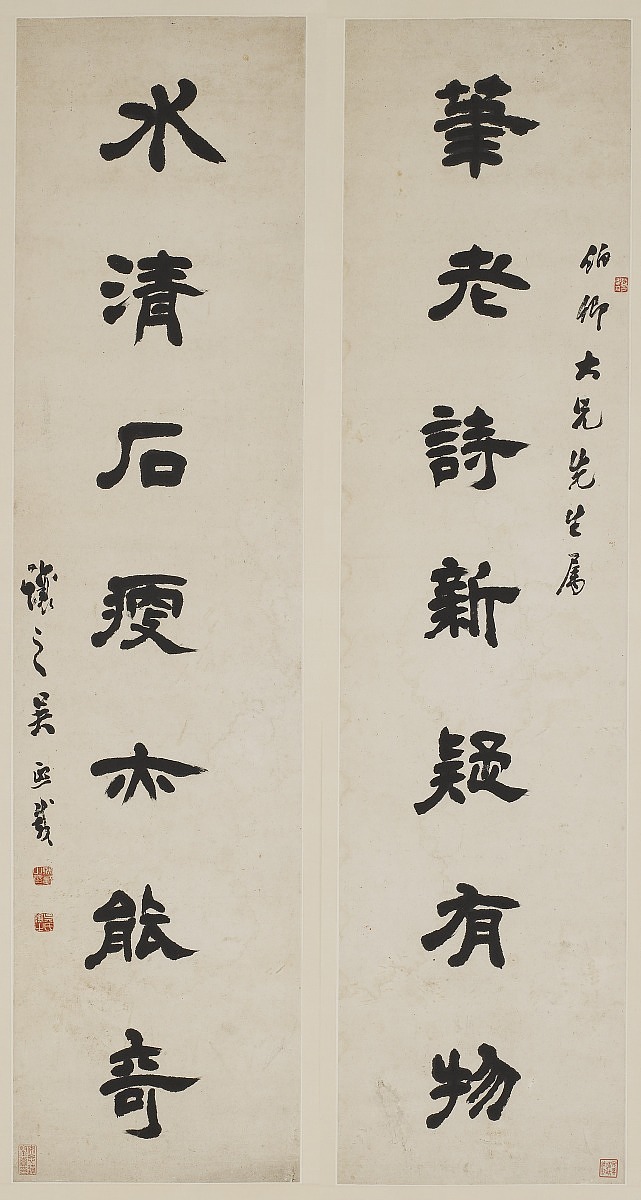 A new poem from an old brush may still have substance,
Just as slender stones in clear water can be extraordinary.

Admired for his seal carving, painting, and calligraphy, Wu Xizai was born and raised in the city of Yangzhou, in Jiangsu Province, an important commercial center to which his family had moved in an earlier generation. His father earned a meager living as a physiognomer, a kind of fortune-teller who could "read" a person's character and fate through examining his facial features. Despite these humble origins, Wu Xizai received a good education and passed the provincial qualifying exams, but made his living as a professional artist. In 1853, when advancing Taiping rebels threatened to engulf Yangzhou, Wu fled to relative safety in the nearby town of Taizhou, where he remained until 1864. During these years, he often stayed as a guest with various well-to-do friends and collectors, for whom he produced a steady stream of seals, paintings, and calligraphy.

Although Wu Xizai was adept at all styles and forms of writing, he is most highly regarded for his works in seal script and clerical script, as seen here, which were firmly grounded in his study of ancient stele inscriptions. In translating these early forms of writing, he was a leading exponent of the styles and techniques pioneered by Deng Shiru (1743-1805; see scroll at left). Following Deng's manner, Wu held his brush straight upright and applied steady pressure, using only the middle of the brushtip to write. As a result the individual strokes are generally of more-or-less even width and the tonality of the ink is a consistent dark black with no sign of streaking, while both the internal structure of individual characters and the spacing between them are carefully balanced and maintained. Written with firmness and authority, Wu Xizai probably created this couplet in Taizhou during the prime his career. 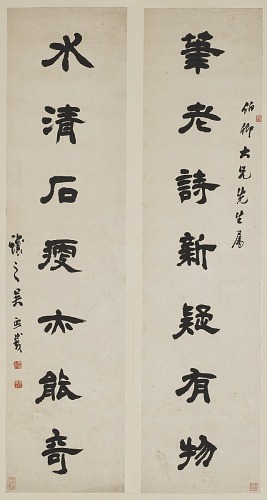