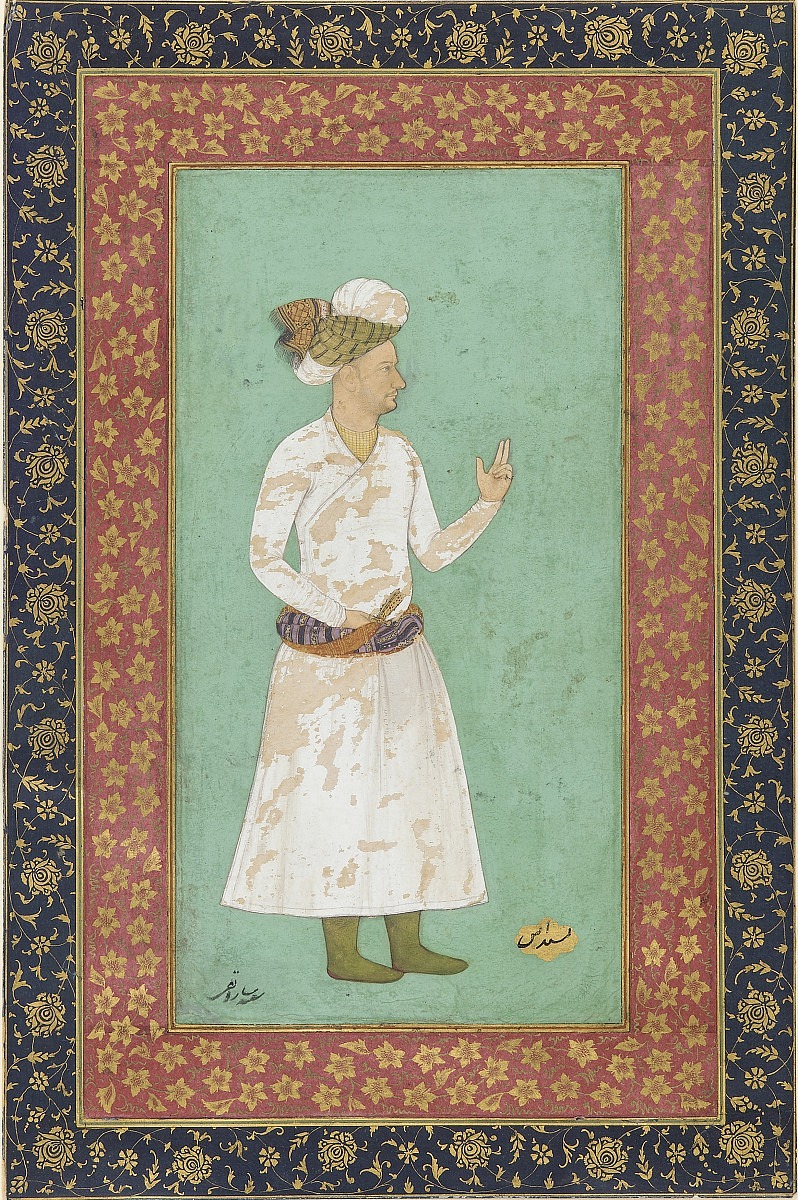 From 1997
Freer Gallery of Art, purchased from Sophia Riefstahl in 1997

An inscription in the lower left corner of the painting reads, "in the likeness of Saru Taqi."

The signature of the artist is contained in the little gold cartouche to the right of the nobleman.

This painting is a relatively rare portrait of an important Safavid historical figure by a celebrated Mughal painter. The painting may have been based on direct observation or on a sketch conceived during Bishan Das' visit to Iran between 1613-19 with a Mughal delegation from Jahangir's court. The signature of the artist is contained in the little gold cartouche to the right of the nobleman.

Considered one of the most influential 17th-century Safavid politicians, courtiers, and patrons of architecture, Mirza Muhammad Taqi, known as Mirza Taqi or Saru Taqi ("Taqi of the fair hair"), a eunuch, was born ca. 1579 in Tabriz.  He  joined the army and quickly moved up the ranks. In 1616, Shah Abbas (r. 1588-1629) appointed him governor of Mazandaran, where he was entrusted with the construction of several royal palaces, roads, and bridges. In 1634, Shah Abbas' successor, Shah Safi (1629-42), named Saru Taqi grand vizer--a position he held until his murder in 1645.

Known for his administrative skills and incorruptibility, Saru Taqi established a highly efficient administrative system and succeeded in raising state revenues to levels never known before in Iran. In the course of time, however, he became rigid and autocratic; his behavior earned him not only numerous enemies but it also worked against the interest of the state. For instance, Saru Taqi's reluctance in 1638 to renew a tax concession meant that the governor Qandahar placed himself and the province under the jurisdiction of the Mughal emperor, Shah Jahan. 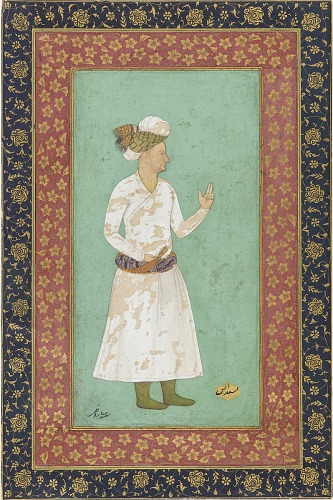