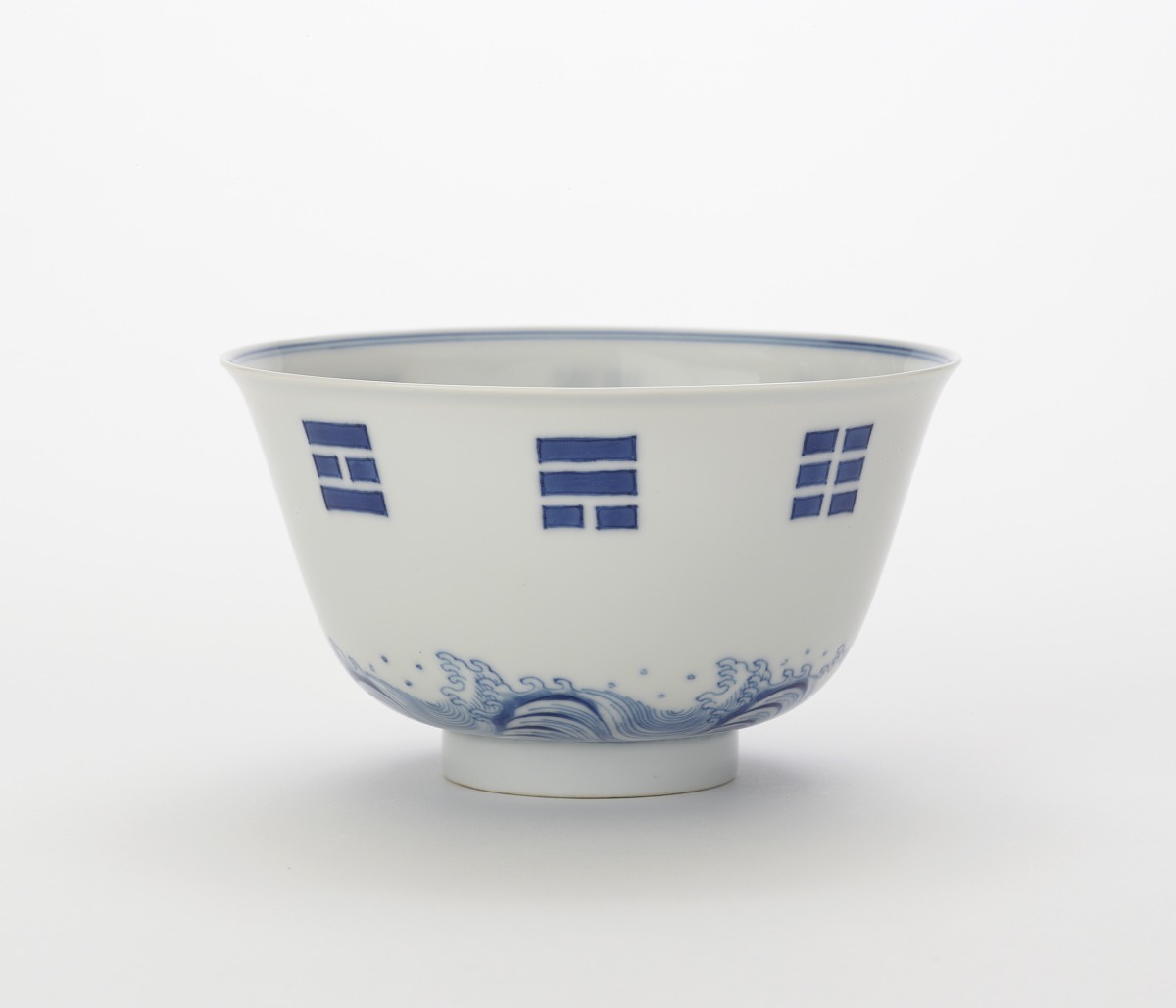 [1] Alfred Edward Hippisley acquired the bowl while serving as Commissioner of the Imperial Maritime Customs Service in Shanghai and Beijing between 1876 and 1884, see “Preface,” in Anderson Galleries, The Hippisley Collection of Chinese Porcelain formed by Alfred E. Hippisley (New York, January 30, 1925), np. Hippisley’s collection was exhibited at the National Museum (later Smithsonian Institution) in Washington DC in the years 1887-1912. A descriptive catalogue of the collection was published first in the Smithsonian Annual Report for 1887-88 and later republished in Alfred E. Hippisley, Sketch of the History of Ceramic Art in China, with a Catalogue of the Hippisley Collection of Chinese Porcelains (Washington, DC, 1902). The catalogue listed the bowl together with its pair as cats. 42, 43. In 1888 and again in 1909, Hippisley offered the collection to the National Museum, but the institution declined, see A. Hippisley to G. Brown Goode, Assistant Secretary, Smithsonian Institution (SI), December 22, 1883; G. Brown Goode to A. Hippisley, January 20, 1889; A. Hippisley to W. H. Holmes, Head Curator, Department of Anthropology, SI, September 20, 1909; A. Hippisley to R. Rathburn, Assistant Secretary, SI, November 17, 1909, copies in object file.

[2] Lot 191 included two objects catalogued as “Pair of two bowls, Decoration: outside, a band of waves above foot, with the pa-Kwa or eight diagrams (see No. 26) above; inside, within a double circle, emblematic of the Ultimate Principle of Being, the Yir and Yun, the positive and negative Primordial Essences. All in deep blue under glaze. Mark: ‘Made during Kang-hsi period of Ching dynasty.’” The lot was sold for $40.

[3] According to a note on an undated document from J.J. Lally & Co., the object was at the Chait Galleries in New York, date unknown. It is known that Ralph M. Chait gallery handled objects from the Hippisley collection and exhibited the Hippisley porcelains in March 1935, although it is uncertain whether F1995.8 was among exhibited items.

With its translucent porcelain body, purplish cobalt oxide design, and dramatic use of white space, this bowl is a fine example of the imperial porcelain wares produced at the Jingdezhen kiln during the reign of Qing emperor Kangxi (reigned 1662–1722). It features two of the best-known symbols associated with religious Daoism: a taiji diagram in the center of the interior and the bagua (Eight Trigrams) on the exterior. The taiji symbolizes the unity of the forces of yin and yang and the continuous regeneration of the universe. The Eight Trigrams are broken lines whose various combinations are believed to symbolize all the phenomena of the world. 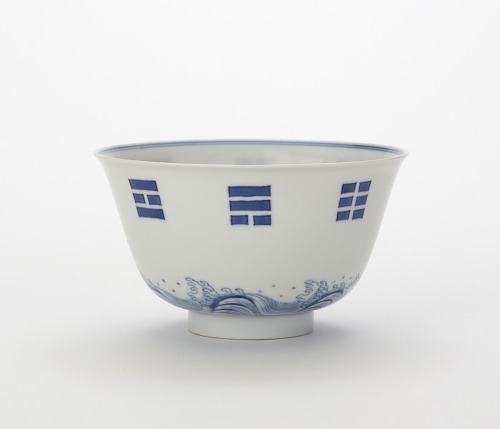