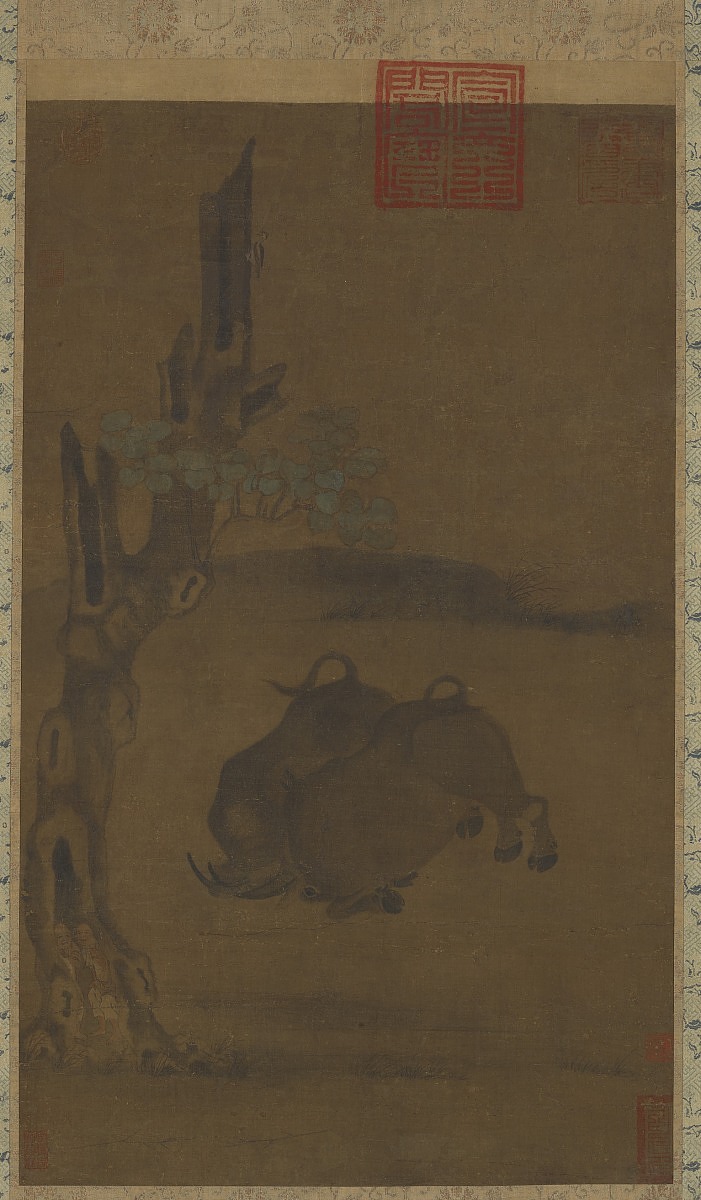 Medium
Ink and colors on silk

[1] An Qi’s collector seal is located on the painting. The colophon written by Lu Hui (1851-1920) is mounted on the back of the frame. Lu Hui states that this is the same painting which appears in An Qi’s catalogue Moyuan huiguan, under the name of Dai Song and cites a passage from the collector’s catalogue. F1992.43 meets all the particulars specified in An Qi’s catalogue entry, especially in overall description of the composition and in the identification and placement of four of its seven seals. However, there is one discrepancy: An Qi’s entry includes mention of the water buffaloes “red starring eyes,” the element which does not correspond with the Freer Gallery painting. See An Qi, Moyuan huiguan (Beijing: Liulichang, Hanwen Zhai, 1914), 1b-2a. For annotated translation of the catalogue entry see Thomas Lawton, “An Eighteenth Century Chinese Catalogue of Calligraphy and Painting,” thesis (Harvard University, 1970), vol. 1, p. 51-52, vol. 3, p. xix-xx.

[4] The scroll was among the paintings brought by Pang Yuanji with the assistance of his cousin Pang Zanchen and the dealer C. T. Loo, to the United States on the occasion of the Panama-Pacific International Exposition in San Francisco in 1915, see Pang Lai Ch’en [Pang Yuanji] 1915, p. 12-13. The Meyers examined the painting in New York prior to its transfer to San Francisco in April 1915, see Eugene Meyer’s telegram to Charles L. Freer, April 30, 1915, Eugene Meyer Papers, Library of Congress, copy in object file. 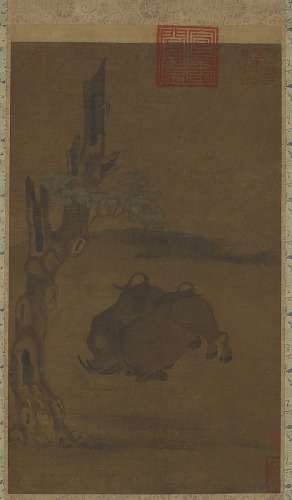