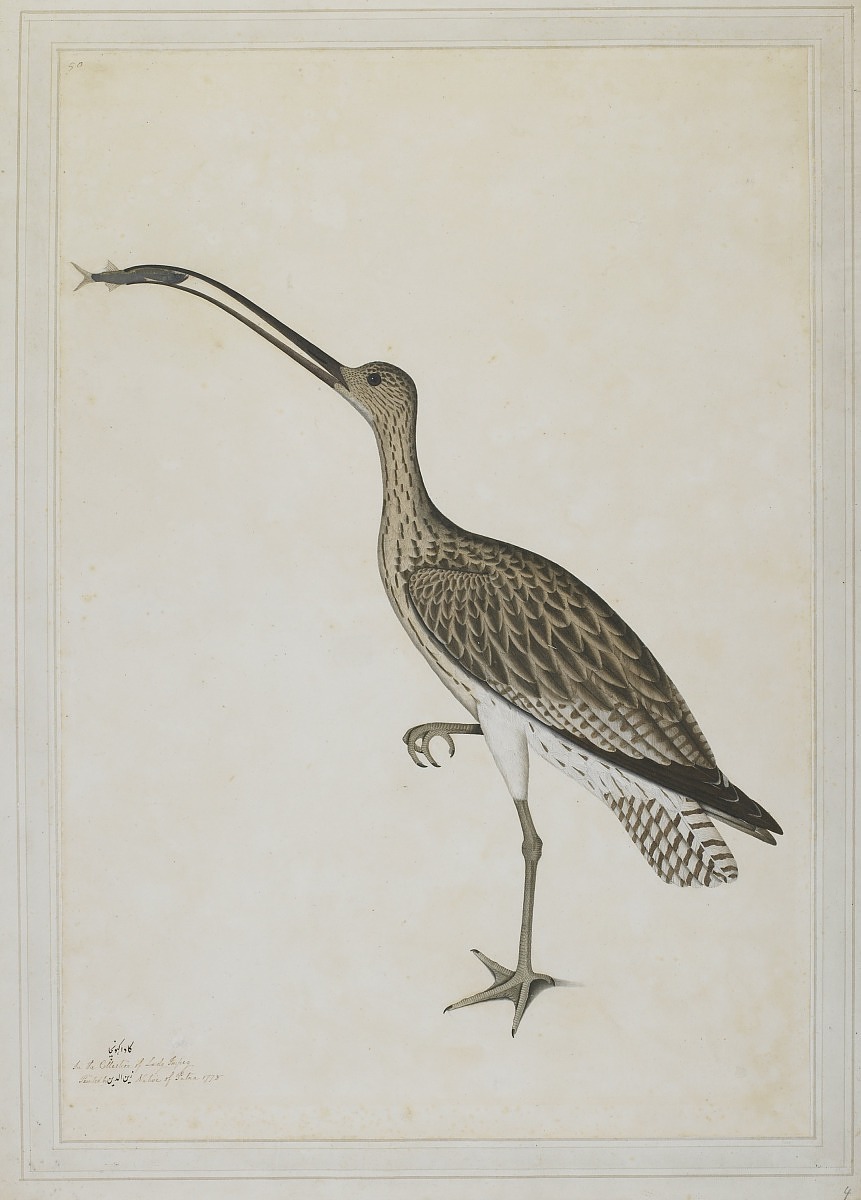 [1] According to the Sotheby's catalog Indian Miniatures: The Bachofen von Echt Collection (April 29, 1992, 38 lots), within the Baron and Baroness Bachofen von Echt collection of Indian pictures, only one picture, the Impey drawing of the Eastern Curlew (lot no. 1 [F1992.16]), was bought after 1980 (see Curatorial Note 5 in the object record).

[2] According to Curatorial Note 5 in the object record.

Like many British who settled in India, Lady Impey, wife of the first chief justice of the Supreme Court in Calcutta, was passionately interested in the country's flora and fauna. Indeed, Lady Impey assembled a menagerie of exotic creatures in her Calcutta garden and had them recorded in a set of more than three hundred large drawings. Muslim artist Zayn-Al-Din, originally from Patna, belonged to a tradition that had produced bird and animal studies for the Mughal rulers and had recently moved to Calcutta in search of new commissions. Here, he has depicted the eastern curlew, a bird frequently seen in Calcutta during the winters; its habitual diet is fish, shrimps, mollusks, and insects. Assisted by two Hindu colleagues, Zayn-Al-Din worked for Lady Impey between 1777-1783, making accurate, realistic drawings. Such works of art, produced by Indian artists for the British officials of the East India Company and influenced by European taste, have acquired the name "Company School." 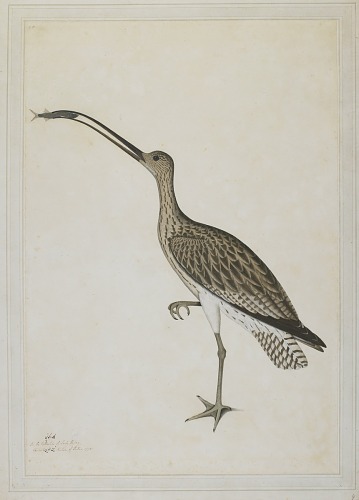