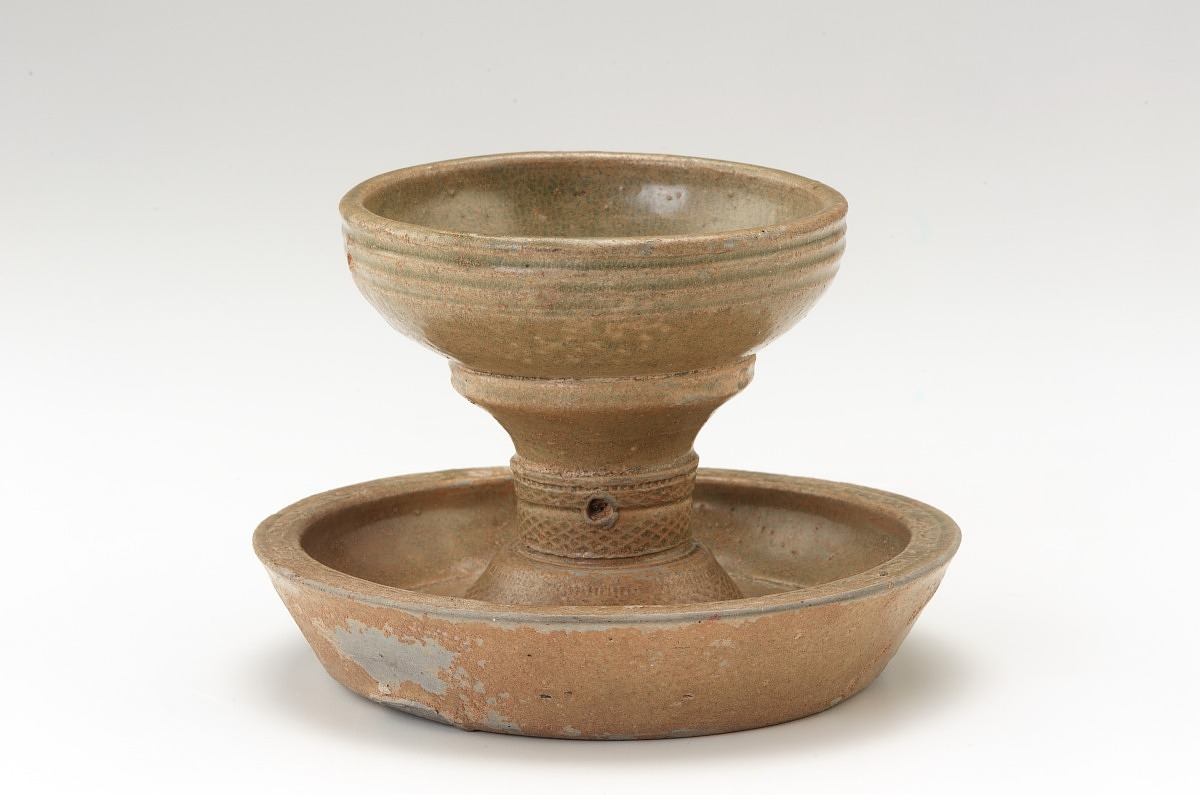 [1] According to a manuscript in the possession of Lesley R. Levine that documented the Levine collection (see Curatorial Note 6, Louise Cort, December 6, 1991 and February 8, 1997, in the object record).

[2] See note 1. See also, the photocopy of a typewritten section of "A Partial Description of Art Objects and Antiques in the Collection of Mr. and Mrs. Howard D. Levine," dated 1961, in the object file. Also, the object was examined by John A. Pope at the Freer Gallery of Art in April 1959 (see Curatorial Note 1 in the object record).

The glaze on early Yue ware such as this oil lamp is usually grayish green in color and uneven in thickness. Because of difficulties in regulating the kiln atmosphere, glazes sometimes misfired beige, as seen on some areas of this lamp. 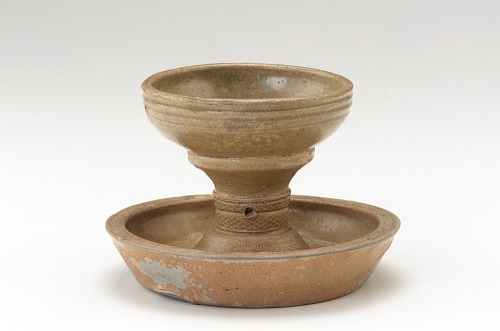