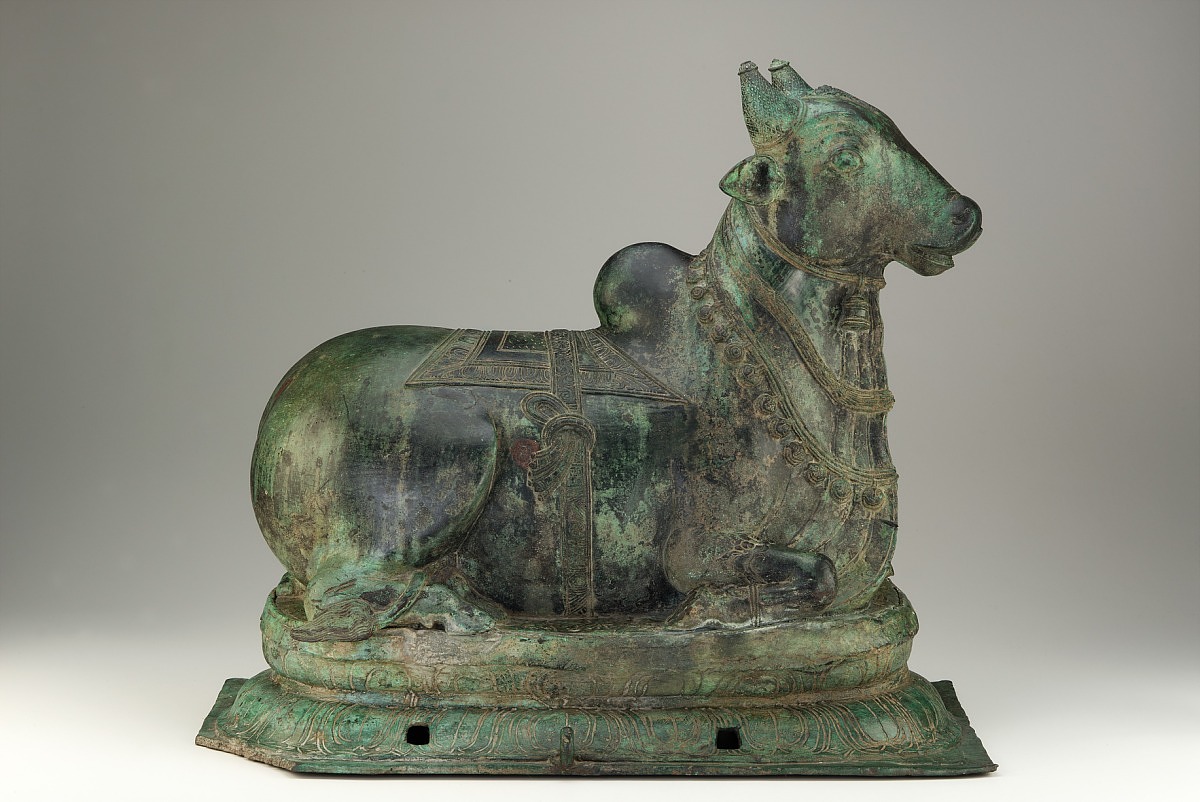 From 1985
Freer Gallery of Art, purchased from Robert Hatfield Ellsworth in 1985

[1] According to Robert Hatfield Ellsworth, Mrs. Anne Burnett Tandy had owned the object since the late 1930s or early 1940s. In late 1969 or early 1970, Ezra Stoller photographed Mrs. Tandy's house for "House and Garden" magazine. Among those photographs is one showing the object displayed outside the house, beside the swimming pool. These photographs establish that the object had been out of India before 1969-70 (see Curatorial Note 7 in object record).

[2] According to Curatorial Note 7 in object record.

The bull Nandi (literally, the Joyous One) is the vehicle upon which the god Shiva rides.  In temples devoted to Shiva, an image of Nandi is always placed before the shrine, facing his master. This bronze Nandi is a festival image that would have been taken through the town by devotees, who threaded poles through the rings on the base and carried it on their shoulders during temple processions in southern India. While it would have been adored in its own right as the trusted mount of the god, it would certainly have accompanied a festival image of Shiva.

Nandi rests casually on a double-lotus pedestal with his tail draped over his hind legs. He has the distinctive hump of an Indian bull, and is lavishly adorned with jewelry in a manner befitting his stature, from the metal covers on his horns to his anklets. A triple-strand garland hangs round his neck, and an ornate saddle cloth is secured to his back with a decorative metal strap. 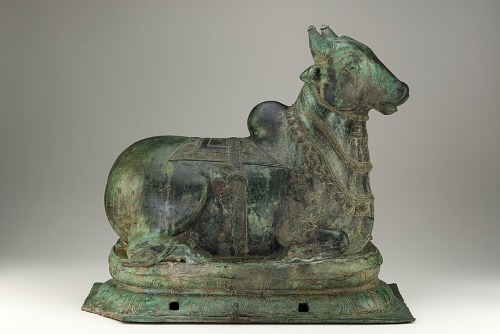