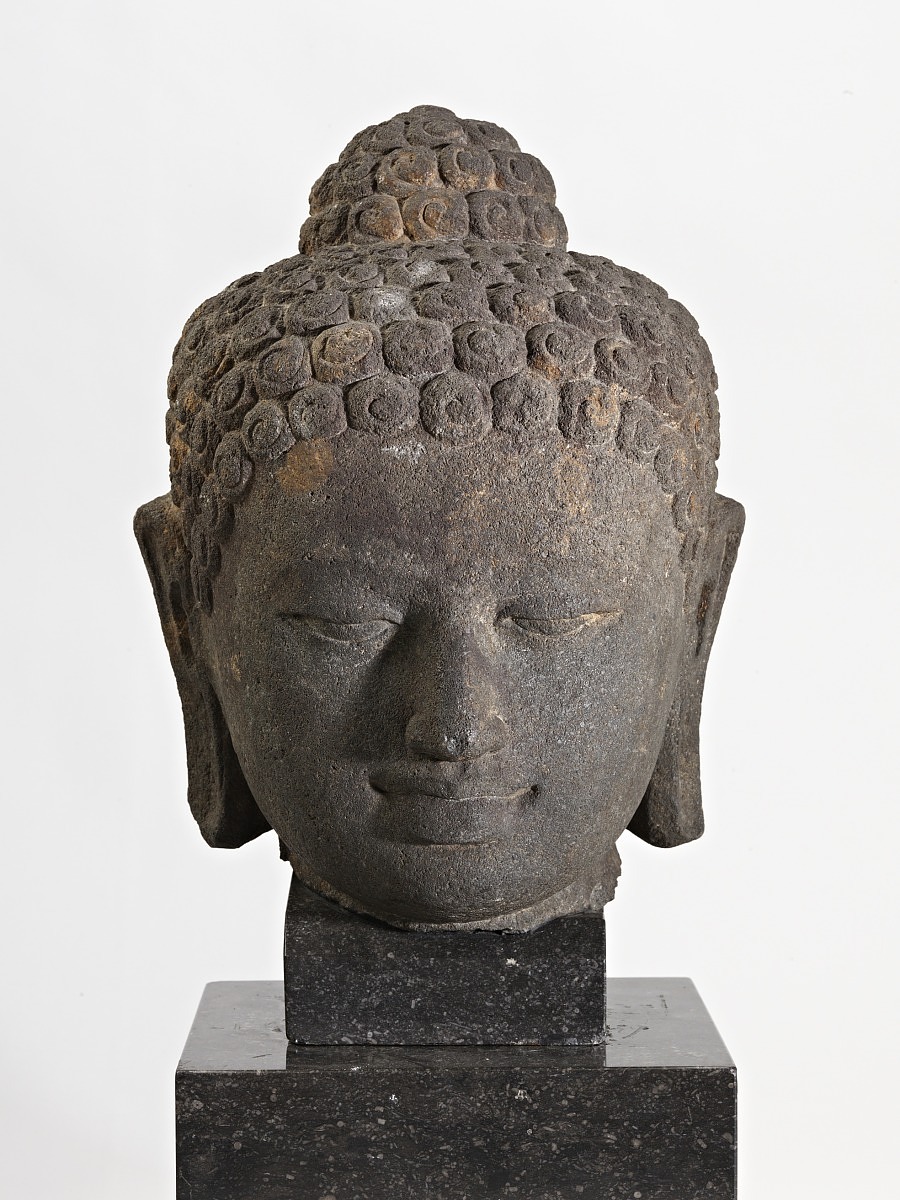 [1] See "Catalogue of the Von der Heydt Loan to the Buffalo Museum of Science: Loan Material from Baron Von der Heydt, as of March 1949," where the sculpture is documented together with Head of the Buddha, FSC-S-16 under an inventory card no. 4670, copy in object file. According to information on the inventory card, Eduard von der Heydt purchased the two sculptures from Kelman Joseph Ptasnik in May 1946. Ptasnik was related through his wife to Aaron Vecht (1886-1965), the owner of Art Gallery A. Vecht in Amsterdam and one of von der Heydt's main dealers. Around 1939 Vecht sent a portion of his gallery's stock to London and New York where Ptasnik was responsible for organizing storage for sent objects [information kindly provided by Constant Vecht, Aaron Vecht's grandson and director of Kunstzalen A. Vecht, in email correspondence of January 27, 2009, in object file]. Head of the Buddha, FSC-S-16, purchased by von der Heydt from Ptasnik together with F1978.35, was previously owned by Vecht and was exhibited in United States in 1939 (see provenance record for FSC-S-16), therefore it is possible that Ptasnik obtained F1978.35 also from Vecht or acted on his behalf.

[2] See "Catalogue of the Von der Heydt Loan to the Buffalo Museum of Science" cited in note 1.

[4] Attorney General, Robert Kennedy authorized transfer of the von der Heydt collection from Buffalo Museum of Science to the custody of the Smithsonian Institution in March 1964. The collection was transferred to the National Museum of Natural History. In 1966 US Congress legislated transferring the title of the von der Heydt collection to the Smithsonian Institution, see Public Law 89-503, 80 Stat. 287, July 18, 1966. The sculpture was accessioned under no. 448107, see "Smithsonian Office of Anthropology Accession Data," copy in object file.

[5] The sculpture was among 13 objects in the von der Heydt collection transferred from National Museum of Natural History to the Freer Gallery of Art, see "Smithsonian Institution Intramural Transfer of Specimens" memorandum, dated January 29, 1973, copy in object file. The sculpture was accessioned to the Freer Gallery Study Collection under no. FSC-S-17 and subsequently transferred to the permanent collection in August 1978.

No matter when or where an image of the Buddha was made, notable markers of his identity remain the same. These characteristics, which include the cranial bump or hair bun (ushnisha) and the dot between his eyes (urna), are outward signs of his inner perfection. His long earlobes, stretched by the plug-disk earrings he wore as a prince, remind us that he renounced all worldly attachments.

In the eighth and ninth centuries, heightened contact with India brought the teachings of Buddhism to Indonesia, where it was adapted and transformed. Indonesia's rulers patronized monumental sacred constructions that blended Indic traditions of building with local imagery and architectural techniques. The great stupa-mandala of Borobudur, and the structural temple Candi Sewu are the best known Buddhist monuments, but dozens more once spread across the Javanese landscape. The consistent style of carving the Buddha throughout Java in the eighth and ninth centuries is remarkable. This head may come from any one of these sites. 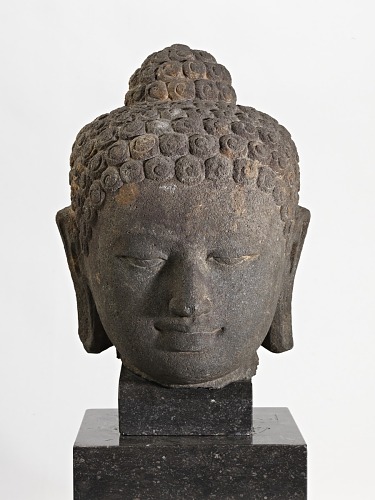