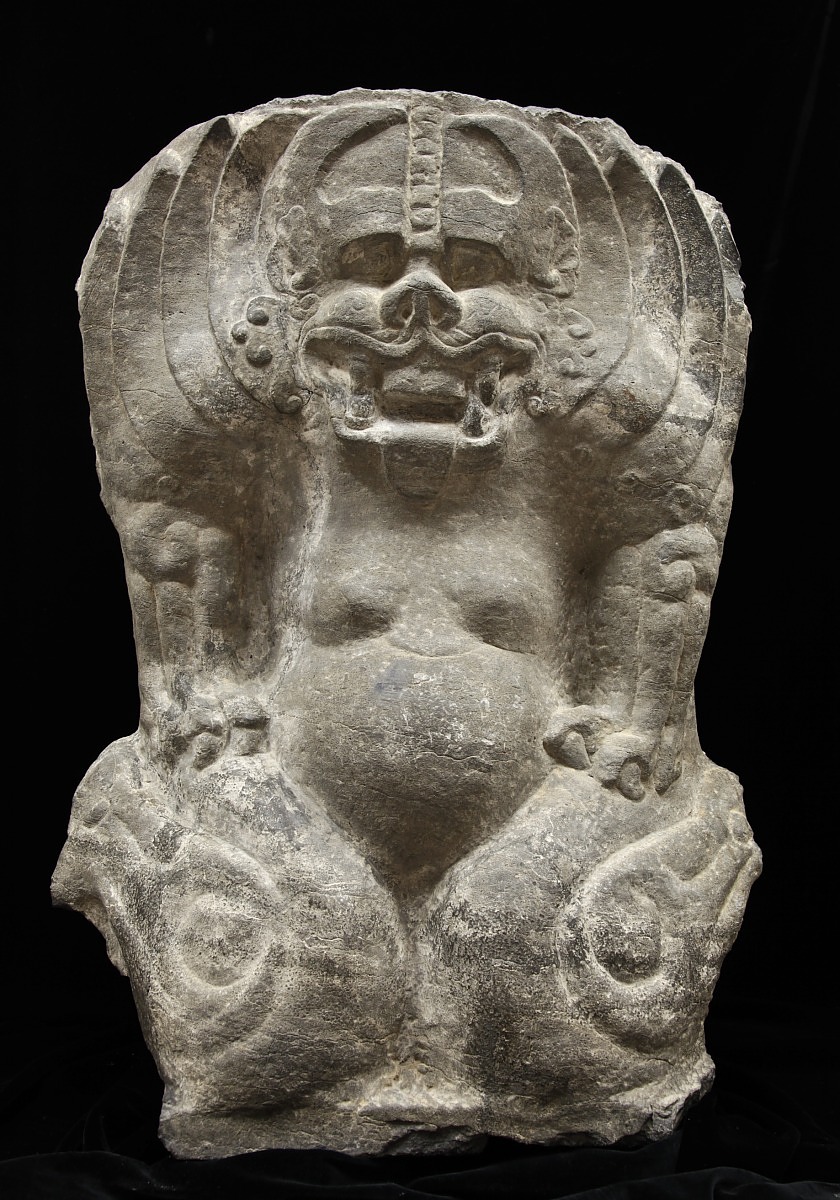 From 1951 to 1964
US Government vested Eduard von der Heydt's property under the provisions of "Trading with the Enemy Act" by vesting order, dated August 21, 1951 [5]

From 1973
Freer Gallery of Art, transferred from National Museum of Natural History on January 29, 1973 [7]

[2] Mizuno Seiichi and Nagahiro Toshio illustrated the sculpture and described it as being in the possession of a Beijing antique shop in a publication based on a survey they had conducted in 1936, see Mizuno Seiichi and Nagahiro Toshio, Kyodosan sekkutsu [The Buddhist Cave-Temples of Hsiang-t'ang-ssu on the Frontier of Honan and Hopei] (Kyoto: Toho bunka gakuin Kyoto Kenkyujo, Showa 12, 1937), p. 105, pl. 6b.

[5] See Vesting Order No. 18344, August 21, 1951, Office of Alien Property, Department of Justice. Eduard von der Heydt exhausted all the legal remedies against the forfeiture of his property provided to him by the Trading with the Enemy Act.

[6] Attorney General, Robert Kennedy authorized transfer of the von der Heydt collection from Buffalo Museum of Science to the custody of the Smithsonian Institution in March 1964. The collection was transferred to the National Museum of Natural History. In 1966 US Congress legislated transferring the title of the von der Heydt collection to the Smithsonian Institution, see Public Law 89-503, 80 Stat. 287, July 18, 1966. The sculpture was accessioned under no. 448098 B, see "Smithsonian Office of Anthropology Accession Data," copy in object file.

[7] The sculpture was among 13 objects in the von der Heydt collection transferred from National Museum of Natural History to the Freer Gallery of Art, see "Smithsonian Institution Intramural Transfer of Specimens" memorandum, dated January 29, 1973, copy in object file. It was accessioned to the Freer Gallery Study Collection under no. SC-S-10 in 1973 and subsequently accessioned to the permanent collection in 1977.

Half-human, half-animal monsters served as the bases of columns in Cave 7 at Xiangtangshan, so visitors viewed the scultpures looking down upon them. The figures represent guardians of the Buddhist law. 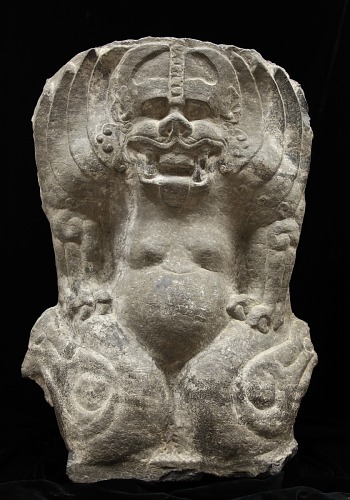 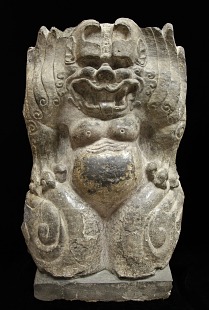