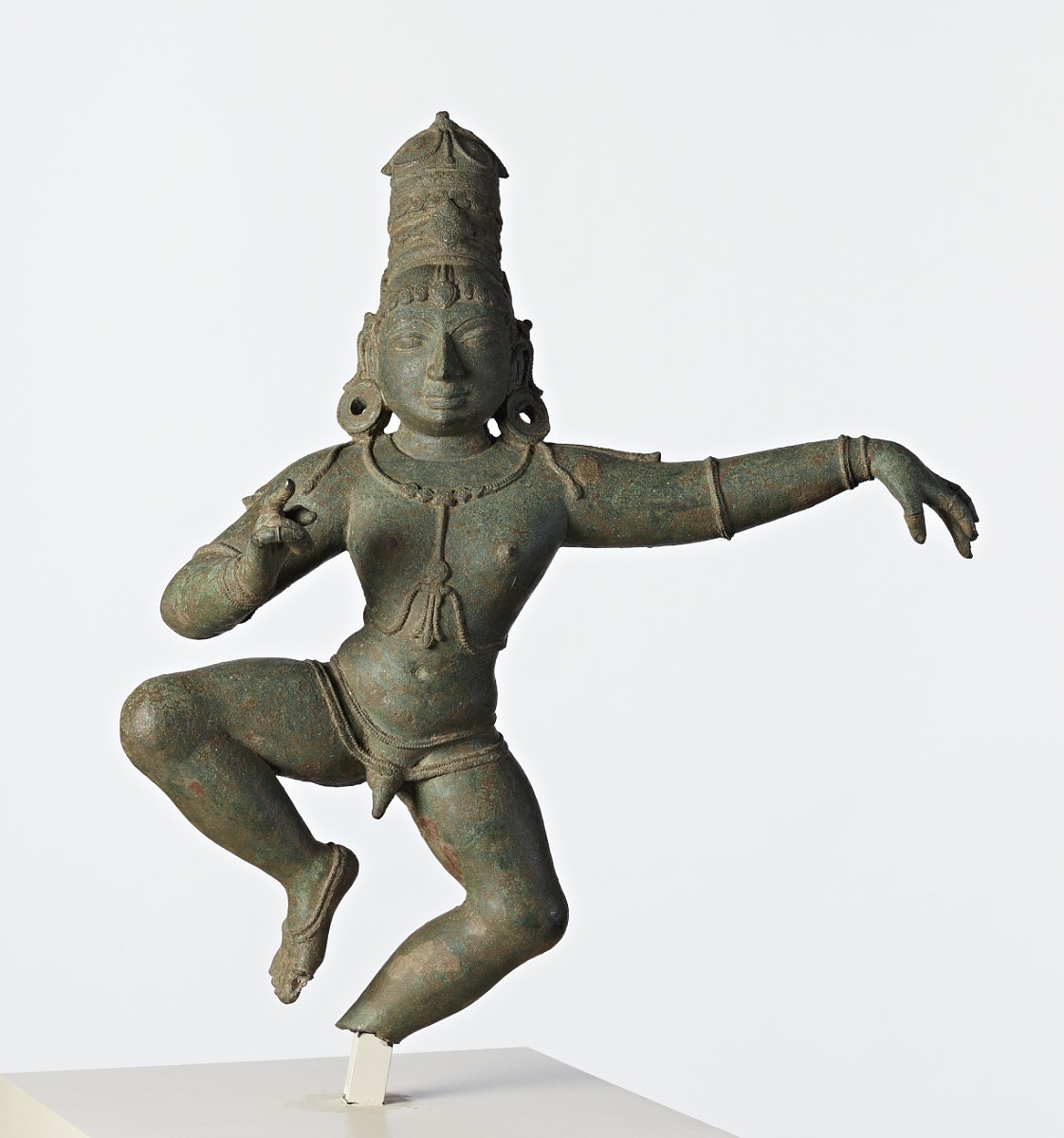 The child saint Sambandar, one of a group of sixty-three saints who adored Shiva, lived in the seventh century in the south Indian state of Tamil Nadu. Complete sets of images of these saints, known as the Nayanmars, are found in all major Tamil temples, where Sambandar has been immortalized for his joyous songs in praise of Shiva. Sambandar may be identified by the pointing index finger of his right hand.

According to legend, the three-year-old child accompanied his father to the temple and began crying for food while his father was preoccupied with rituals. When the father returned, he found the child contented holding a golden cup, with milk trickling down his chin. When asked who had given him the cup of milk, Sambandar pointed upwards toward figures of Shiva and Parvati carved upon the temple tower. The child then burst into joyous song, singing the glories of the god and goddess. The imagery of this dancing child closely resembles that of the well-known god Krishna, an incarnation of the god Vishnu who is also celebrated as a child. 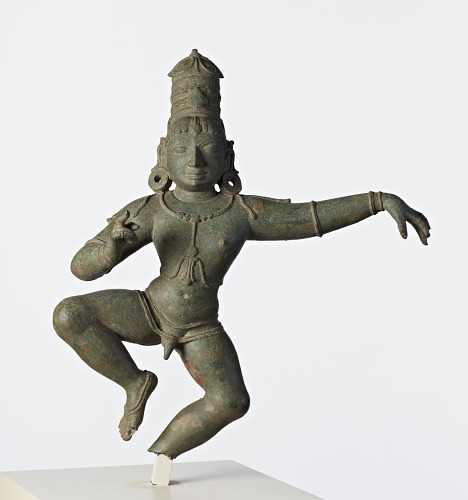