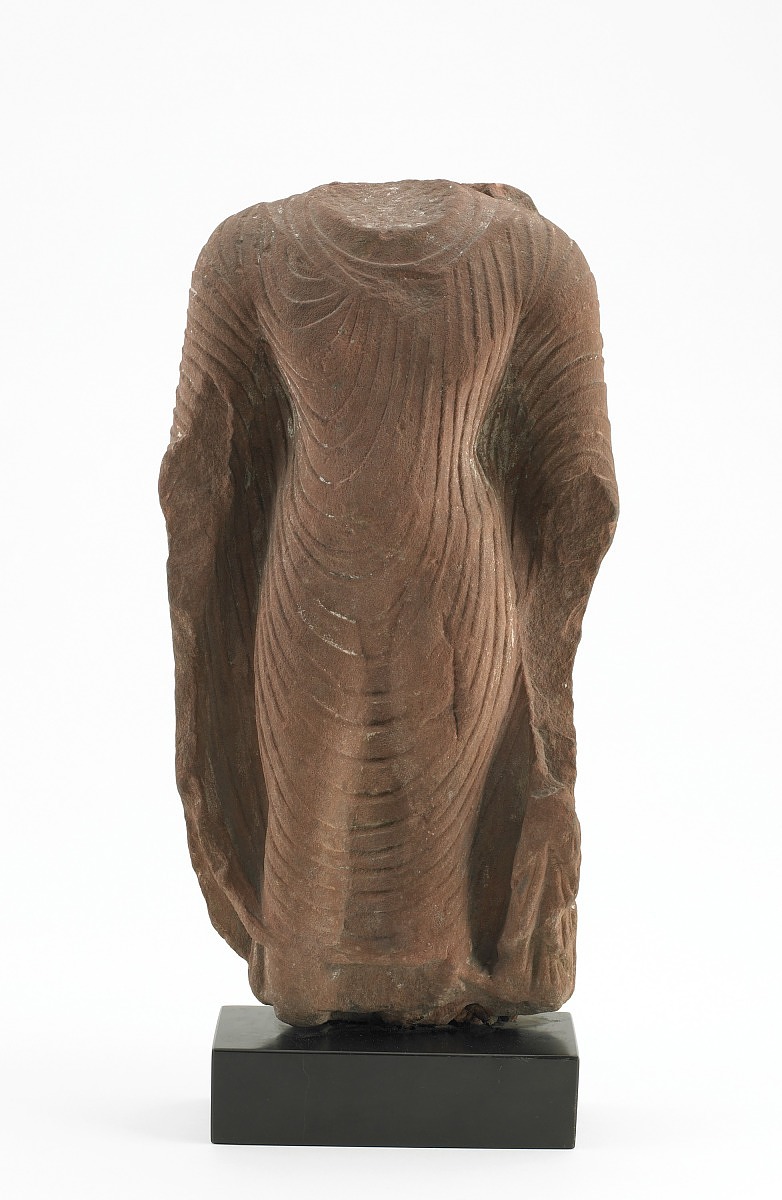 [4] Attorney General, Robert Kennedy authorized transfer of the von der Heydt collection from Buffalo Museum of Science to the custody of the Smithsonian Institution in March 1964. The collection was transferred to the National Museum of Natural History. In 1966 US Congress legislated transferring the title of the von der Heydt collection to the Smithsonian Institution, see Public Law 89-503, 80 Stat. 287, July 18, 1966. The sculpture was accessioned under no. 448111, see "Smithsonian Office of Anthropology Accession Data," copy in object file.

[5] The sculpture was among 13 objects in the von der Heydt collection transferred from National Museum of Natural History to the Freer Gallery of Art, see "Smithsonian Institution Intramural Transfer of Specimens" memorandum, dated January 29, 1973, copy in object file. The sculpture was accessioned to the Freer Gallery Study Collection under no. FSC-S-13 and subsequently transferred to the permanent collection in August 1976.

Located in central India, Mathura has had a long and illustrious history as a major religious center for Buddhism, Hinduism, and Jainism. It is, understandably, one of the richest areas for archaeological discovery in all of India.

Although Mathura was an important political center unde the Kushan empire, the religious images created by its artisans were predominantly Indian in form, unlike those of other Kushan centers that were influenced by Hellenistic styles. The most imposing of all Buddhist sculpture created by Mathura artists are those dating from the Gupta period (320-600 A.D.). Carved from the characteristic reddish-brown sandstone of the region, these figures stand frontally, with broad shoulders and slightly attenuated proportions. Despite the fact that these figures are fully clothed in monastic robes, it was the representation of pliant flesh that interested the Mathura sculptors. Thus, the drapery folds are reduced to a pattern of raised threads that fall in concentric loops over the body, emphasizing its sensuality. As a contrast to the restrained modeling of the Buddha images, Mathura sculptures of the Gupta period frequently are fitted with large ornamentally carved, floral halos. A lifesize standing Buddha, now in the Indian Museum, Calcutta, represents the classic Mathura image of the Gupta period (Reproduced in Benjamin Rowland, The Art and Architecture of India (2nd ed.; Harmondsworth, England, 1956), pl. 80).

This small image of a standing Buddha in the Freer Gallery reflects the classic Mathura tradition on a modest scale. Although the figure has been damaged, its proportions and the reddish-brown sandstone are typical of the fifth century. The linear folds of the clinging garment are arranged symmetrically over the body. While both hands are missing, it is likely that the right hand displayed abhaya mudra ("fear-not" gesture), and the left hand held the hem of the outer garment. 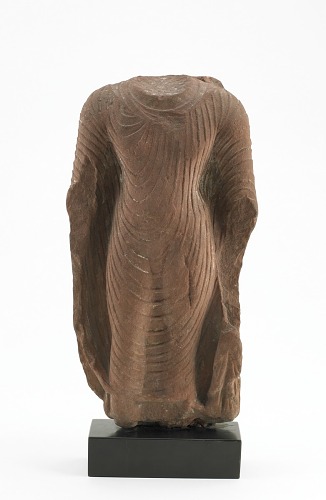