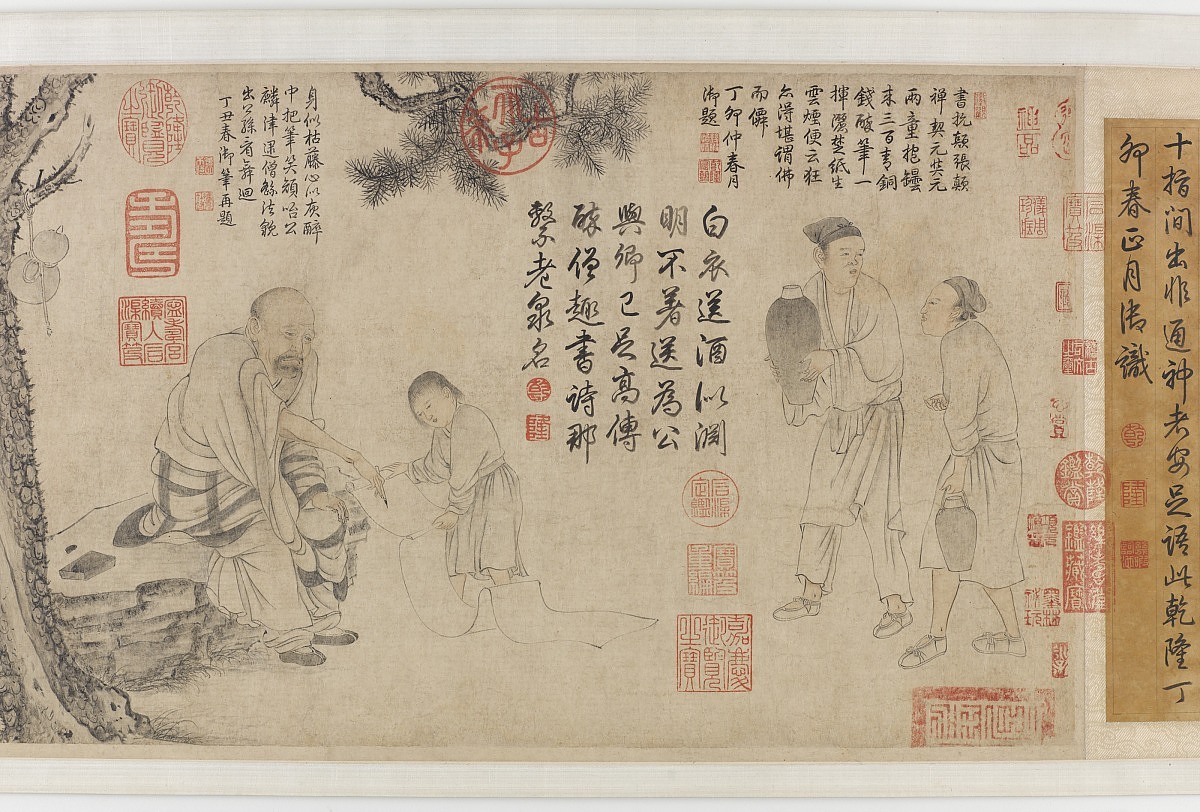 [2] Two collector seals of Zhang Liu appear on the scroll. Zhang Liu was a mounter of paintings and calligraphy from Yangzhou in the Yangzi delta who later became an art dealer and both supplied and mounted numerous works for the northern collector Liang Qingbiao. See “Song and Yuan Painting and Calligraphy,” cited in note 1.

[3] Four collector seals of Liang Qingbiao are located on the scroll. See “Song and Yuan Painting and Calligraphy,” cited in note 1.

[4] Six collector seals of An Qi are located on the scroll. See “Song and Yuan Painting and Calligraphy,” cited in note 1. The painting was recorded by An Qi in the catalogue of his collection, An Qi, Moyuan huiguani (preface 1742) (Beijing: Hanwenzhai, 1914), vol. 4, juan, Bei song, 1:7a-8a.

[6] One Jiaqing’s seal has been identified on the scroll, see See “Song and Yuan Painting and Calligraphy,” cited in note 1.

[7] Pang Yuanji’s collector seal is located on the scroll. The outside label slip bears an inscription written by the calligrapher He Weipu (1842-1922): “Drunken Monk, by Li Boshi [Li Gonglin]. Treasured in the collection of Xuzhai [Pang Yuanji],” see “Song and Yuan Painting and Calligraphy,” cited in note 1. The painting is listed with detailed description in the catalogue of Pang Yuanji’s collection , Pang Yuanji, Xuzhai minghua lu (Shanghai: Shangyouxuan, 1909), 1:1a-4b. as well as in the bilingual catalogue compiled by Pang on the occasion of the Panama-Pacific International Exposition in San Francisco, Pang Lai Ch’en [Pang Yuanji], Biographies of Famous Chinese Paintings: From the Private Collections of L.C. Pang, Che-kiang, China (Shanghai: Mercantile Printing Co., 1915), p. 28-29.

[8] The scroll was among the paintings brought by Pang Yuanji with the assistance of his cousin Pang Zanchen and the dealer C. T. Loo, to the United States on the occasion of the Panama-Pacific International Exposition in San Francisco in 1915, see Pang Lai Ch’en [Pang Yuanji] 1915, p. 28-29. The Meyers examined the painting in New York prior to its transfer to San Francisco in March and April 1915, see Eugene Meyer’s telegram to Charles L. Freer, April 30, 1915, Eugene Meyer Papers, Library of Congress, copy in object file. The purchase of the scroll was confirmed by C. T. Loo & Co.’s invoice, issued to Eugene Meyer on May 15, 1915. Agnes E. Meyer recorded the painting in her book Chinese Painting: As Reflected in the Thought and Art of Li Lung-mien, 1070-1106 (New York: Duffield & Co., 1923), p. 365, no. 61. 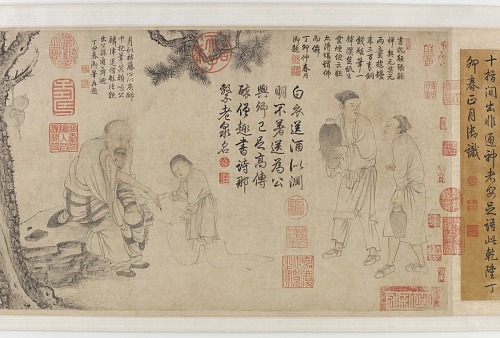