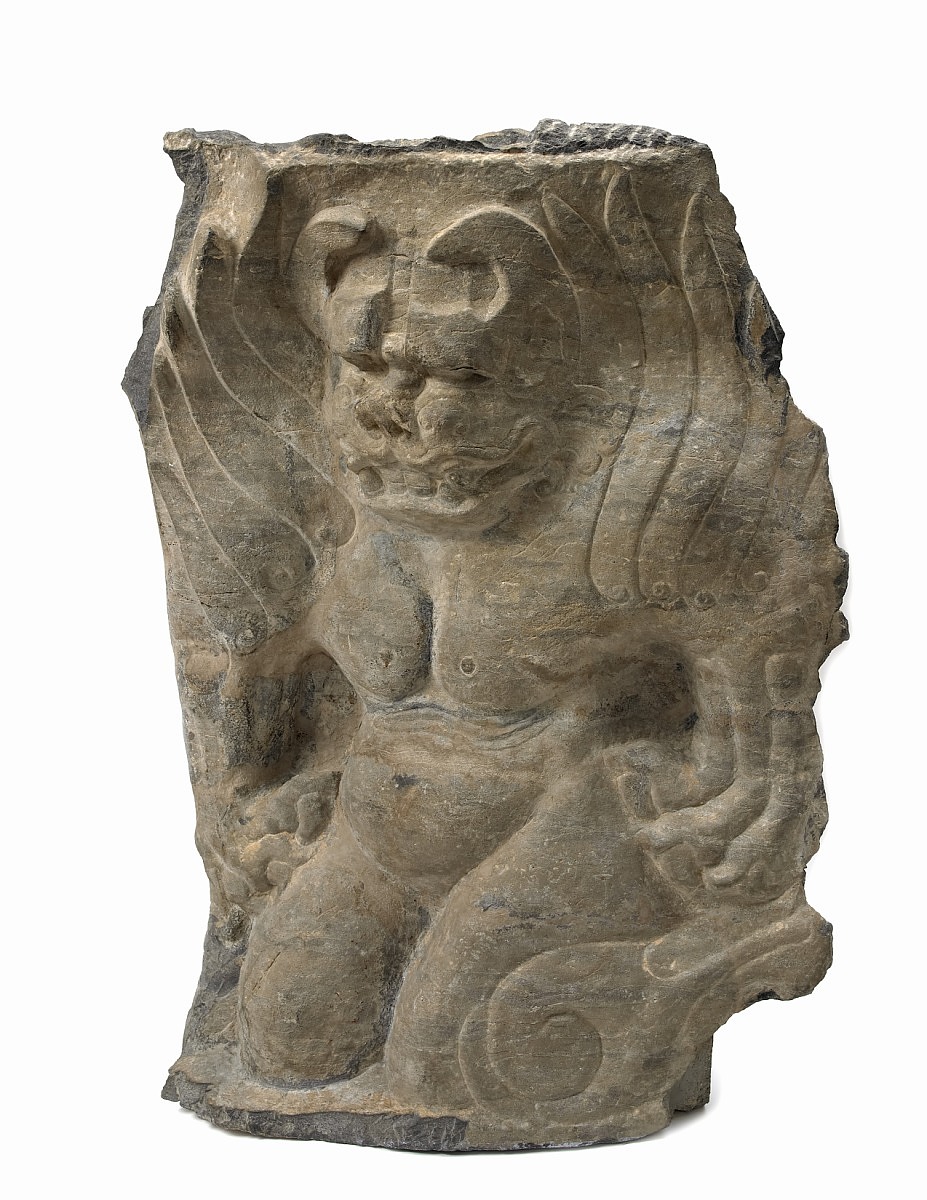 This pillar base in the shape of a guardian-demon originally belonged to the same cave-temple that F1953.87 was taken from in the early twentieth century. Probably this object was removed from China around the same time as the other one, in 1916, and when it surfaced on the art market in the 1950s, the Freer Gallery of Art purchased it. This figure was taken from a flat sidewall, while the angled base of the other guardian-demon (F1953.87) indicates that it was originally positioned at the lower corner of the central pillar in the cave. 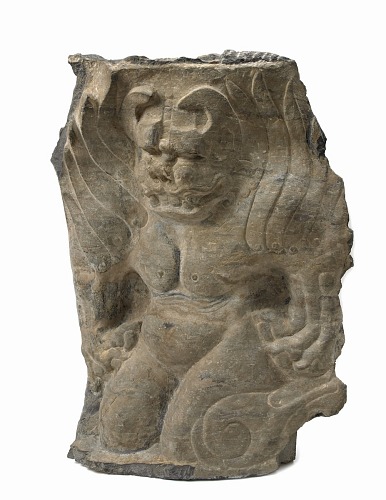 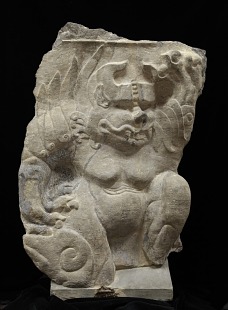