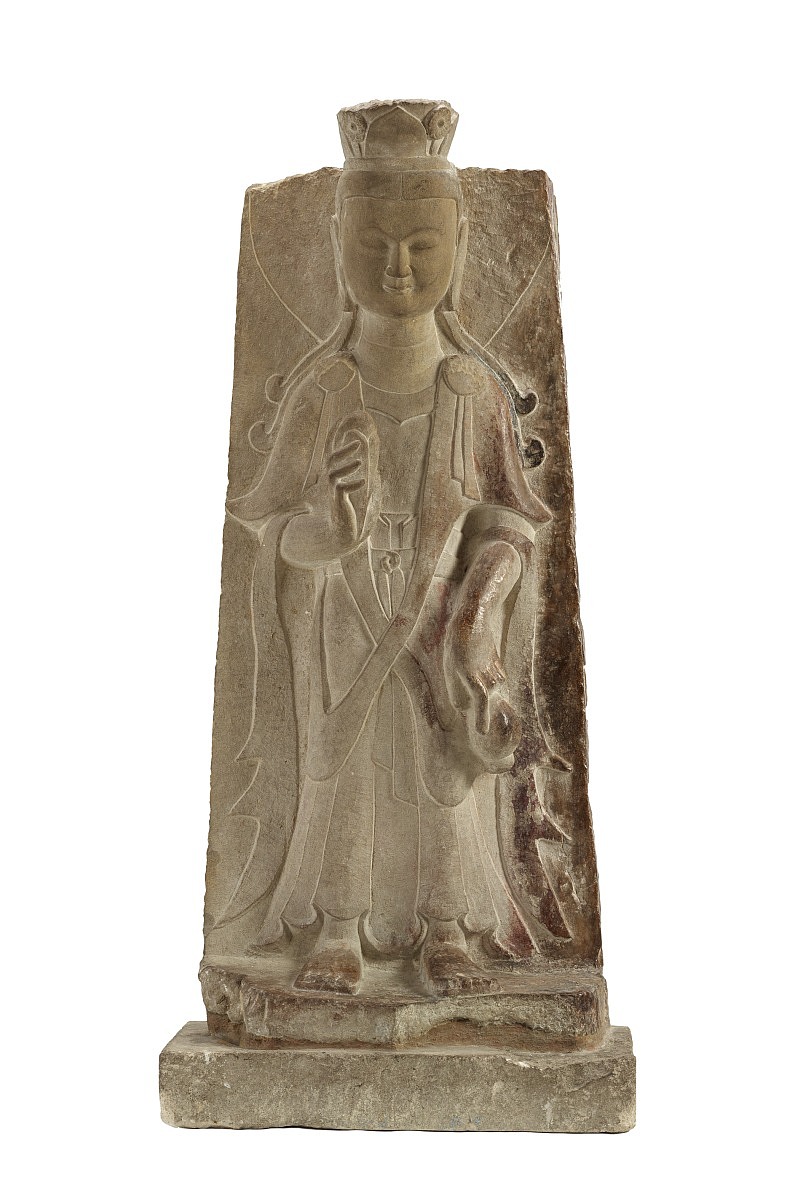 Medium
Sandstone with traces of pigment

[1] The original location of the sculpture in the Gongxian cave was confirmed by Stanley Abe in 2001. The measurements and details of the sculpture correspond to a blank area to the right of a seated Buddha sculpture in Cave 1, niche 1; the mirror image of the Freer sculpture is still in place to the left of the Buddha, see Jan Stuart and Chang Qing, "Chinese Buddhist Sculpture in a New Light at the Freer Gallery of Art," Orientations 34, 4 (April 2002), pp. 29 (ill.), 30-31.

[2] According to annotations on C. T. Loo's stockcard no. NLP-44/908 cited in note 4, the statue was brought to Berlin by Friedrich Perzynski, a German expeditionist, collector, dealer, and writer, in or about 1914.

The relief sculpture is from Gongxian, a small site of five Buddhist cave-temples in Henan Province, in northern China. It was removed in the early part of the twentieth century and was in a private collection in Europe in the 1920s. Its original position was in a niche on the rear wall of Gongxian Cave 1, as an attendant bodhisattva (enlightened being) to the right of a seated Buddha image. A recent visit to the site conclusively confirmed the original location. Before this proof, some scholars speculated that the sculpture might be a copy, on the basis of the relatively large, evenly shaped background behind the figure, as well as the work's pristine condition.

The bodhisattva wears a crown and a cape, adorned with a disk and ribbons on each shoulder, that crosses the body in a distinctive X pattern. He holds a flask and a lotus bud. The figure's face is soft and fleshy, and the drapery (especially on the left), in contrast, is crisp and sharp. The light-colored, smooth surface on the left indicates areas that were cleaned and probably recut after the removal of the work from its original site. 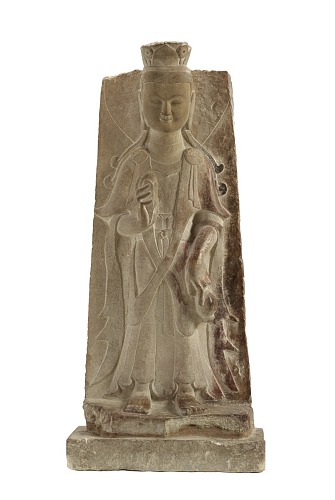