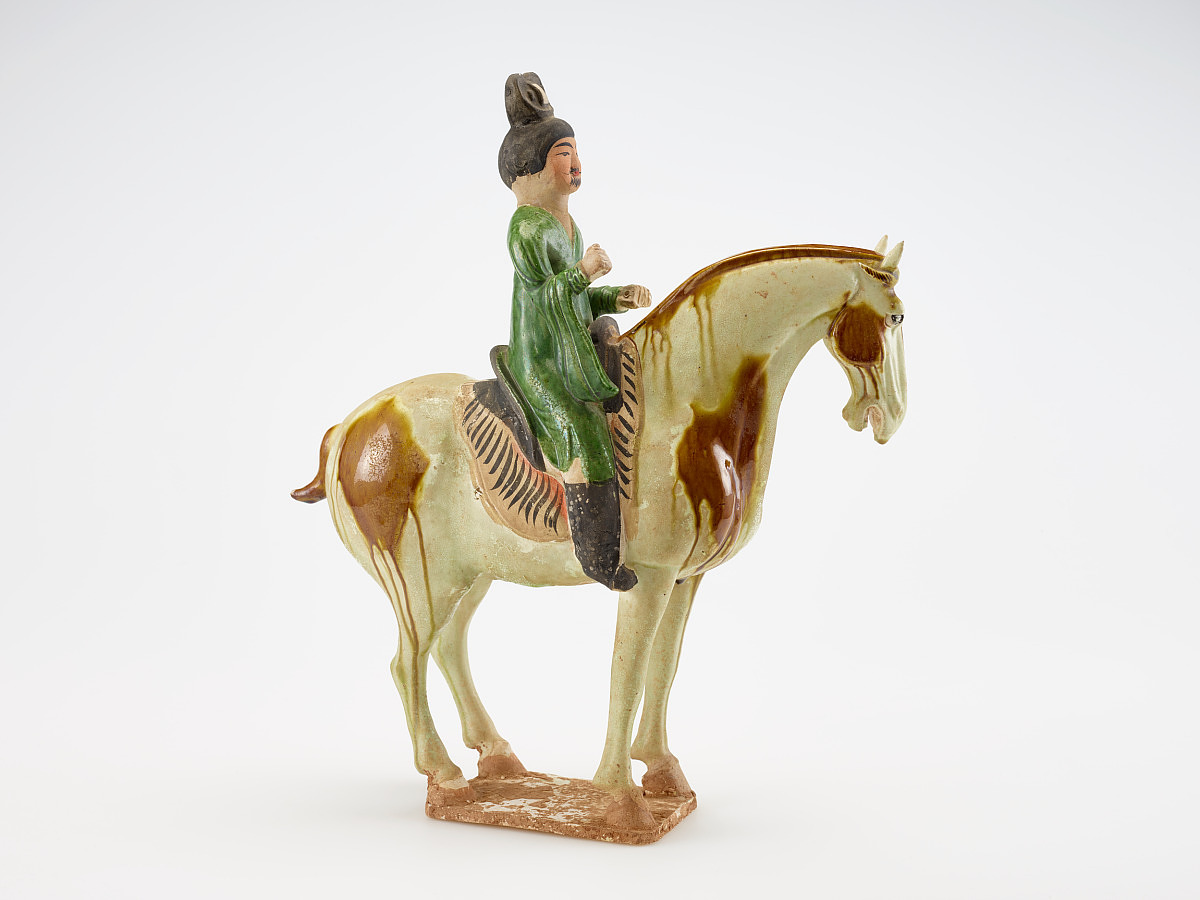 [1] See C. T. Loo's stockcard no. 46077: "Pottery equestrian statuette of a horse and rider, wearing a hea[r]t shaped hat, wide sleeved green coat, black boots, astride on a greenish creamy Alzan with large brownish splashes, trimmed mane and tail Central Asia, T'ang, Ht: 15 ¾ in. Length: 15 in," copy in object file. According to an annotation on the stockcard, the object was acquired in China from J. T. Tai in February 1948.

According to some sources, the object belonged to a group of sixteen equestrian figures reportedly excavated from a tomb at Luoyang, Henan province prior to 1943, see Christie's, New York, Fine Chinese Ceramics, Jades and Works of Art, auction cat. (New York: June 4, 1987), under lot 195 and Annette L. Juliano, Bronze, Clay and Stone: Chinese Art in the C. C. Wang Family Collection (Seattle and London: University of Washington Press, 1988), under cat. no. 54.

[2] See Loo's stockcard cited above. The object was transferred to the Freer Gallery in April 1948, see C. T. Loo's Approval Memorandum, dated April 14, 1948, copy in object file. In the memorandum, Loo stated that the object was excavated in Sian Fu [Xi'an], Shaanxi province. 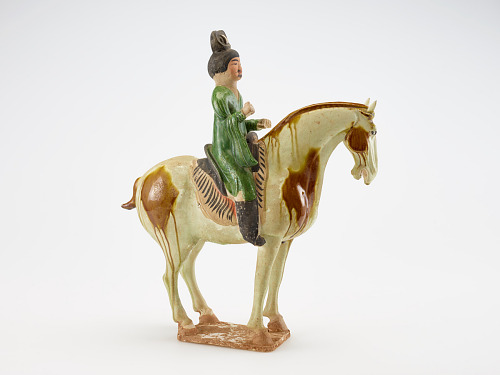