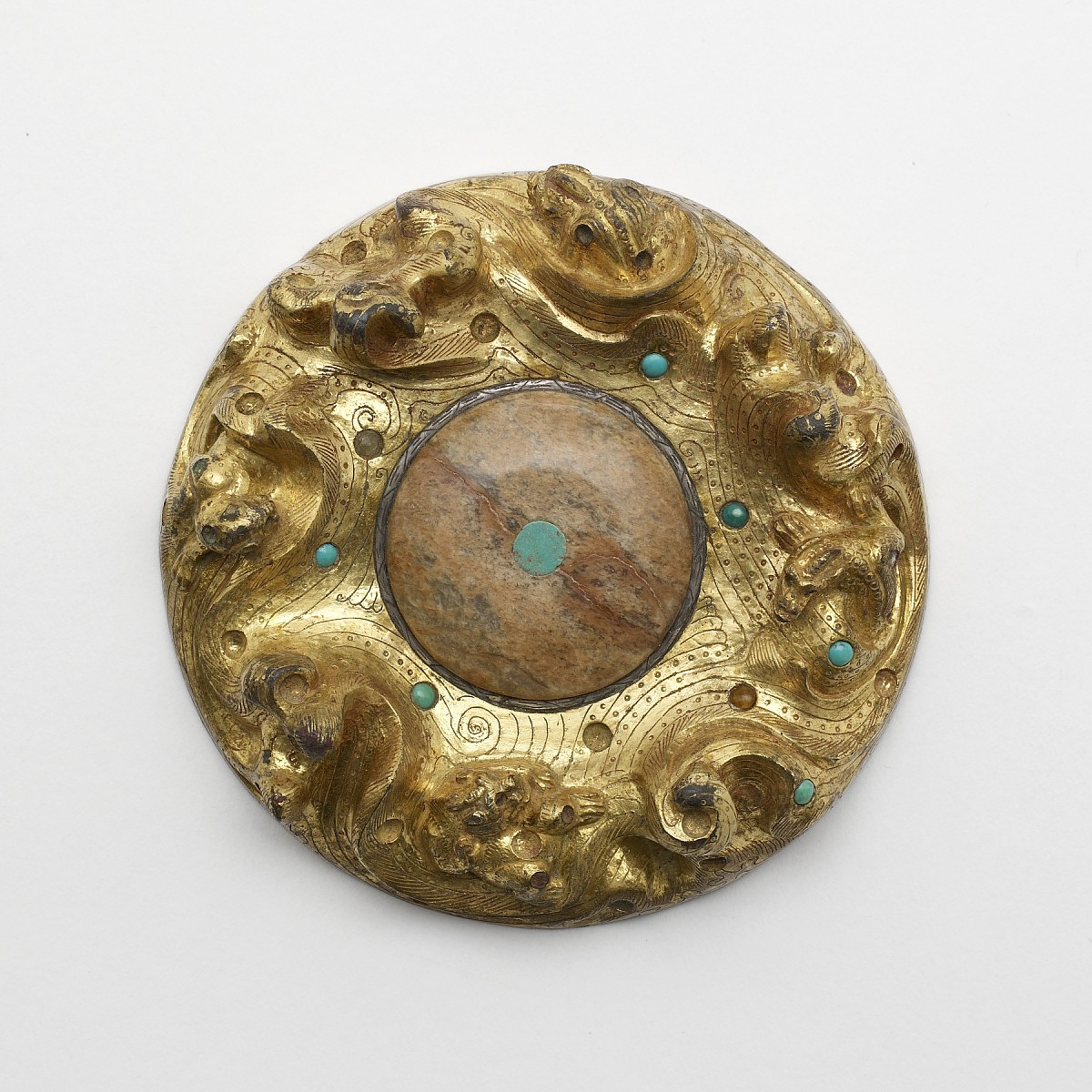 [1] See C. T. Loo's stockcard no. 46032: "Bronze cover, gilded and inlaid with jade and semi precious stones, four mountain-like waves with animals, finely molded and covered with a heavy gild, in the center a flat round jade knob Late Chou," copy in object file. According to an annotation on the stockcard, Loo purchased the object from J. T. Tai in China.

The combination of thick gilding and colorful semi-precious stone inlays is characteristic of Han decoration. The subject matter--animals among mountain peaks--alludes to the ideal landscape of the immortals, where man and beast roam free and in harmony with nature. The function of this ornament is unclear, but it may have served as a decorative inset in a much larger piece of furnishing. 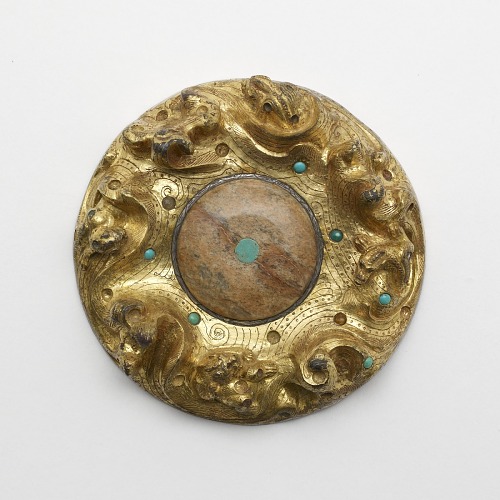