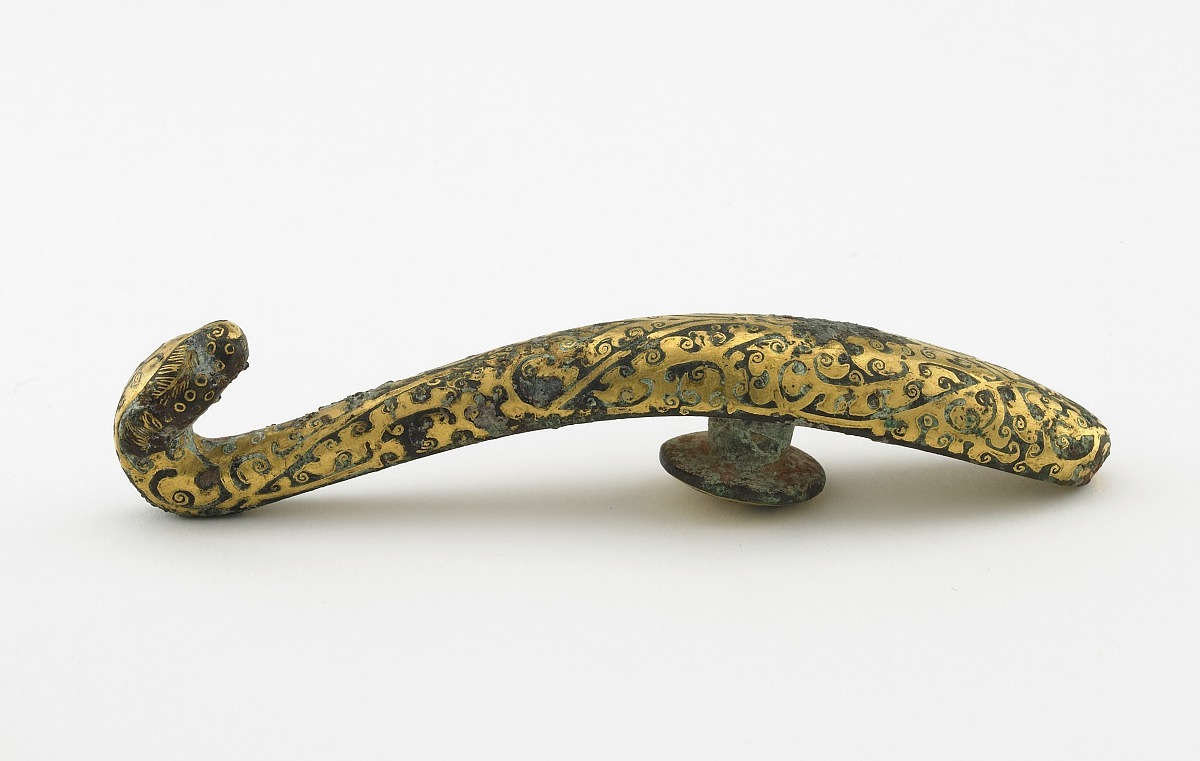 [1] See C. T. Loo's stockcard no. 46141: "Gild bronze buckle, curved rounded body with dragon's head hook, entirely covered with floral motives in gold inlaid. Late Chou," C. T. Loo & Frank Caro Archive, Musée Guimet, Paris, copy in object file. According to an annotation on the stockcard, Loo purchased the object from J. T. Tai in China. Jun Tsei Tai (more commonly known in the West as J. T. Tai), known also as Dai Fubao in Shanghai, was a successful art dealer who was initially based in Shanghai China. Tai became one of C. T. Loo's most prolific suppliers in the 1940s. In 1949, however, J. T. Tai fled with his family to Hong Kong, when Communist leaders came into power. In 1950, he immigrated to New York City, where he established J. T. Tai & Company, a successful company that specialized in the sale of Chinese arts. 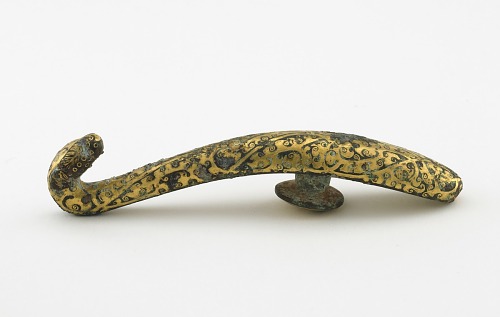