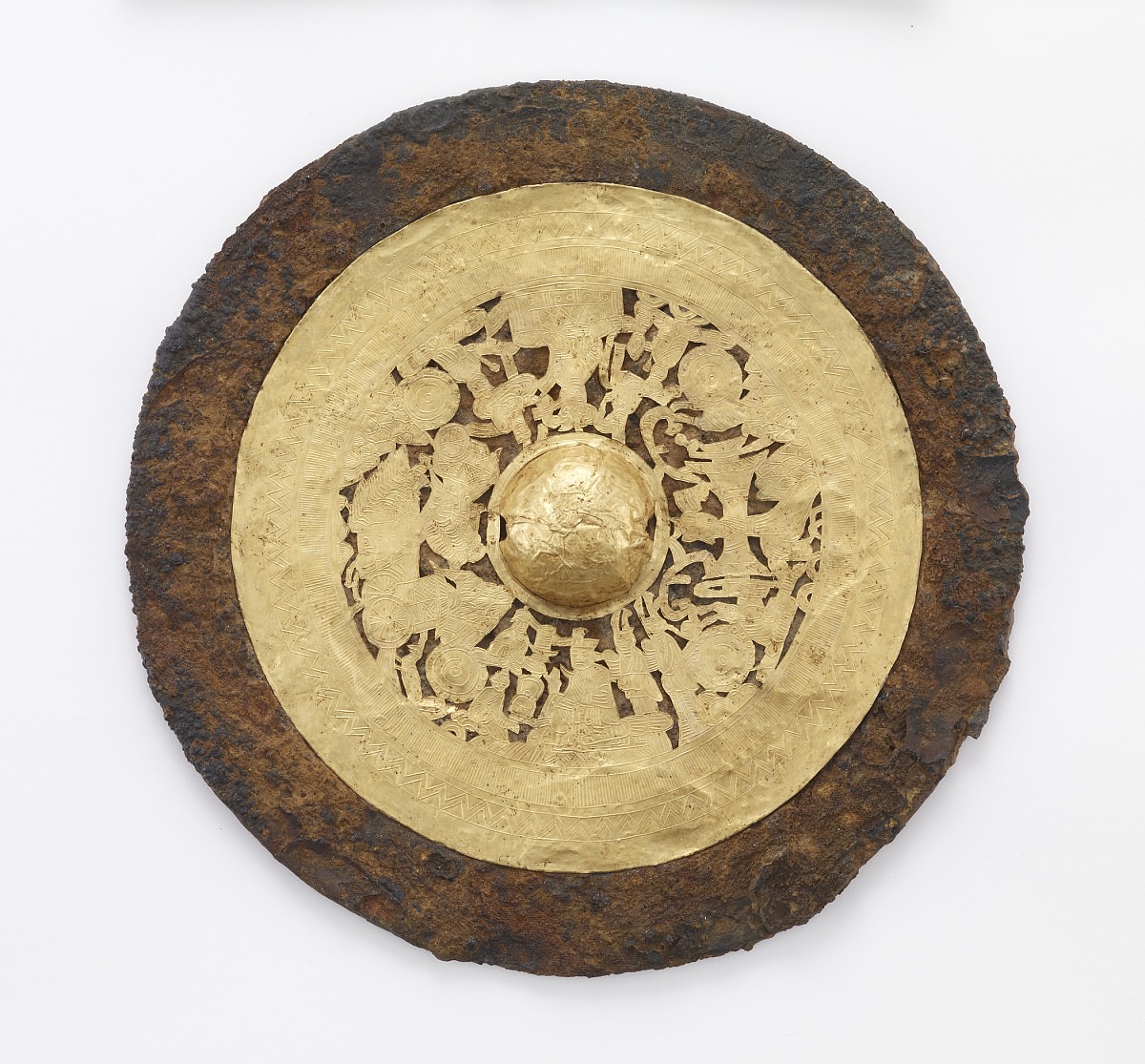 Medium
Iron with gold sheet and traces of silk

[1] See Yamanka & Company’s exhibition catalogue, Exhibition of Early Chinese Bronzes, Stone Sculptures and Potteries (New York: Yamanaka & Co., 1926), cat. 26 (ill.). This source cites a report according to which the mirror was excavated “on June 29 in the 14th year of the Republic (1925)”, from the tomb of the Empress-wife of the Emperor Guangwu, located at Mangshan, Luoyang, Henan province. It is impossible to verify the statements of this report. According to Anneliese Bulling, the high quality gold sheet and the elegant design of the mirror support the assumption that it was made for the wife of an emperor or for a member of his court. See A. Bulling, “The Decoration of Mirrors of the Han Period: A Chronology,” Artibus Asiae: Supplementum vol. 20 (1960), pp. 88-89, pl. 73.

[2] See Yamanaka & Company, To-So Seikwa: Select relics of the Tang and Sung Dynasties from the Collections in Europe and America (Osaka, 1929), vol. 2, pl. 48. The publication cites the report quoted in Yamanka 1926 but interprets the date of excavation as June 29, 1924.

[3] The mirror is included on “List of Objects Contemplated for Purchase by the Freer Gallery of Art,” approved by A. Wetmore, the Secretary of the Smithsonian Institution, on January 17, 1945, copy in object file.

[4] See Tonying & Company’s invoice, dated February 18, 1946, in which the mirror figures under no. G. 6: “Chinese Bronze Mirror with gold back, decorated with chariots, men, birds and flowers / Han,” copy in object file. See also A. G. Wenley’s letter to C. F. Yau, Tonying & Co., New York, dated February 15, 1946, copy in object file, in which Wenley confirms the acquisition of the mirror for the Freer Gallery’s collection. 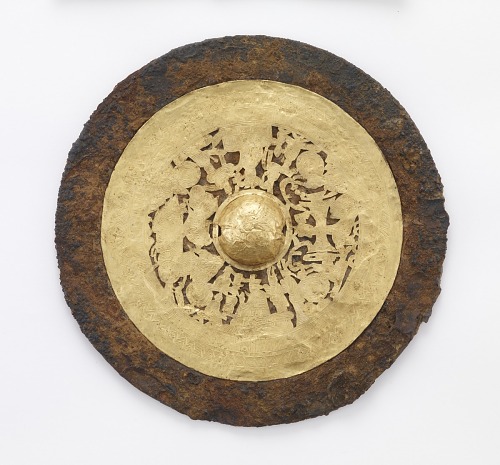