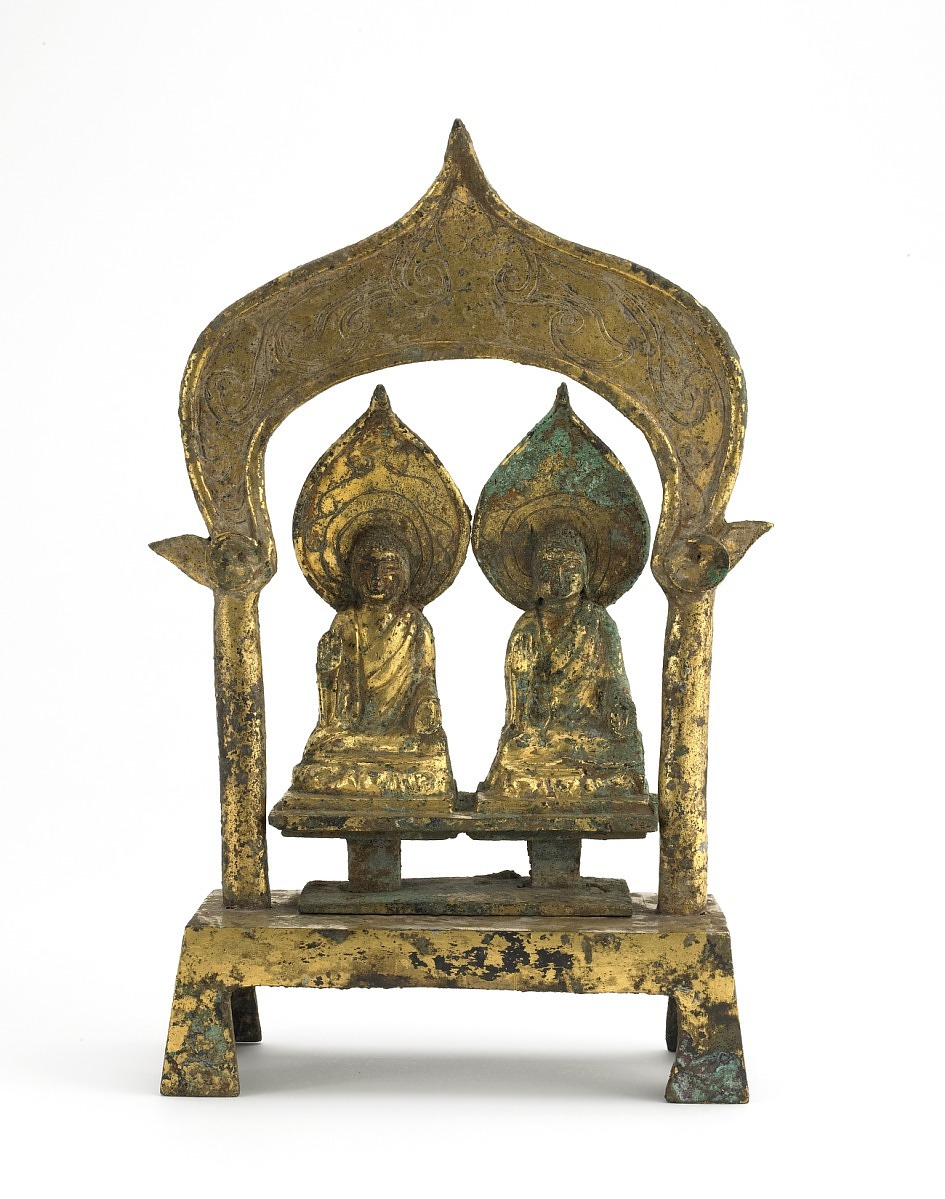 The Buddhas Duobao (Prabhutaratna) and Sakyamuni seated side by side. In two pieces, with wood stand. Surface: gilded; earthy incrustations, and green patina on worn areas. Inscription on rear of base. (Gilt bronze)

[2] See “List of Objects Contemplated for Purchase by the Freer Gallery of Art,” approved by the Secretary of the Smithsonian Institution on March 8, 1944, copy in object file.

The Buddhas Duobao (Prabhutaratna) and Sakyamuni seated side by side. In two pieces, with wood stand. Surface: gilded; earthy incrustations, and green patina on worn areas. Inscription on rear of base. (Gilt bronze)

The inscription is fairly clear except for the 25th character which is written [chn] and seems to be an abbreviation for [chn] to. Another curious thing about it are the 22nd, 23rd and 24th characters which also seem to be a Buddhist name, but the combination does not appear in any of the lists available to me. Iconographically, however, we seem to have here a representation referring to the [chn] Miao fa lien hua ching /Sddharma pundarika sutra/ or "The lotus of the wonderful law" traditionally said to contain the final teaching of Gautama Sakyamuni spoken toward the end of his life on the Vulture Peak in Nepal. In Chapter eleven of this sutra is told the story of how there appeared from the earth a stupa containing a former Buddha, Prabutaratna who extolled the teachings of Gautama and invited him to enter and sit beside him on his throne, which Gautama accordingly did. (See W.E. Soothill, The lotus of the wonderful law, pp. 162-163). Since we seem to have mentioned in the inscription the Chinese name for Prabutaratna, i.e., To-pao, it would seem to follow that the characters Hu-men-ho which precede it must be an attempt to express the name Gautama in dialect, -----or perhaps only the last character of the three ho refers to him, while the characters hu-men might refer to India, the country of the Buddha's origin and the Buddhist religion. The object was formerly in the collection of Mrs. Christian R. Holmes.

The inscription is carved on the back of the dais:

"Daye wunian shiyue ershiliuri gingxin shinu Zhang Pengle wei fumu jing zao Hu Menhe Duobao xiang yiqu" or "[Sui dynasty], daye era, fifth year (609 AD), tenth month, twenty-sixth day, the trusting female devotee Zhang Pengle for the sake of her parents had this image of Duobao [by the maker] Hu Menhe executed." The characters "Hu Menhe" are problematic because in similar inscriptions one finds in their place the characters for Skyamuni. I have translated them as if they were the name of the maker, but using the artisan's name is very uncommon. Because of this controversial name, A. Pontynen, "Philosophic Perennis Ars Orientalis, Oriental Art (Winter 1982/83): 359-367, has attempted unconvincingly (in my opinion) to demonstrate that this work is a Buddist-Daoist icon. 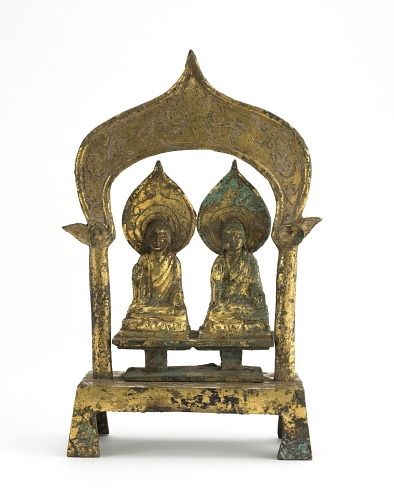